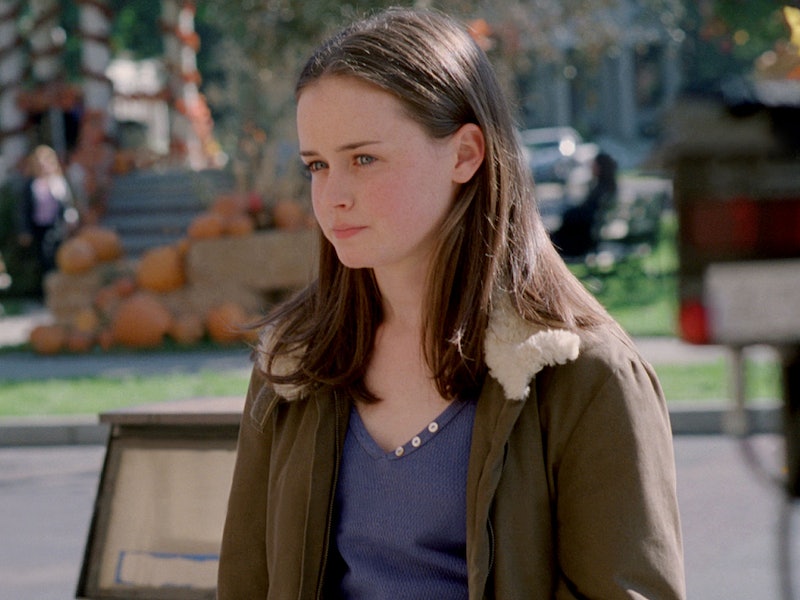 If I'm being perfectly honest, I've pretty much blacked out all of my teen years. It's not that anything particularly eventful or bad happened — when I look back on those years it's pretty much a blur of homework, after school sports, extra-currics up the wazoo, part-time jobs, and never, ever sleeping. Oh, and emotions. Lots of emotions. Like, catatonic for a month and then getting set off from something utterly inconsequential and bawling in a heap on the floor because reasons. It's an emotionally-fraught, vulnerable, hormone-surging time, and it was a miracle any of us survived it in the first place. I heard people tell me as a teen "you couldn't pay me to go back" (side note: what wizard is paying people to open time gaping rifts??), but only at a healthy distance on the other side of those shenanigans do I have a full appreciation of why.

And I can see plainly now, based on the way my own life and the lives of my friends shifted, that while your teenage years do not define you, they certainly did mold you. Whether willingly or not, those years were crucial in setting up the way you looked at the world, the way you behaved in your relationships, the way you thought of yourself as a person. So for as much crap as the teenage years get for being as astronomically difficult as they were, don't forget to thank your teenage self for all the following:

For Figuring Out Your Limits

High school was your first real, live experience with the mythical beast from those educational videos called "peer pressure" — and suddenly you were too old to duck out of by saying your mom would be mad, and too young to feel resolve in your decision without the aftertaste of embarrassment or FOMO. For the first time, you only had yourself. And maybe you made mistakes, and maybe you didn't, but either way you were a hell of a lot closer to understanding what made you comfortable and happy than you were when you started.

For Dealing With That First Big Heartbreak

It seems silly now, but it wasn't then. Your heart was swollen, you were so embarrassed, and everything you felt was magnified tenfold by the novelty of it all and the fact that you were sure the whole school knew. But you got through it. And you know that you will if you ever have to again.

For Navigating Your Adult Relationship With Your Parents

You were spectacularly bad at it. There was a lot of door-slamming. A lot of angry LiveJournaling. Some choice words you wish you had never said. But you got better, and so did they, and it all worked out in the end.

For Asking The Important Questions

Across the board, your sense of what was happening around you and inside you as a teen was almost way too overwhelming to fathom. It's your first time learning about what actual sex is from your friends or from your own experience, and not just from a textbook. It's your first time understanding that there are still astronomical social injustices in the world, and that it's not all over and finished the way your earlier studies led you to believe. And yeah, you stumbled, and misinterpreted, and said some stupid stuff that would make you cringe if it were played back to you today, but you cared. And you asked. And you wouldn't be able to make a difference in the world today if your teenage self hadn't started the asking then.

For Losing Your Temper Every Now And Then

You saw the consequences and regretted it as soon as it happened, but it happened again, probably more than a few times. But you were a teenager then, and the consequences of a few door slams and fights with best friends were, in the long run, a lot less impacting as a teen than they would have been as an adult. Your teenage self found more practical ways to deal with anger before it got the best of you.

For Making Your First Lifelong Friends

There is no Original Squad quite like the one that remembers you pimply, whiny, and improperly straightening the sh*t out of your bangs every morning. You are forever bonded by that murky time of first thises and first thats, and even though you lose touch now and again, you're always just one offhand group text about your semi-ironic High School Musical days away.

For Crying Over Silly Things

Because you eventually realized that there is no such thing as crying over a "silly thing," and learned to examine just what the real things were instead.

For Bombing Those Tests

Yes, it was crushing to get that D after all the all-nighters you spent in that one irksome class — but wouldn't it have been more crushing if you'd succeeded, pursued it, and ended up doing something you'd never really love?

For Taking All Those Dumb Selfies And Group Shots

We all pretend to cringe when we see the "On This Day" pop up on our Facebooks, but really, how amazing is it that we can look into our teenage brains so far after it happened? Yes, we all look like dorks. But we were happy, misfit, lovable dorks, and there's nothing like looking at where you came from to appreciate just how far you've come since.

IT'S OVER, YOU GUYS. I know it's been awhile, but there is no celebration of that too belated to count.

For Coming Up With All Those Plans For The Future

Because otherwise it wouldn't have been half as fun to break 'em.