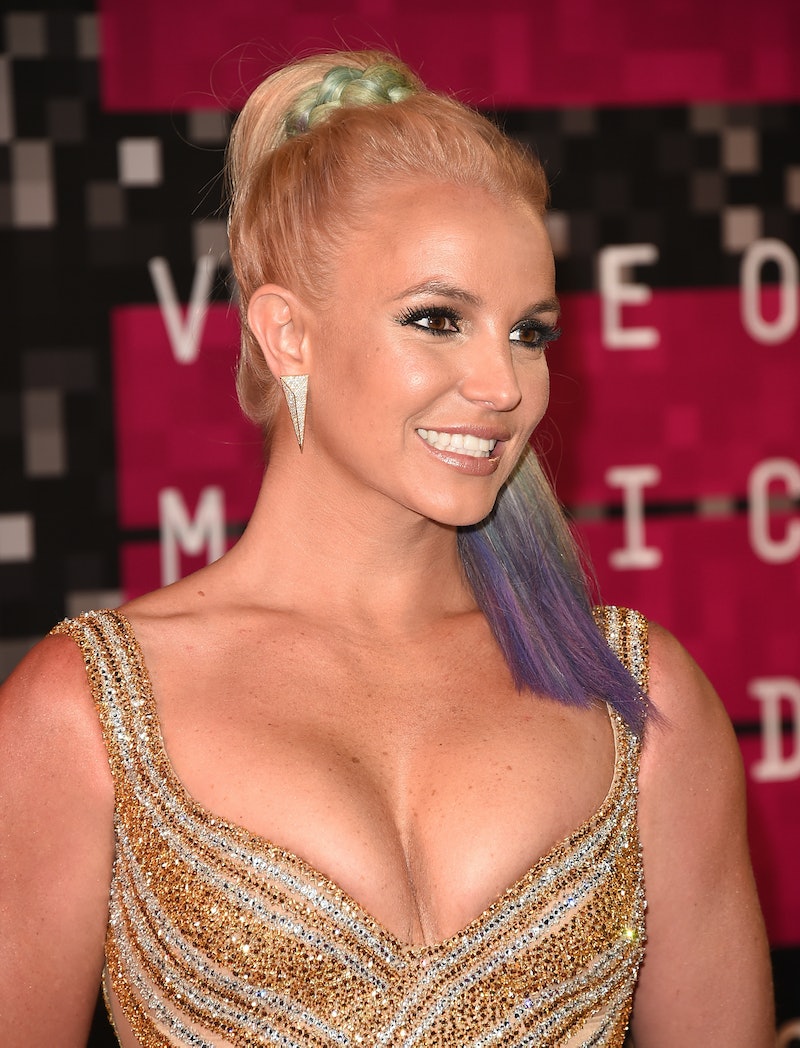 Calling all "...Baby One More Time" devotees: New music from Britney Spears is just around the corner. The 34-year-old superstar made the exciting announcement during a recent interview with the Las Vegas Sun . When asked about the status of her forthcoming ninth studio album (aka B9), Spears replied, "You'll be hearing something new from me soon ... very soon." Somebody hold me! The singer's long-time manager, Larry Rudolph, also spilled some new music details recently. Speaking to Las Vegas radio show host John Katsilometes, Rudolph revealed that Spears' next album is "about 80-percent" complete. And although it's not quite finished yet, he said it's already the icon's favorite:

I spoke to her this morning and she said, "You know, this is my favorite album that I've ever, ever done." And I said, "Yeah, I know." Because it's different; it's really sort of a turn. The last few albums have been pretty straight-forward pop; this is different. This is almost, like, if you can almost imagine Britney meets The Weeknd. It's got a really kind of interesting vibe; it's a lot of just, you know, really cool stuff. I think people are going to absolutely love it, and she sounds amazing on it. She has not sounded better in... I don't know when.

Rudolph also said that Spears has done "a lot of writing on the album," and he thinks "it's going to be really big." Well, if that doesn't get you hyped to hear new material from the Princess of Pop, I don't know what will! So, what song might Spears premiere "very soon"? According to online rumors, it could be a tune called "Just Luv Me." As you may recall, Spears tweeted about recording vocals for an unknown new track at the end of October 2015:

Notice how she chose to capitalize the words "JUST," "LOVE," and "ME." Suspicious! Last week, a song called "Just Luv Me" was allegedly registered with the Broadcast Music, Inc. (BMI) website:

Coincidence? Perhaps... but some fans don't think so. "Just Luv Me" was purportedly co-written by Julia Michaels (aka Julia Carin Cavazos), who recently spent some studio time with Spears in November 2015 (she's in the middle):

So, in theory, this track could be for Spears' next LP. However, it's worth noting that a search for "Just Luv Me" in the BMI database currently yields no results. So, either the song has been removed, or the screenshot that's been floating around Twitter for the past several days has been doctored. We'll just have to wait and see what happens.

After taking some well-deserved time off in January to rework the setlist for her wildly popular Las Vegas show, Piece of Me, Spears made her grand return to the Planet Hollywood stage last Saturday. Will she debut something new "very soon," as promised? I'll certainly be keeping my fingers crossed.