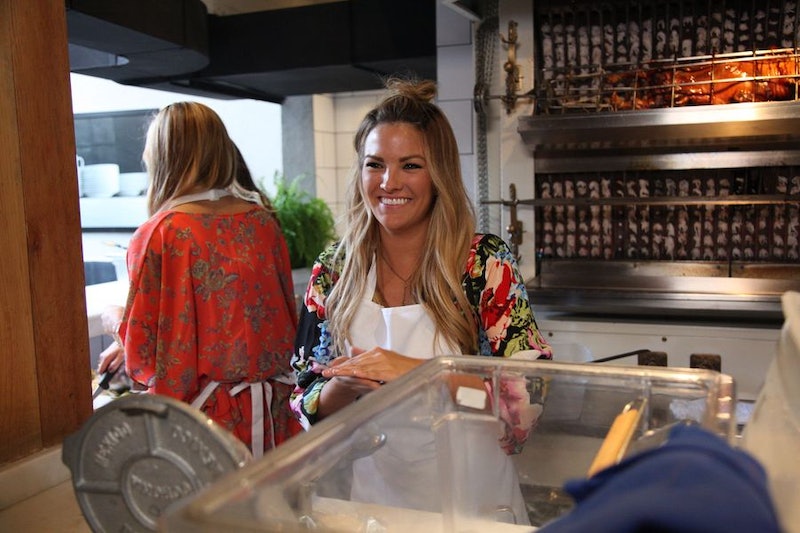 It can be hard to accept, especially this far into the season of The Bachelor when so many of the contestants left are wonderful people, but not everyone is going to win the heart of Ben. In fact, most of the ladies vying for Ben's heart will be sent home, unfortunately. But, there is a bright side to losing The Bachelor: the possibility of leading the next season of The Bachelorette and getting another chance at love on reality TV. This time around, Becca should be the next Bachelorette — assuming she and Ben don't get together at the end of this season.

Of course, Becca was first introduced to Bachelor Nation during Chris Soules' season of The Bachelor, and she made it all the way to the final two before he ended up choosing fellow contestant Whitney Bischoff. But, when Ben was announced as the next Bachelor, Becca decided to return to the show even though Ben and Becca hadn't spoken before. So, Becca has competed for the hearts of two different men on national television, and gained many fans in the audience at home — but that isn't the only reason she should be the next Bachelorette this spring!

Here are five reasons the title of Bachelorette should go to Becca.

Having been on two seasons of The Bachelor shouldn't necessarily make a contestant first in line as the next Bachelorette, but it certainly makes Becca uniquely qualified for the position. She's a pro and she (probably) knows what she's doing.

She may have thought Ben was exactly what she's looking for, but if it turns out she isn't what he's looking for, at least Becca has an idea of what man would make her happy. What better way to find that man than dating 20+ men on The Bachelorette? Tinder? Don't make me laugh.

She'd Make For A Fun Season

There are a lot of factors that go into how the Bachelorette is chosen, but if it were up to me, at least one of those factors should be how likely the candidates are to provide drama and fun during the season. I mean that's just, like, the rules of television!

One of the sticking points during Chris Soules' season is that Becca wasn't quite ready for marriage, but during her first one-on-one date with Ben, he made sure to find out whether or not she's in the for the long haul (and she is). If Becca doesn't wind up with Ben, at least the audience is sure she's ready for a serious relationship.

Come on, this woman has been on two seasons of The Bachelor. If anyone goes through everything those contestants deal with twice then ABC should be contractually obligated to help them find love — Becca even went on the date where they swam with pigs! She has earned the role as the next Bachelorette.