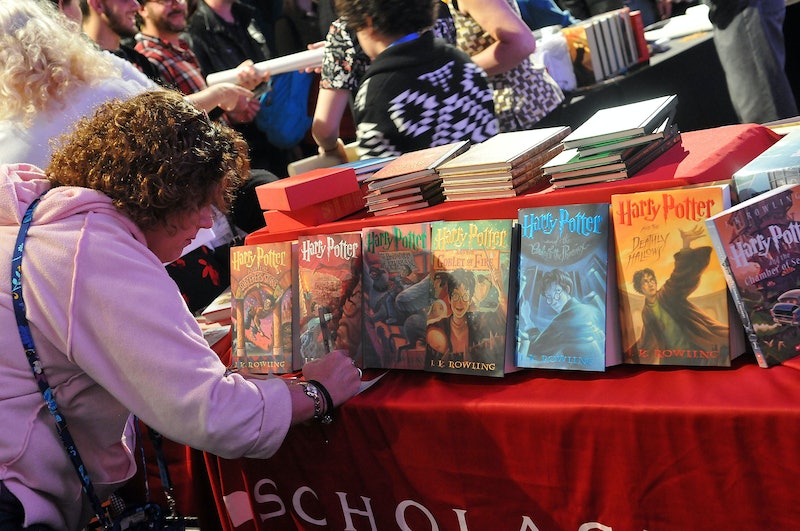 The Harry Potter series mentions the past, the present, and the ever looming future a lot more than you may remember. Every book that brought us further into the world of HP meant we had more to look forward to, and as a kid, I was always wondering what was in store for Harry Potter's future. Would he eventually defeat Lord Voldemort? Who would he end up with? What's he going to be when he grows up? When will my Hogwarts acceptance letter finally show up?

And now that I'm an adult, and have the majority of my Harry Potter questions answered, I find myself asking similar questions, only it's about myself now. If you're also a twentysomething who's trying to figure this whole life thing out, then you're not alone. Rereading Harry Potter has helped me through mini life crises because one, it brings me back to my easy-going childhood days, and two, it's filled with inspiring quotes to keep me motivated.

In case you need some inspiration to help steer you in the right direction, or you just want to relive Harry Potter in tiny snippets, here are 11 fantastic quotes written by the queen, J.K. Rowling herself, about the future:

1. It is a strange thing, but when you are dreading something, and would give anything to slow down time, it has a disobliging habit of speeding up.

2. "The consequences of our actions are so complicated, so diverse, that predicting the future is a very difficult business indeed."

3. Time will not slow down when something unpleasant lies ahead.

4. "He chose the boy he thought most likely to be a danger to him … and notice this, Harry. He chose, not the pureblood (which according to his creed, is the only kind of wizard worth being or knowing), but the half-blood, like himself. He saw himself in you before he had ever seen you, and in marking you with that scar, he did not kill you, as he intended, but gave you powers, and a future, which have fitted you to escape him not once, but four times so far."

― Hagrid, Harry Potter and the Goblet of Fire

6. "I'm going to keep going until I succeed — or die. Don't think I don't know how this might end. I've known it for years."

7. "Numbing the pain for a while will make it worse when you finally feel it."

8. "Do you see, Harry? Do you see the flaw in my brilliant plan now? I had fallen into the trap I had foreseen, that I had told myself I could avoid, that I must avoid.”

“I cared about you too much,” said Dumbledore simply. “I cared more for your happiness than your knowing the truth, more for your peace of mind than my plan, more for your life than the lives that might be lost if the plan failed. In other words, I acted exactly as Voldemort expects we fools who love to act.

“Is there a defense? I defy anyone who has watched you as I have — and I have watched you more closely than you can have imagined — not to want to save you more pain than you had already suffered. What did I care if numbers of nameless and faceless people and creatures were slaughtered in the vague future, if in the here and now you were alive, and well, and happy? I never dreamed that I would have such a person on my hands."

9. It seemed as though life would be back to normal next year, or as normal as it ever was at Hogwarts.

10. "Dark times lie ahead of us and there will be a time when we must choose between what is easy and what is right."

11. "To have been loved so deeply, even though the person who loved us is gone, will give us some protection forever."