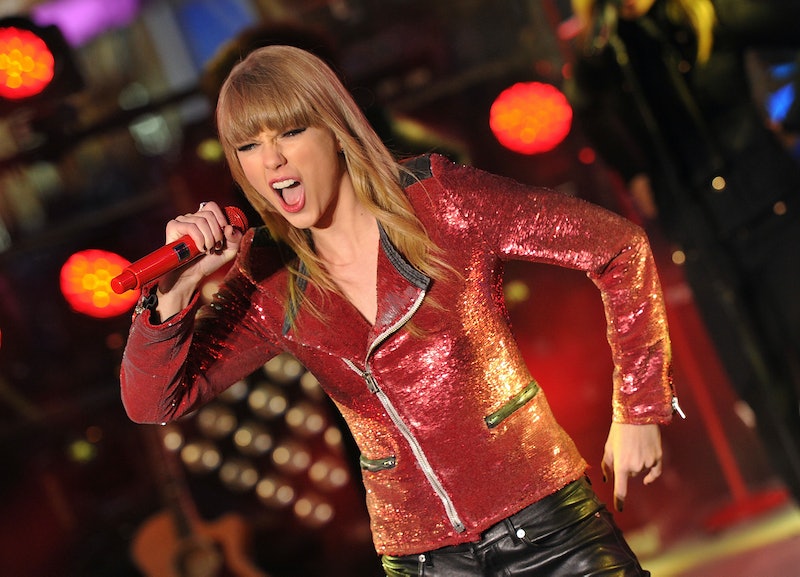 Even the biggest musicians can feel the pressures of awards shows. Take Monday's 2016 Grammys, where plenty of singers will take the stage to showcase their talents. It's one of the biggest nights for music, so nerves can get the best of anyone, meaning there are some artists who just might lip sync. Hey, it happens and probably more than fans like to imagine. So, I'm sure there will be many Grammy viewers watching to see if their favorite singer is actually singing. For example, there will be a lot of eyes on a particular musician who transitioned from country to pop. OK, I'll just ask what you may be thinking: Is Taylor Swift lip syncing at the 2016 Grammys?

(Update: During her performance Swift appeared to be singing live!)

Seeing as Swift is opening the 58th Grammy Awards, she's setting the bar for the night. That's not a job I'd like to have! She is no stranger to performing in front of huge crowds and on television, so I'm sure the 1989 artist will do a fantastic job. However, there's always a chance (and maybe just a slight one) that the 26-year-old star will lip sync rather than sing live.

I mean, she's been accused of it before. During her 2015 MTV VMAs performance with Nicki Minaj, many thought Swift and the rapper lip synced. Once someone is accused of pulling a Milli Vanilli, I think fans pay even closer attention to their vocals and the movement of their mouths in the future.

That said, I think everyone is always paying extra close attention to Swift anyway, because, well, she's Taylor Swift. The good news is, based on her past Grammy performances, it sure seems like she's sang live. I'm sure it won't be any different this time around.

Swift is one of the hardest working musicians in the business, so I'm sure she is going to deliver and give her fans exactly what they want — a memorable Grammys performance without lip syncing.