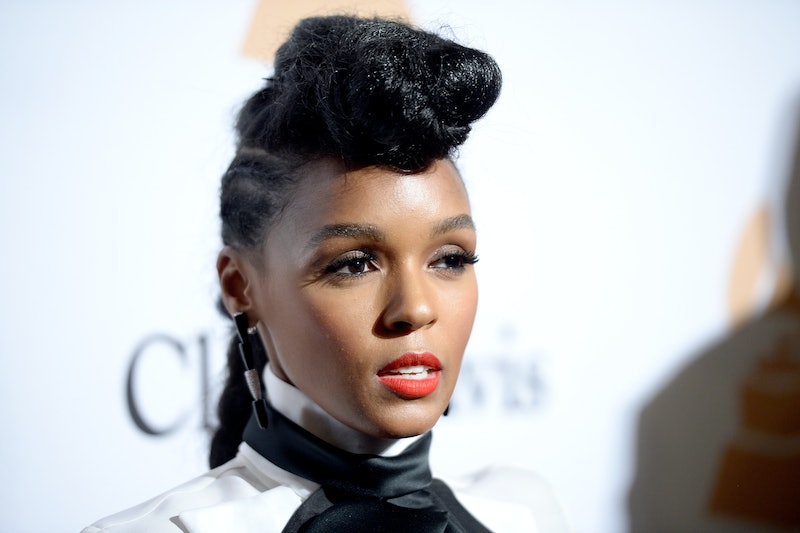 Maybe it's the near-constant engagement announcements on my Facebook lately, but there are definitely times when I feel my single status more than others. All I can really say is that modern romance can be confusing and quite frankly, for me, it is much easier to just be on my own. While plenty of celebrities, like John Krasinski and Emily Blunt, for instance, love to talk about how in love they are and others hop from dating one hot person to another, there are surprisingly lots of celebs who are serially single, making my single status feel a bit more acceptable.

I have dealt with my share of inquiries on my love life, mostly ending with "but you're such a catch" (thanks, grandma), and I admit, I've sometimes fallen into the same trap that happens to me during the holidays with my family, and wondered why certain celebrities can't seem to find someone

These celebrities are attractive, successful, and seemingly well-adjusted, and either they just don't need anyone else to make them happy or are just waiting for the right person. What a progressive idea, eh? To celebrate singles around the world, here are 12 celebs who always seem to be single, but are doing just fine that way.

In May 2015, Palmer went on The Breakfast Club to talk about her love life, declaring her single status and saying, "It's very fun to be single, because you know what happens? You find yourself. You understand what it means to love yourself, instead of putting all this energy into give and tug in a relationship." Reportedly, she hasn't exclusively dated anyone since she broke up with long-term boyfriend Rodney King in 2013.

Since splitting from Chris Brown, Rihanna has been caught flirting and hanging out with some pretty hot men over the past few years, including Leonardo DiCaprio, Karim Benzema, and Drake but none of them have been lucky enough to call Rih Rih their girlfriend.

He's been linked to Kendall Jenner, but Jordan has confessed that he is only focusing on his career and that he's never been in love! Jordan told GQ of how women fit in his life:

I try and be focused. I told myself at a young age, once I kind of saw this momentum, that I would sacrifice all my twenties to my work. I’m 28. I’ve got a year and a half... I understand what females want and need, you know. I’m good at that. I don’t know if I’m the guy to give it to them right now. I’m emotionally unavailable. Until I find something that’s so undeniable that I can’t help myself.

Jenner was rumored to be dating many men in 2015, but none of them seemed to have blossomed into a relationship. Her last official boo was Julian Brooks in 2013, her high school football player boyfriend and it seems like she is just enjoying her single life while her modeling career is keeping her busy.

Personally, I have never seen Monáe out with anyone, and she has vowed to stay intensely private regarding her relationships and sexual orientation. Though Monáe has been rumored to have dated MC Lyte, she told Sway in the Morning in 2013,

You know what, I keep my personal life to myself. I think one of the things about that is that.. because I want everyone to focus on my music and also I don’t want to let anybody down. I want women to still be attracted to me — go get my album! And I want men to still be attracted to me so I have to be political in this. I can’t really tell y’all.

Diane Keaton has dated some of the most legendary men in Hollywood, including Warren Beatty, Jack Nicholson, and Al Pacino, but has never married or settled down. The mother of two told People in 2014 about never getting married, "It's not the worst tragedy. But I really wish I had bought myself a man! A good man who would be a great father, I really do." She continues that she's still open to the idea of a relationship saying, "But I can't imagine it... You have to put yourself out there, and that's really hard for me. Always was." I feel your pain, girl.

Since splitting from long-term girlfriend, Ahna O'Reilly, Franco hasn't been seen out with any specific lady for the past few years. He's been rumored to have had flings with Spring Breakers co-star Ashley Benson, his assistant, and Lana Del Rey, but it didn't seem like anything official. Rumors now are swirling that he is romancing new Miss Universe Pia Wurtzbach, so maybe this will be the one. I won't hold my breath.

I know what you're thinking: How could Tim Riggins be single? The last woman he was linked to was Rachel McAdams, his True Detective co-star, but he dispelled the rumors, saying they were friends. In a profile for Elle last summer, Kitsch explained his eternal single status,

You sacrifice so f*ckin' much [as an actor]. How do you build a relationship with a gal and then tell her, "Hey, I gotta do press all over the world. I expect you to have the same feelings you have now in eight weeks." And that's not me playing the violin. It's my choice. But it better be worth sacrificing for.

In November 2015, Handler confessed to People that she had taken a break from dating, saying, "I haven't dated for a year, and I am so happy... I can not tell you how much fun I am having just doing my own thing. All the men I dated seemed to be the same and none of them have it." She did confess, though, that she has her eye on a special someone. She told Glamour,

Great guys exist. They may not be in the package you think you like, and they may not come when you feel you deserve them the most, but they're there. I believe it. You should too. Because now I'm with someone who makes me grow every day. His name is Netflix.

This one boggles me because Tom Hiddleston seems like the biggest catch of the century. He is talented, hot, funny, kind (OK, I'll stop), and just seems... perfect. There have been rumors about his love life the past few years, but nothing has been official. He was last rumored to be dating Elizabeth Olsen, which she denied this past September. Seems like he is just patiently waiting for the right person as he told GQ, "I understand the curiosity. I hope when there’s really something to write about, then I’ll be able to talk."

According to gossip, Evans has dated essentially every hot Hollywood actress under the sun. He did date Jessica Biel and Minka Kelly early in his career, and has since been spotted out with some women, but it seems like nothing has gotten serious. Last September, Evans was asked by Entertainment Tonight if he's still on the market and he replied, “That is still the case.” There you have it.

Clarke's last public boyfriend was Seth McFarlane back in 2013, and she hasn't been official with anyone since. This year, she's been linked to Jai Courtney and Kit Harington without any confirmation. Clarke definitely doesn't mind being single, telling InStyle U.K. in their April 2014 issue,

People keep asking me who I'm dating right now and the truth is... wait for [it]... no one. And that's OK. I'm figuring out a lot of stuff right now. I think as a woman it's in our nature to nurture someone else. Sometimes at the expense of ourselves.

These successful celebs are embracing their single status, and we should all take a moment to celebrate being on our own.

More like this
Kelly Osbourne Found Love In Her Best Friend & Now They're Expecting
By Vivian Iroanya and Rachel Mantock
20 Celebrity Couples Who You Forgot Dated In 2002
By Jake Viswanath
JoJo Siwa’s Sweet IG Post Seemingly Confirmed She’s Back With Her Ex
By Brad Witter
Thank U, Ex
By Rosemary Donahue
Get Even More From Bustle — Sign Up For The Newsletter