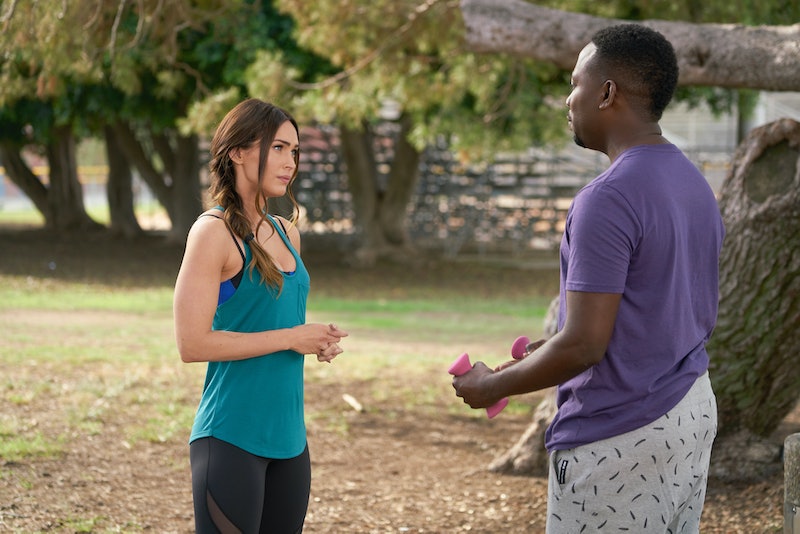 When it comes to love, Winston has always been the clear underdog of the New Girl group and Tuesday night's episode "Wig" made that fact all the more clear. Not only did he help Reagan dump someone (given his extensive knowledge of being the dumpee), but he also admitted that he's been broken up with 47 times. 47 TIMES! That number is way too high for someone who's as awesomely quirky as Winston. Luckily, it seems as though the writers may finally be gearing up to focus on giving this guy the solid relationship — in the form of their newest loftmate, Reagan. These two spent a great deal of time together throughout the episode, which makes me hopeful that Winston and Reagan will eventually get together on New Girl in a romantic capacity.

Initially, I thought that the writers would try to pull Reagan and Nick together instead. And while it's true that Nick is still clearly obsessed with her, wig or no wig, it feels like Winston is the only one she shares a real connection with. I mean, he got her to stop bailing and face her break up head on even though it was completely out of her comfort zone. Clearly, she's not the type of person who can easily be pushed around, so the fact that she took Winston's advice to heart could be a very telling clue of what's to come.

Maybe I'm crazy. Maybe I'm just in denial that anyone could steal Nick away from Jess so easily. But that doesn't mean that I'm not also right. There's a lot of great chemistry at play here and Megan Fox is doing a fantastic job of gelling with pretty much everyone in the cast. However, Winston always tends me get pushed aside without a clear-cut storyline to follow. Starting a real relationship with Reagan could not only help to keep Fox around for a while, but also give his plot some sort of purposeful trajectory that it both needs and deserves. I love Winston and want him to be happy. Perhaps Reagan is the perfect way of going about doing just that.