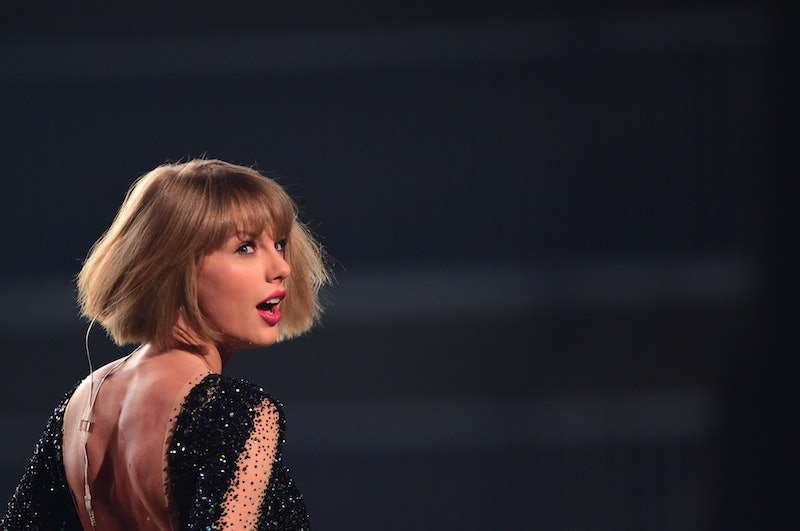 When you hear the words "Taylor Swift" and "performing at the Grammys" in the same sentence, your mind should really only go one place: On a scale from good to great to perfect, how is her performance going to be? And then, because the sentence is concerning Taylor Swift and performing at the Grammys, your mind should only settle on one answer, and that is perfect. Next, you should wonder what sort all-star guest Swift will invite along with her for her performance — because most Swift performances do include a badass celebrity guest. And, sure enough, that's just what Taylor Swift's performance at the 2016 Grammys was: Absolute and complete perfection, and featuring an all-star celebrity guest... this time, Jack Antonoff.

The performance was obviously going to be great, though. First off, she's Swift, so of course the performance will be flawless; but secondly, we also have history on our side when it comes to trying to answer this question. All of Swift's past performances at the Grammys have been pretty flawless: From when she performed "Mean" at the 54th Grammys in 2012 to when she performed "All Too Well" at the 56th Grammys in 2014. Even her acoustic performances of "Wildest Dreams" and "Blank Space" at the Grammys Museum were great — and those weren't even during the actual show. And, Antonoff showing up isn't a total surprise: He wrote her song "Out of the Woods" with her, and he's in a committed relationship with one of her best friends, Lena Dunham.

Fittingly, Swift performed "Out of the Woods" off of her album, 1989. Antonoff was on guitar as Swift rocked out and owned the Grammys stage while donning a black, glitter bodysuit.

Twitter was excited to see Antonoff join Swift on stage:

Check out Antonoff's entrance during Swift's performance below: