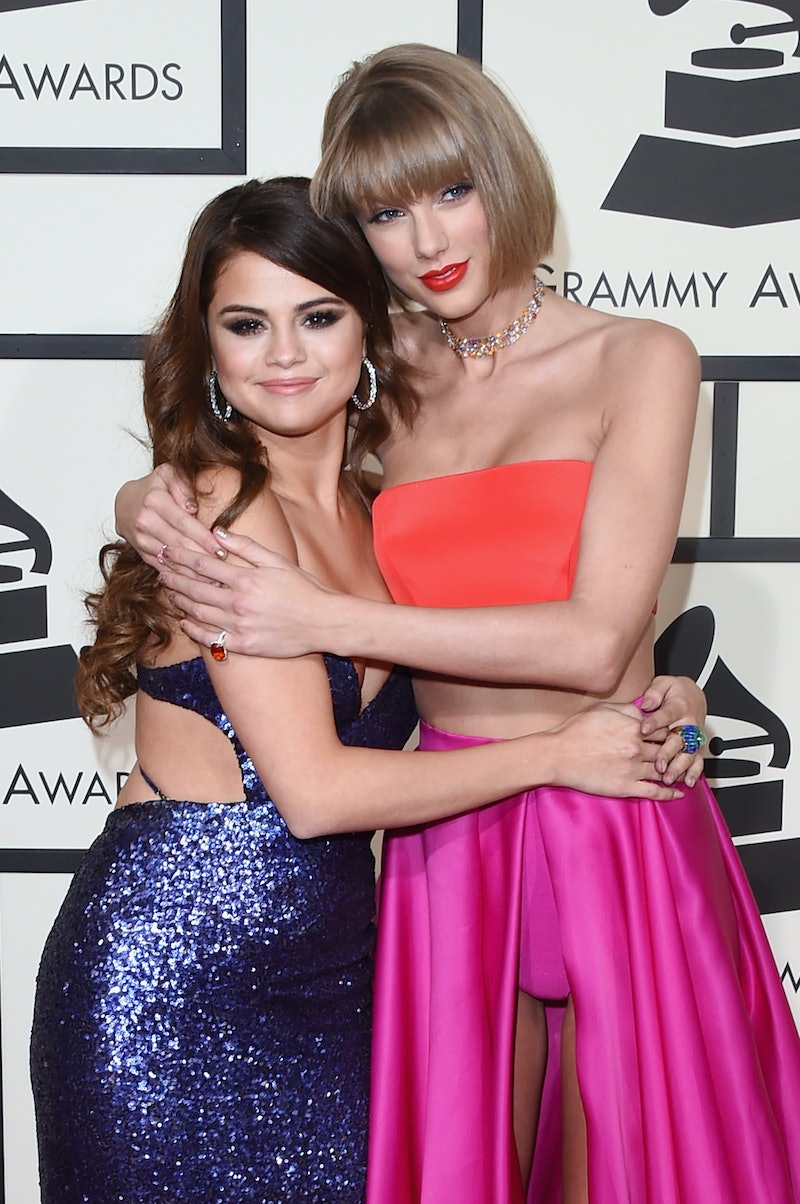 We're not far into the 2016 Grammy Awards, but already, Taylor Swift and Selena Gomez are killin' the game with their #squadgoals. The besties not only flipped the eff out over their "Bad Blood" music video win before the show even started, were each other's dates (because who needs a guy when you have your best friend?) and slayed the red carpet — but they're also sitting right next to each other. And when Taylor Swift and Selena Gomez sit next to each other at the Grammys, that means we're in for a night of epic dancing, reaction GIFs that are bound to go viral, and everything else under the sun. I mean, just *insert that BFF dancing emoji here*, because it will probably be the perfect representation of Swift and Gomez all night long.

Lest we forget that other time Gomez and Swift were seated next to each other at an award show — the MTV VMAs in 2013 — the 1989 singer basically went viral when footage popped up on the 'web of Swift appearing to say "shut the f*ck up" to her bestie (for the record, Swift was actually saying "sorry about my arm" — innocent mistake). While the night is still young and Swift could very well go viral again, Swift and Gomez have already had their fair share of GIF-worthy moments — like this shoulder hug and this head-bob sing-along:

As the night goes on and the performances go harder and harder (and Swift inevitably takes home multiple Grammys), all I can do is wait to see what kind of reactions #Taylena (Slaylena?) will produce. Bring it, you two!