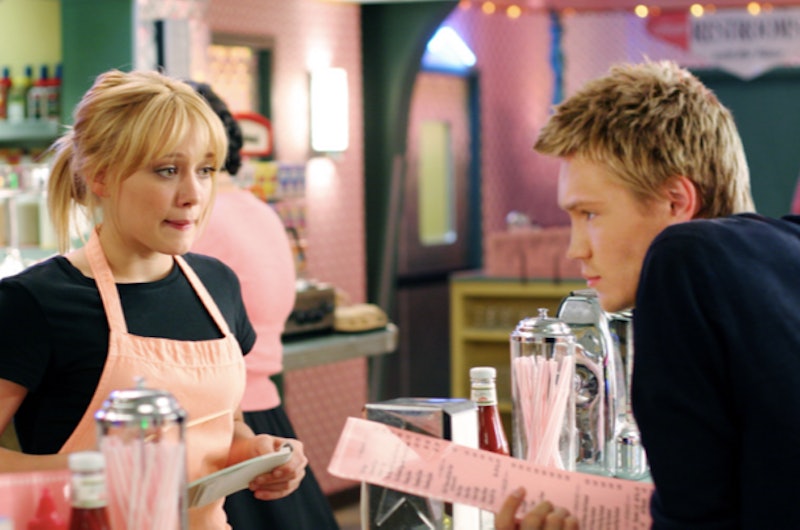 Something I should probably never admit to anyone is that I love A Cinderella Story. Hilary Duff is perfection as far as I'm concerned, and, when the movie came out, way back in 2004, Chad Michael Murray was still very much in his prime, starring in One Tree Hill, posters of him adorning many walls everywhere. Those days may be long gone, and A Cinderella Story hasn't aged well in many ways, but I still like to re-watch the movie from time to time. But is A Cinderella Story a realistic movie? Most definitely not. For starters, it's based on a fairy tale, which should be a big enough clue that the plot is not completely grounded in real life.

Even though the movie isn't always grounded in reality, it's a bit of a guilty pleasure. The film has spawned a myriad of sequels, including one starring Lucy Hale, but the original is still the best (or do I mean worst?). As it's important to examine the movies we loved growing up, it seems like a good time to revisit A Cinderella Story and consider all of the moments in it which were basically cray cray and could never happen IRL in a zillion years.

1. Not Recognizing Someone Just Because They're Wearing An Eye Mask

Sure, this may have worked in Shakespearean times, but not recognizing someone purely because of the teeny tiny masquerade mask they're wearing is ludicrous.

2. Telling Someone They're Beautiful When You Can't See Their Face

While we all know that beauty is about more than you can see, Chad Michael Murray really only has looks to go on when he tells Hilary Duff's character that she's beautiful. After all, she's a mysterious woman at a dance who he's hardly spoken to. Trouble is, a mask is obscuring most of her face, so this compliment is a little... weird.

3. Waitresses Being Rude To Customers

Hilary Duff's reply may be one of A Cinderella Story's greatest moments, but anyone who's worked in retail or the restaurant business knows that being rude to paying customers is a surefire way to get sacked.

4. That Your "Online Pen Pal" Is Chad Michael Murray And Not A Serial Killer

Sure, we all hope that the strangers we talked to online when we were in high school were as good looking as Chad Michael Murray. Unfortunately, though, they probably weren't.

5. That The Mystery Text Message Isn't A D*ck Pic

While obscene photos are far more likely to be received from unknown numbers, there is also no way that Hilary Duff could read that message and find it cute. "What's on your mind right now?" is obviously creepy sex talk, or Hannibal Lecter-esque psychology. Block that number immediately.

6. This Pink Outfit (Which Is Amazing)

Sure, Hilary Duff's stepmother, played by the awesome Jennifer Coolidge, can totally pull off this pink, glittery, fluffy, outfit. But realistic it is not.

7. That A High School Dance Would Be This Magical

8. That The Hot Guy At School Would Be This Insightful When Talking To A Stranger

While Chad Michael Murray's observation here may be spot on, particularly as his character spends all of his time hanging out with the cool crowd, this Dawson's Creek-style line is a little too insightful if you ask me.

9. Getting Spotlit When You Arrive At The Dance

This only happens in the movies.

10. That Someone Would Call Hilary Duff Not Very Pretty Or Bright

It's no secret that Sam's stepmother hates her guts, but even as a burn this line doesn't work. Why not include an insult that could be remotely believable?

11. The Facts About Botox

The frozen face effect would likely last a lot longer than an hour and half. Just saying.

A Cinderella Story is by no means a perfect movie, but there's a lot to love about it, which is why I'm going to find my copy right now.