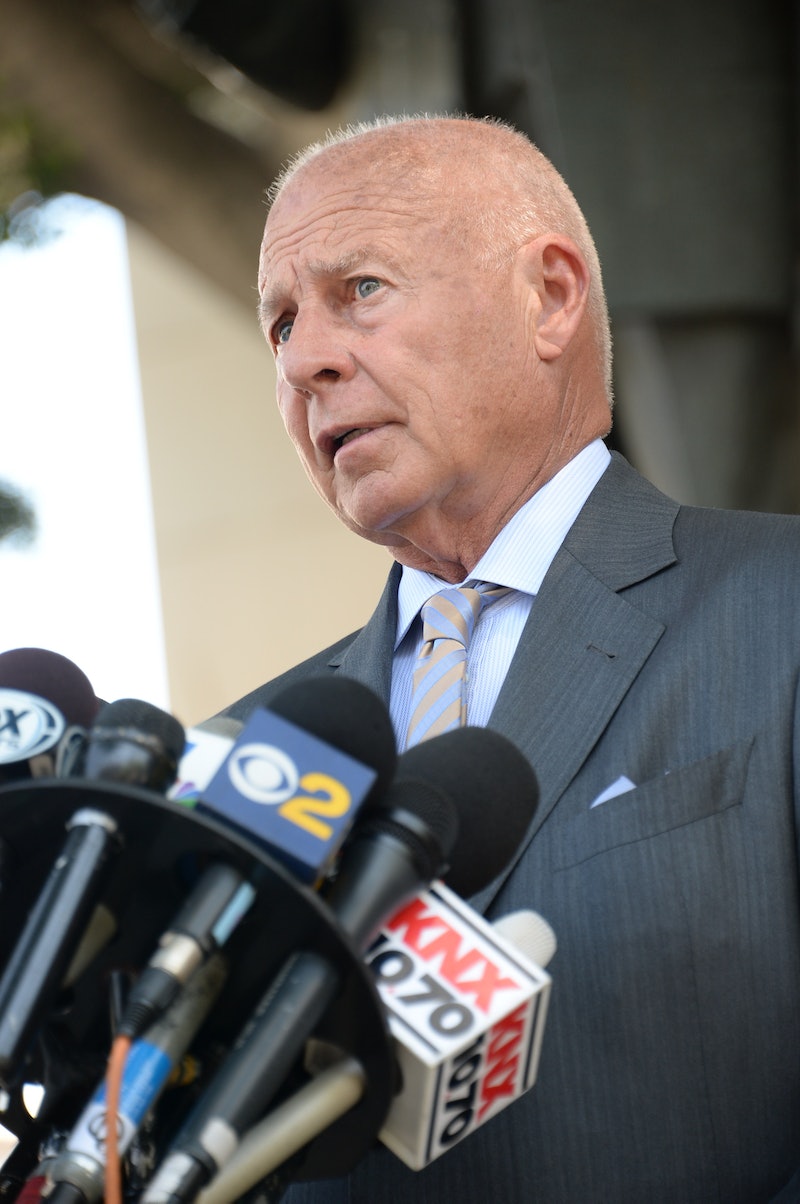 It's no secret that most of Bravo's Real Housewives are rich. They aren't afraid to share their wealth on a weekly basis with each new episode. From showing off their luxurious homes to driving around their fancy cars to taking magnificent vacations to partaking in the most prestigious spa treatments, the Bravolebrities are pretty comfortable when it comes to their finances. Take Real Housewives of Beverly Hills' Erika Jayne. Not only does she make a living as a musician and performer, but her husband, Thomas Girardi, is a successful lawyer. Plus, her gorgeous home and lifestyle is proof enough that she and her hubby are rolling in the dough. So, just how wealthy is Thomas Girardi?

According to The-Net-Worth.com, Girardi's net worth is $11 million as of 2016. As for Jayne, Celebrity Net Worth lists her net worth at $5 million. However, if you were to ask Heavy, Jayne's net worth is $10 million, where as her husband is a "multi-millionaire." Whatever the case, both Girardi and Jayne's net worths appear to be in the millions. So, I think it's safe to say they are millionaires.

When you look at Girardi's supposed net worth, it's easy to see he has a lot of money, but how rich is he compared to other wealthy individuals? His $11 million is a good chunk of change, but is it really that much when you compare to others making it rain? Let's check it out.

Most of the Housewives Have Bigger Net Worths

How long has Clooney been in the entertainment business? A very long time, so it's no surprise that Celebrity Net Worth reports Clooney's net worth at $250 million. No wonder he can afford to live in Lake Como, Italy.

Girardi Doesn't Have Anything On Justin Bieber

Is it really a shock that Justin Bieber makes more than Girardi? Yeah, I didn't think so. Apparently, as Celebrity Net Worth reports, Bieber's net worth is $200 million. To say the 21-year-old singer is wealthy is definitely an understatement. I bet he's not sorry about it one bit.

Queen Bey Is Literally Giving Him A Run For His Money

All hail, Beyoncé. When it comes to raking in the dough, Queen Bey knows a thing or two. I mean, her net worth is reportedly double that of Clooney's. Celebrity Net Worth lists Beyoncé estimated net worth at $450 million. All I can say is, whoa.

Will anyone ever surpass Oprah Winfrey in the money department? Oprah's net worth is $3.2 billion, per Celebrity Net Worth. And here I thought Queen Bey had a lot of money. I mean, it's not a shock, because Oprah has worked extremely hard for her income.

Erin Brockovich Is Also A Multi-Millionaire

Finally, let's talk about Girardi's former business associate Erin Brockovich. That's right, the woman who Julia Roberts played (and won an Oscar for) in Erin Brockovich worked alongside Girardi during Brockovich's famous case. Anyways, it appears that Brockovich and Girardi share the same estimated net worth. Per Celebrity Net Worth, Brockovich's net worth is $10 million. If you didn't know already, some lawyers have quite the salary.

So, is it still safe to say that Girardi is wealthy? He definitely isn't in short supply of cash, but when you compare his reported net worth to some well-known other wealthy individuals Girardi's pales in comparison.