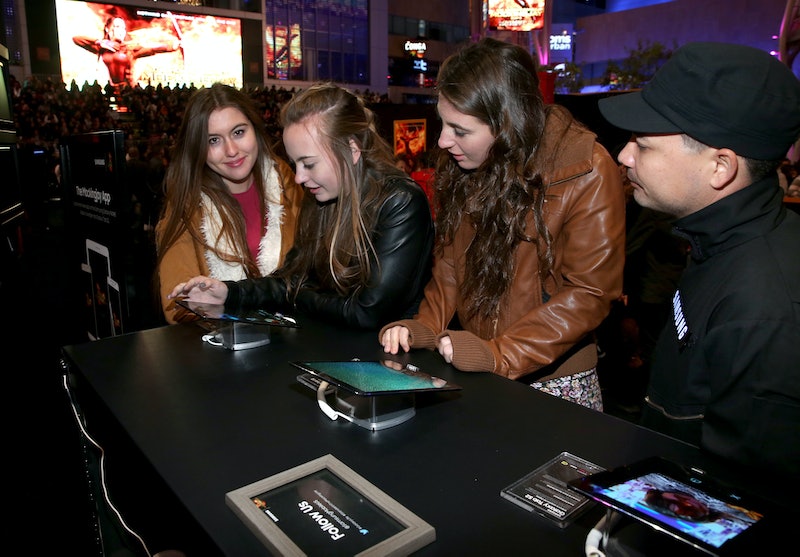 In Sunday's forthcoming New York Times Magazine, writer for Slate, The Awl, and Flavorwire Michelle Dean takes down YA dystopian fiction, using Veronica Roth's Divergent as a springboard. Dean takes issue with many elements of young adult "epics," including the marketing, the story plots, and the authors themselves. The point she's trying to make, however, is ultimately unclear: Is current YA dystopia poor quality, or is the money around its marketing shameful? And though she chooses to focus on YA, many of the problems she has is also representative of various genres of adult fiction, including wondering if quality has dropped off and if marketing plays too deep a role in success. There are three main issues worth addressing to begin a dialogue on Dean's opinions.

Is it me, or does this read a little 'kids these days?'

Every generation claims to be superior to the one coming after it. This, by now, is a fact of life — which is why Dean's preference for earlier works of YA is so unsatisfying an argument. She mainly takes issue with 25-year-old Veronica Roth, who wrote the highly successful Divergent series, which was adapted into a movie releasing this year. But Dean doesn't just compare Roth to the writers a generation before her; she harkens back to the good ol' days of Dante and Milton. Take, for example, the opening paragraph of Dean's column:

I sometimes wonder what Dante or Milton or any of those guys would make of the modern appetite for the young-adult epic. It wasn’t always a lucrative thing, writing grand, sweeping, fantastical stories, you know. It was a job for nose-to-the-grindstone, writing-for-the-ages types, and worldly rewards were low.

Dante and Milton didn't make millions for their craft. Not that their geniuses didn't deserve it... but is it really fair to compare modern publishing with the 1200s and 1600s? Today's publishing industry is aching for a revival — which Dean does acknowledge — so yes, booksellers and publishers are looking for big sellers, which they deduce would have similar themes as previous successes. Thus, more YA dystopia comes in the wake of The Hunger Games. (And you can partially credit YA epics, the Harry Potter and Hunger Games series, for rejuvenated book sales.)

Dean takes the YA generational downfall even further by focusing on current authors' ages, comparing them to earlier YA authors.

Children’s literature toys with our chronological expectations because the best of it has always been written, actually, by the comparatively elderly. Lewis himself was 51 when the “Narnia” books came out; Lois Lowry was 56 when “The Giver” was published; Madeleine L’Engle wrote “A Wrinkle in Time” in her 40s, and L. Frank Baum his “Oz” books in the same decade of his life.

"Age is what the greats have in common. The long years between adolescence and middle age seem to be necessary soil for this craft," Dean writes. But wait — J.K. Rowling was only 30 when she sold the first Harry Potter book. Did those five years give enough life perspective so that Rowling was legitimate and Roth is not?

Are we really blaming Veronica Roth for all of this?

Poor Roth. She somehow became the scapegoat for everything that is wrong in YA publishing. Even Dean admits this to a certain degree.

Roth has written on her personal blog, too, about the effects of the 'constant, abundant and very, very public' criticism she gets. (Of which I am, with this essay, now a regretful part.)

The problem is, of course, that Dean addresses her own role in the Roth-shaming. That needs a bit more thought; Dean takes issues with the massive marketing efforts in the YA epic culture right now, and the lucrative deals young authors sign for work she believes isn't up to par. And she is offended:

Still, something like “Divergent” has been so hastily assembled, and then so cynically marketed, that I cannot help being offended on the part of the reading public.

But the argument is unclear. Surely we can all cast stones at massive marketing campaigns. And to be clear, we have. Lord of the Rings and The Hobbit were written by J.R.R. Tolkein, not some young girl "copying" The Hunger Games, and they had insane marketing money invested, not to mention drawing a 300-some-odd page book into three movies. Is that Veronica Roth's fault, or just the nature of our entertainment industry looking for cash? And Hunger Games fans were up in arms over marketing for Catching Fire, angry that a Subway partnership — oh, the irony — and a "Capitol Couture" makeup line missed the point of their beloved series.

So are we supposed to blame Veronica Roth for taking the money publishing houses and movie studios are throwing at her? But wait:

Cruelly, the gilded age of young-adult literature threatens to suck the life out of the whole thing.

Dean notes this, and then goes on, again in a parenthetical, to call John Green "excellent, though non-epic." John Green, the author of The Fault in Our Stars and Looking for Alaska, is widely considered a modern writer of soon-to-be classics. But, of course, he's also a massive success with lucrative publishing deals, and yes, a movie. Yet he's not considered a problem.

You've got 'Divergent' all wrong

Dean clearly doesn't like Divergent, but seems to be missing fundamental elements of the book. She describes it as giving teenagers a "psychological aptitude test" to place them in communities based on their personalities. And that's how most blurbs about the book describe it, too — but it's not quite right. Readers see more nuance. The factions were built according to citizens who couldn't agree on which vice caused the downfall of their civilization, and so they set up separate groups aimed to eliminate different vices from society. This is philosophically compelling.

Dean also takes issue with the morality of the book:

What is compelling in Katniss, for example — her ambivalence about power, violence and romantic love — is entirely absent in Tris, who lives in a world of moral certainties.

If the first issue was minute, this one should stand out more to Insurgent and Allegiant readers. Roth makes clear that the group aimed at overthrowing the system was also riddled with issues. Tris is repeatedly faced with moral issues — should she trust a child abuser because he has the knowledge to help the society? Is selflessness helpful in society, or does it just mean not participating in the debate? Will overthrowing a government make her just as bad as that government? Roth's series is chock full of moral issues, right down to the last, controversial page.

Finally, the romance. In YA novels riddled with the fickle nature of young love, love triangles are abundant. It's hard to encounter a YA novel without even a whisper of a love triangle. Jacob versus Edward. Peeta versus Gale. Aspen or Prince Maxon. Julian or Alex. But Dean takes issue with, seemingly, the staying power of Tris' relationship with her boyfriend Four.

...her companion, Four, is the man for her from the start of the books to the finish.

Ultimately, Dean had a thoughtful motive for writing this column. Yes, the marketing is shameful, and there are loads of Hunger Games copycats out there. I don't think Roth, however, is one of them. I'd encourage Dean to re-read all three Divergent books, and take a look at other current YA authors, such Lauren Oliver, who was born in 1982 (Panic comes out in May); Scott Westerfeld's The Uglies; Marissa Meyer, who was born in 1984, and her Lunar Chronicles series; and Legend by Marie Lu, who was also born in 1984. Ms. Dean, I like to think you'll find a variety of voices and themes in these dystopian novels that might be able to change your mind.