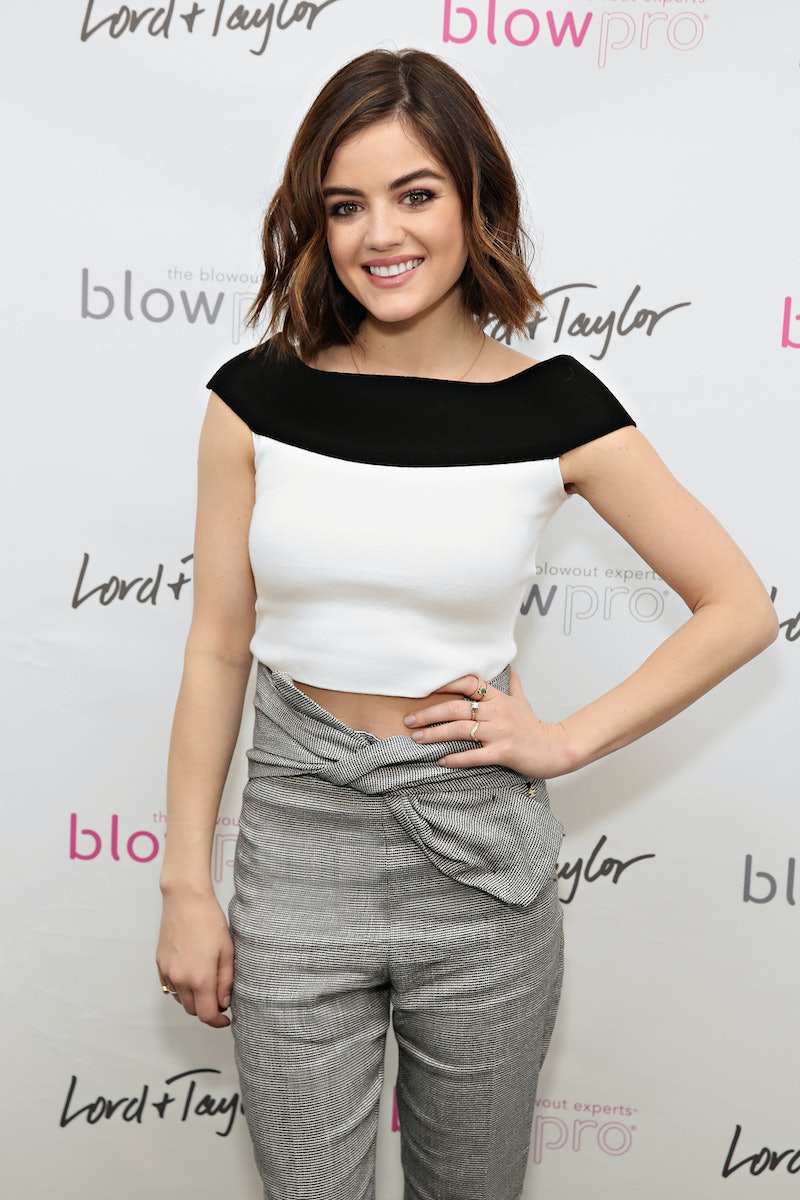 I have a longstanding obsession with Lucy Hale's shiny brunette locks, and every time the Pretty Little Liars star posts a pic of a new chop on Instagram, I almost immediately double tap. Today, she posted a majorly surprising pic. On a break from filming PLL , Hale dyed her hair blonde.

Considering the star's signature look is her brown hair and killer brows, I couldn't believe she took the plunge and went blonde. But it came directly from the source herself, so I'll have to believe this is real. Hale posted an Instagram today with the caption "I dye. thank you @kristin_ess for temporarily making me the blonde alter ego I've always wanted to be." So who's the hair genius behind the look? That would be Hale's hairstylist, Kristin Ess.

Ess told Allure the blonde hair is indeed real. "Lucy isn't filming right now; she's in between filming a new movie called Dude and going back to PLL," she says. "She just loves to try fun new things when she — very rarely — has time off. She's such a dream client that way. We decided blonde was the way to go."

Considering Hale is known for her brown locks, I was surprised with how natural the blonde color looked on her. According to Ess, that was for a couple of reasons. "I think the key to it was doing a baby-fine highlight and making sure the brows work with the hair color," she told Allure.

This move isn't actually 100 percent surprising when you think about it. On Mark's February 2016 magalog cover, Hale's hair had slightly blonde ombre ends.

And, in PLL this season, Hale's hair is also slightly blonder.

Does this mean a blonde Aria is coming to PLL? Probably not, considering Hale herself called the look temporary, but at least we know she'd totally be able to rock lighter locks if that happened.