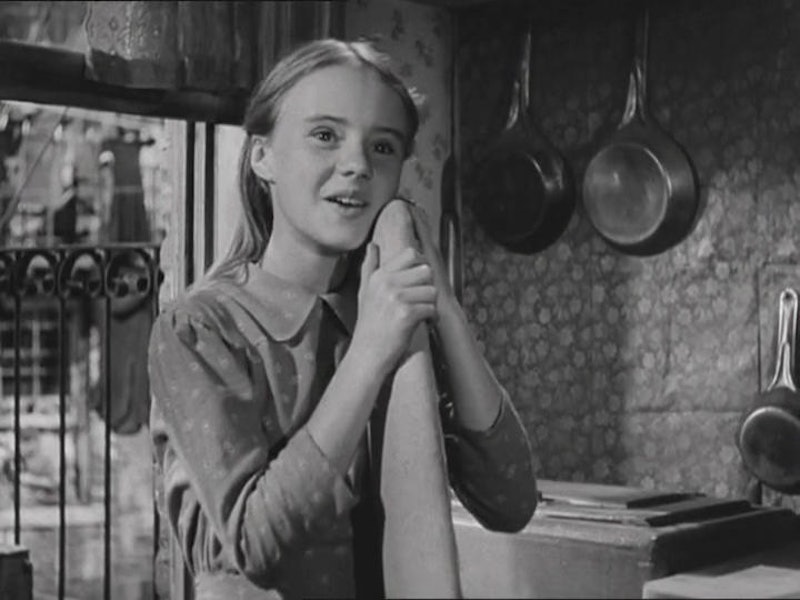 Some questions are hard to answer. I mean really, panic-inducingly hard to answer. Like the question, "Where do you see yourself in five years?" or, "So what are you going to do with your Creative Writing degree?" or the ever popular, "What makes you qualified for this job?" But by far the most stressful question that a reader can be asked is, "What's your favorite book?"

Most of us probably have a couple of carefully-curated answers to this question. We have our favorite kid's book (besides Harry Potter, of course), and then our favorite high school required reading, plus the book that helped us survive college, and our favorite guilty read . And, of course, the answer changes depending on who's asking (like if I want someone to stop talking to me, I can always tell them that my favorite book is Ulysses).

I do have my one fallback answer to the favorite book question, though, and that's A Tree Grows in Brooklyn by Betty Smith. I don't think that it's the best book in the world. But it is my favorite book in the world. It's the book that I read almost every night before bed as a kid, starting from a random point and always stopping just before the end, so it was never quite finished. I read it so many times that my copy of the book (already secondhand when I got it) disintegrated. The glue in the binding gave out, the spine crumbled, and I had to go buy a new one. I kept most of the loose pages of the original copy, though — a fitting tribute to a story of survival.

Francie Nolan is 11 at the start of A Tree Grows in Brooklyn, and it's a serene summer day in Williamsburg. This is, of course, back in 1912, when Williamsburg was known more for impoverished immigrants than for beanies, fixed gear bicycles, and kale. When we meet her, Francie has already grown into a shy, sensitive, intelligent young girl, with a passion for reading (she's working her way through the library from A to Z). We get to know her neighborhood, where children sell junk for moldy pennies and wait in line to buy day-old bread. We meet her brother, her steely mother who supports the family as a janitress, and her dreamy father who works as a singing waiter (when he's not too drunk). And we're introduced to the so-called Tree of Heaven:

There's a tree that grows in Brooklyn. Some people call it the Tree of Heaven. No matter where its seed falls, it makes a tree which struggles to reach the sky. It grows in boarded up lots and out of neglected rubbish heaps. It grows up out of cellar gratings. It is the only tree that grows out of cement. It grows lushly... survives without sun, water, and seemingly earth. It would be considered beautiful except that there are too many of it.

Will the tree become a metaphor for Francie and her family as they struggle to triumph over adversity and extreme poverty? Of course it will. Look, it's not a subtle book. But the heavy-handedness doesn't take away from the beautiful simplicity of Smith's metaphors. Her writing is at times humorous or lyrical, but always true to life, because Francie's girlhood draws on Smith's own coming-of-age at the turn of the last century. An incredible amount of detail goes into descriptions of the 1910s Thanksgiving traditions (did you know trick-or-treating used to happen on Thanksgiving?), or the dingy Williamsburg candy shops, or the brutal, over-crowded public schools. The book covers everything from Francie's parents meeting to (spoiler alert) Francie finally going off to college after years of fighting for an education. By the time you finish the book, you feel as though you have been to Brooklyn of a bygone era, and that you have lived every moment of Francie's life alongside her.

But the book never becomes dull, even with all these details. Smith has a stupendous power to turn the mundane into a kind of magic: Even when their tenement is cold and there's nothing to eat but stale bread (this book doubles as an excellent cook book for inventive bread dishes), Francie is able to find some way of seeing the beauty in the grimmest facts of life. She is, after all, an avid writer and reader. Her imagination and her thirst for knowledge become her salvation.

I'm not from early 1900s Williamsburg, and my family was fortunate enough to subsist on more than old bread most of the time, but I still identified with Francie as a kid. I was well acquainted with grime and weedy trees, since I grew up in rapidly gentrifying Hell's Kitchen, New York (yes, where Jessica Jones lives). And I understood the uncertainty of the Nolan family: Both my parents are actors, and when I was young, both were constantly juggling out-of-town acting jobs, day jobs, unemployment, and raising a child.

But more than anything, I identified with Francie because of her love of books. As a shy, city kid myself, I understood the impulse to disappear into a fictional world. I loved how she was able to take the harsh reality around her, and spin it into a dream world. I loved that Francie needed both her mother's fierce pragmatism and her father's boundless idealism to survive. As Francie herself says, "It's a magic city and it isn't real... It's like—yes—a dream... But it's like a dream of being poor and fighting."

When Francie is just about to graduate, her teacher tells her to burn all her heartfelt essays about her dead father, because she wrote too candidly about his poverty and his drunkenness. The teacher wants Francie to write instead about the "nobility of man." I would guess that Betty Smith heard similar critiques when she started writing. But Francie and Smith both know that poverty, drunkenness, and nobility can all exist together in one person. And a book about poverty and struggle can still be warm and inspiring, and a stringy tree growing out of a the crack of city sidewalk can still be beautiful.

Heavy-handed? Sure, but A Tree Grows in Brooklyn is just one of those books that can make even the most hardened New Yorker smile to see something alive growing out of the concrete.