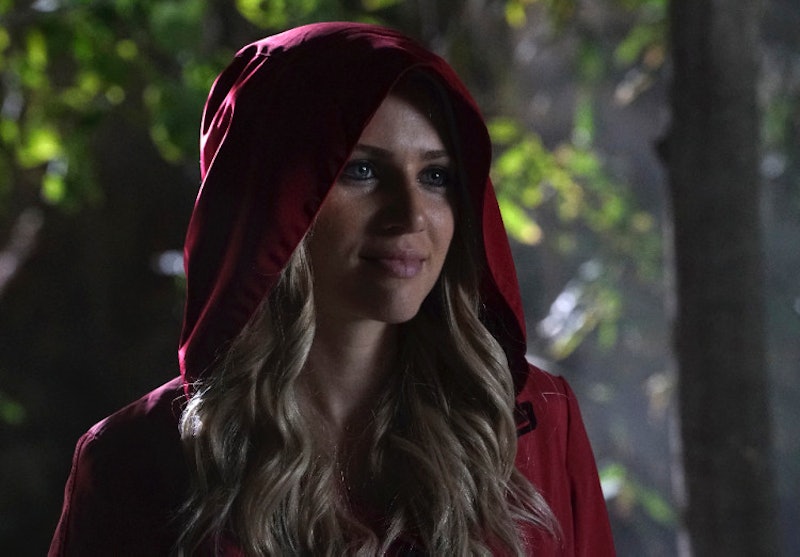 If you thought the reveal that Charlotte DiLaurentis was Big A and Alison's long lost sister finally shut down all of those twin theories, well — think again. Pretty Little Liars is officially opening up the Pandora's box of theories, and it's all thanks to a tweet from showrunner I. Marlene King. The Pretty Little Liars boss has long hinted that there is a twin somewhere in Rosewood, and she tweeted in Sept. 2015 that we would see a twin "soon" in the series. Now that Pretty Little Liars is back, King has apparently adjusted her twin timeline from "soon" to "very soon" — which means that there is a chance that we could find out who has a twin on Pretty Little Liars. This is the moment that fans have been waiting for — but who the heck are the twins?

There have been plenty of theories about the identity of these mystery twins, but right now there seems to be one person on everyone's radar: Sara Harvey. Sara is certainly the person with the most mysterious past not directly related to the DiLaurentis family, which is why when fans think of "mystery twin," Sara's name is usually at the top of the list. One of the biggest theories that seems to pop up again and again on message boards and YouTube is that Sara is Bethany Young's secret twin, because both girls share the same general features.

I'm on the fence about this particular theory, just because, time-wise, Bethany would now be closer to Charlotte's age, and Sara seems to be around the same age as the other Liars. Of course, as we saw from the flashbacks in the Season 6A finale, the ages of the characters on PLL are often more, err, "interpretive" than some fans would like. That said, there's also always the chance that Sara was lying about her age to Emily and the other girls, or that Bethany was a lot younger than she initially appeared in Charlotte's flashback.

If Sara really is the person with the twin — whether the twin is Bethany or not — it would give the character more of a purpose in Season 6B, as well as a possible motivation for why she teamed up with Charlotte in the first place. Perhaps Sara got separated from her real twin, which is why she latched onto Charlotte — she wanted a "sister" just as Charlotte did.

Only time will tell if Sara is really the person with the twin, or if we'll actually see this twin in the flesh on Pretty Little Liars. This twin thing is what PLL fans have been waiting for — let's hope the outcome doesn't disappoint.

For more on Sara and other PLL theories, follow Bustle's podcast Taking This One To The Grave.

More like this
Everything To Know About The 'Pretty Little Liars' Reboot On HBO Max
By Mary Kate McGrath and Jack Irvin
Everything To Know About The Terminal List Season 2
By Kadin Burnett
6 Shows Like Stranger Things To Get Over Your Emotional Season 4 Hangover
By Kadin Burnett
Did *That* Character Really Die In The 'Stranger Things' Season 4 Finale?
By Grace Wehniainen
Get Even More From Bustle — Sign Up For The Newsletter