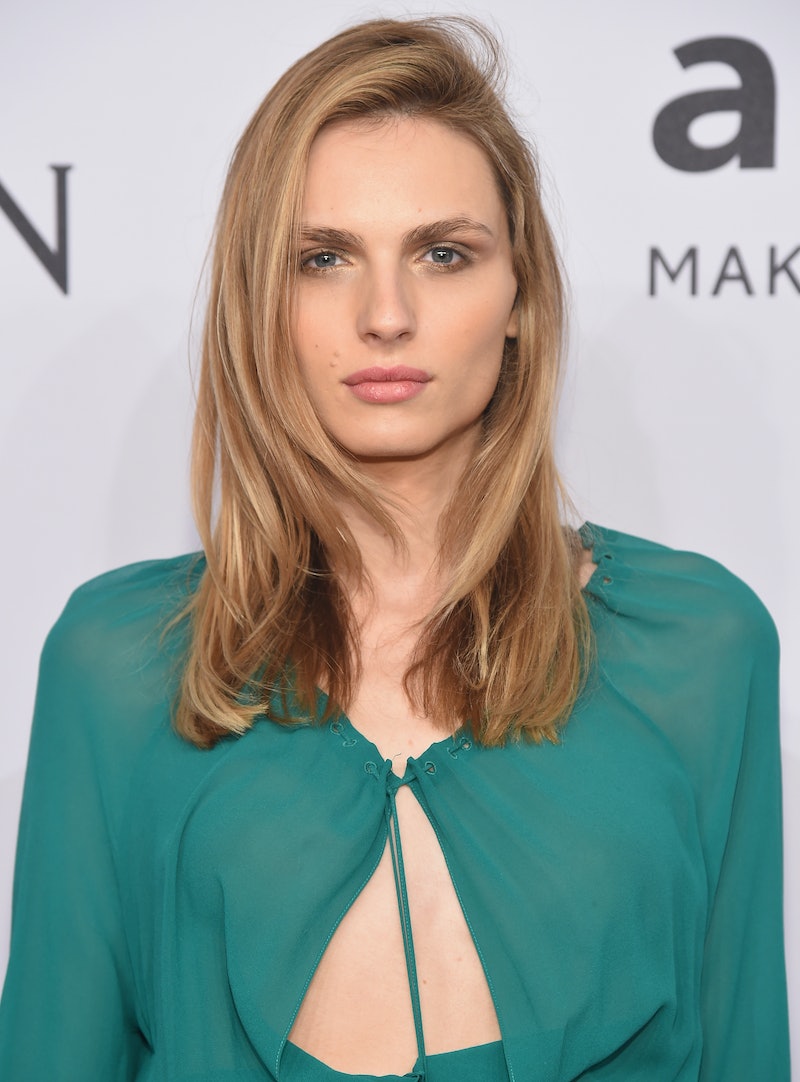 Andreja Pejic is a fashion star, but that's not all she is. She's a groundbreaking model on a mission, and she's getting the recognition that's much deserved. Andreja Pejic appears on Marie Claire Spain in her first cover presenting as a woman. This transgender model is so much more than a pretty face, and her success in fashion is only proof that's steadily breaking down barriers, slaying the fashion game, and looking gorgeous doing it.

Pejic has been an inspiration to many for years. When she sat down with Bustle in 2014, she explained, "I think my career was very much about breaking boundaries and I honestly believe that I can keep doing that. There are still plenty of boundaries that need to be broken!" She's definitely continued breaking down the walls. Just this past year, Pejic landed not only major campaigns but spreads in a major magazine. In April of 2015, it was announced that Pejic would be the first ever transgender model to be featured in Vogue. The editorial featured beautiful images of the model and an interview on gender politics within in the fashion industry. Pejic also landed an incredible campaign with Make Up Forever last year. Basically, she had a busy 2015, and 2016 seems to be shaping up quite nicely as well.

The stunning image, shot by Pablo Zamora, shows Pejic in a gorgeously fun crochet mini dress, her hair hanging down over the shoulders. The relaxed pose and ease in her facial expression are obviously gorgeous, but you need to understand Pejic's backstory and her journey to truly appreciate the gravity of her Marie Claire Spain cover.

Pejic only returned to the catwalk last year after coming out as trans in 2014. Her return to Austrailian fashion week brought her transition full circle. She walked the runway of the very designer with whom she started her career. Since then, her star has only been on the rise. From the campaign with Make Up Forever to her appearance in Vogue, her place in the fashion industry is expanding. In fact, not only does she cover Spanish Marie Claire, she was also named their model of the year.

Basically, Andreja Pejic's Spanish Marie Claire cover is much more than a cover. It's a moment in which the fashion industry is not only accepting transgender model, but giving them a hell of a lot of visibility.