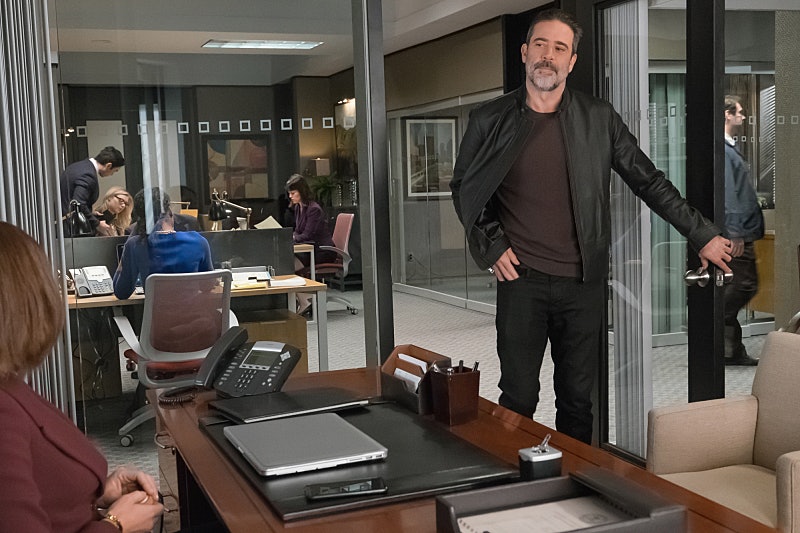 Jason and Alicia are officially working in the same offices at Lockhart, Agos & Lee on The Good Wife , but that doesn't mean the new couple is on the same page. Things might be heating up between the private investigator and the lawyer, but, as far as we know, the two hadn't done more than make out in the elevator...and her office. That all changed in "Targets." Jason and Alicia hooked up on The Good Wife , but they also found themselves in the middle of firm drama.

Alicia and Jason were mostly separated during this episode of The Good Wife . Alicia was recruited by the government for a top secret legal meeting, and Jason was confronted with the realities of working at Lockhart, Agos & Lee, a firm where power is always in play. David Lee and Cary became paranoid that Diane Lockhart was plotting to make the firm an all-female firm, and that she might be planning to force one or both of them out and replace them with Alicia. So, David hired Jason, who is technically still a freelancer, to investigate Diane and her potential all-female firm with Alicia.

Jason did his due diligence, asking Alicia about any talks from Diane about an all-female firm, but he seemed pretty bored with the whole thing. So, when he finally got some time alone with Alicia in her office late at night, he went for the fun stuff instead. After convincing Alicia to ditch her nightcap (she's worried she drinks too much), he and Alicia have sex. In her office.

The next day, after Jason reported his non-findings to David and Cary, he went over to Alicia's office to have a talk. He wants to know where they stand. After all, Alicia is technically still married to the Governor. That's pretty complicated. Alicia assured him that Peter didn't care, but Jason was skeptical. Still, he couldn't resist her when she invited him over later.

With Jason and Alicia officially on and tensions rising at Lockhart, Agos & Lee, who knows what kind of office drama is around the corner.