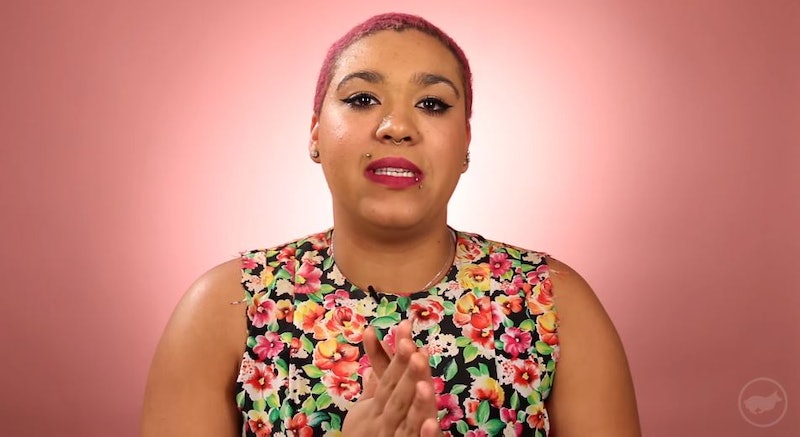 A lot of kids grow up watching Disney movies; however, not everyone gets to be drawn as a Disney Princess. But thanks to BuzzFeed, four women recently had the awesome opportunity to discuss their Disney Princess-inspired characters and be drawn by Disney artist John Ramirez. What makes this experience even cooler? All four women are underrepresented minorities. In an age where we're aiming to be progressively more inclusive and aware, it's important we consider all aspects of our lives within this scope: What can we do as consumers of media to help our kids feel more accepted and included.

Although most of us realize as adults that Disney movies (and, indeed, kids' movies in general) are not necessarily historically accurate, it's worth noting that studies show children are influenced by the media they consume starting from a young age. Unfortunately, this means that the lack of diversity in children's movies, television shows, and books makes a lasting impression on youth. The presentation of gender norms, can be problematic; kids have probably been noticing what researchers found in a recent study — that is, that in Disney movies from The Little Mermaid up through the present, male characters speak more than female characters, even when women are in leading roles — for ages. And, to be fair, a lot of the movies movies support gender norms for men, too — not just women.

But with all that in mind, the goal of a project like BuzzFeed's isn't to rag on Disney, or get rid of the established Princesses we know and love; rather, it's to serve as a reminder that we live in a diverse world, and if our media reflects that, it will only foster more happiness and enjoyment for us as consumers, even as children. Check out some clips of the four women's stories here; scroll down to watch the full video and see the finished pieces of art.

This Woman Wanted a Latina Princess

This Woman Wanted A Princess With Some Curves And A Wife

This Woman Was Thrilled With The Final Product: A Princess Ready For The Philippines

Check out the full video and full transformations, here!