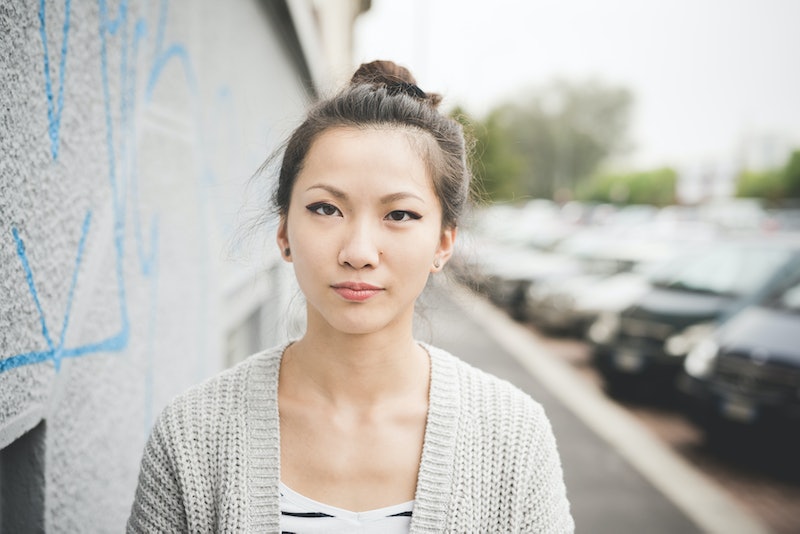 There is no shortage of advice for single women. And I use the term "advice" generously, because normally it's somewhere between a lecture and single-shaming. It's not always meant that way. Some of it comes from a place of support or even concern, but it's delivered all wrong. Some if it is just utter nonsense. But if you're someone who has been single a long time— or even who has been single for a long time at any point— you've definitely been on the receiving end of lots of of "advice" from non-single friends and family. And. It. Gets. Old.

Because if you're single, you either 1) want to be single, in which case you're having a great time and don't need a lecture about where to meet people or 2) don't want to be single and getting the same old hackneyed advice isn't going to help at all — especially from your friends. With some relatives, there's just no way you can avoid it unless you cut them out completely. If you have to deal with it from your family, you don't need friends piling it on too. They're supposed to be the ones supporting you— whether it's with being happy for you enjoying being single or coming up with actual, helpful advice on how to meet people.

No matter who you're getting it from, here are things so many single women are tired of hearing:

What, like during a root canal? Is there any time when you aren't expecting it that would actually be a good time to for it happen? I'd kind of like to have some idea, thanks.

2. "It'll Happen When You Stop Looking!"

What does this even mean? It makes it sound like you're constantly walking around with safari binoculars and a net try to catch unsuspecting prey, and if you just laid off it would happen more naturally. Even though we use the term "looking", what we really mean is "I'm open to a relationship", and I don't think you're going to find it when you're not open to it.

Yes, yes I have. And if I haven't, it's probably because I don't want to.

In what world are people going to sketch classes and touch tag football leagues and meeting the love of their life? I mean, maybe it's happening to someone. And if you want to take up a class, absolutely you should— hobbies are amazing. But there's something weird about taking up one just for the ulterior motive of meeting someone. And then if you don't meet someone it's even weirder.

Nope, nope. Anyone who suggests you tone down or change your personality to meet someone is not only wrong, but destructive. If you change who you are to meet someone, that relationship isn't going to last. Yeah, you may be single a little longer if you're always being authentic, but the relationships that come will be so much stronger for it.

Again, you shouldn't be changing. Holding out for something that's right rather than settling for something you don't want just for the sake of being in a relationship is terrible advice, but we hear it all the time, normally from people who aren't good at being single. Ignore it. It's so much better to be on your own and independent and happy than in a crappy relationship.

Slut-shaming rolled into advice, this is a whooper. People used to tell me I should stop having friends with benefits and I've had other friends be told that it was their one-night stands keeping them from being in a relationship. Not OK. Are one night stands going to turn into relationships? Probably not. Should having fun with some people keep you from meeting other people you want to be with more seriously? Absolutely not.

When you're single and dating casually, sometimes you're friends— trying to be supportive— will get a little amped over every new guy or girl on the scene. Which is sweet, but can be a lot of pressure when they start treating everyone you've gone out with once or twice like your new beau. If you've got a single friend who's dating, it's lovely to involved and ask a load of questions, but don't try to make it turn into something it's not.

Please don't treat a single friend like a two-year-old. Sometimes people in couples act as though they're on a completely different wavelength than single people, and that your little single mind couldn't possibly wrap itself around their lives, decision, and struggles. Don't. Just stop.

OH, AWESOME. EXPLAIN TO ME ABOUT HOW TIME WORKS. NO, REALLY, I DIDN'T ALREADY KNOW.