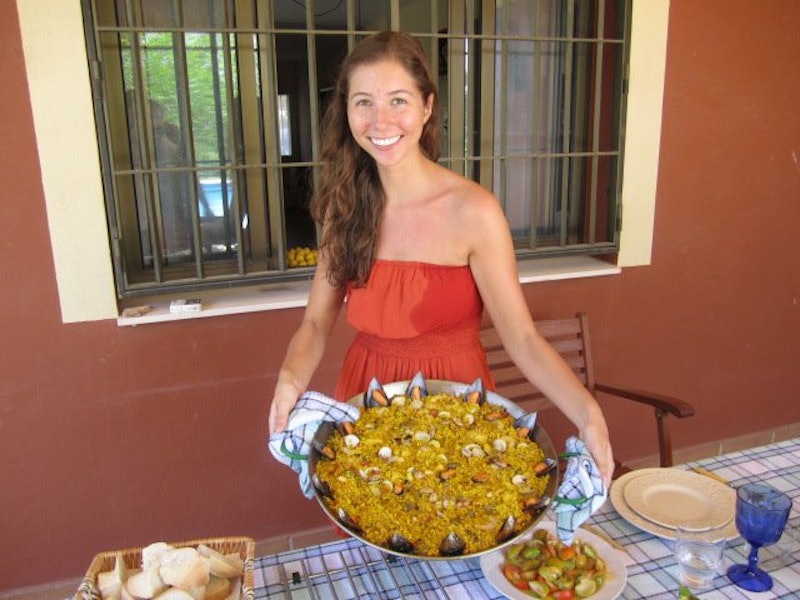 Everyone who knows me knows that I could live off three food groups: bread, cheese, and wine. If asked to eat one meal for the rest of my life, it would be mac and cheese with a glass of Rioja. Which is why it might seem weird that for an entire month, I decided to embark on the Whole30 challenge. Whole30 is an experience wherein you cut out all gluten, legumes, non-gluten grains (like rice and quinoa), dairy, sugar, and alcohol for 30 days. I know, it sounds terrible.

I did the challenge because I wanted to learn to eat a bit healthier. The Whole30 claims to be different than the other diets out there because it aims to change the way you think about food and, quite possibly, even change the emotional relationship you have with your body.

Not surprisingly, throughout my process eliminating all these foods, I faced several challenges — one of which was not having that glass of wine to accompany my dinner on a semi-regular basis. Another was not being able to eat the complimentary bread that always seemed to come when I was out at dinner. But after giving up these foods for a month, there were a lot of changes in my life, both good and bad, which were surprising and educational. Most were positive, while some were completely unexpected. Here's what I learned.

1. I Realized I'm Addicted To Cheese

Ever since I can remember, I’ve been sensitive to dairy. It brought on upset stomachs for me as a baby, horrific acne in high school, and led to significant weight gain post-college. None of this fully stopped me from eating it — until I had to give dairy up to stay compliant with Whole30. And though I’ve been substituting soy or almond milk for cow's milk since late 2005, it was still rough. I wanted all the cheese.

I was pleasantly surprised to discover that there’s actually a reason people love cheese so much. Cheese — and the compounds in it — alters brain chemistry because it contains compounds called casomorphins. Basically, these cause an opioid, drug-like effect on your brain, which causes you to become addicted to cheese.

By not eating cheese for 30 days, I detoxed from my addiction, and I finally admitted that it was causing more harm than good to my body. I have significantly decreased my dairy intake since.

2. It’s Almost Impossible To Find Packaged Foods That Don’t Have Any Added Sugar

While on Whole30, you’re not supposed to have any kind of added sugar. It’s important to note that this is different from foods that have naturally occurring sugar, such as fruits or starchy vegetables. But when Pinteresting recipes for paleo shepherd’s pie or even buying frozen vegetables, it shocked me to know how almost everything has sugar in it. Disaccharide. Ribose. Galactose. Who knew all of these words are just different names for sugar, and that all are commonly found even in packaged foods that seem healthy.

Sugar, when consumed in large quantities, can have adverse effects on your brain, which is why Whole30 prohibits it. When you consume sugar, your tongue’s taste receptors are activated and it stimulates a reward sense in the brain, causing you to want more. According to the American Heart Association, women should get no more than 24 grams of added sugar per day. That's roughly six teaspoons, which is a little less than the amount in one can of soda. The average American woman eats about 18 teaspoons daily.

For me, cutting out sugar was one of the hardest aspects of participating in Whole30, and it's not because I have a serious sweet tooth. Whenever I picked up food that had a nutrition label, I had to go over the ingredients with a fine-tooth comb to make sure there wasn't any form of sugar included. After doing this multiple times a day, every day, I got frustrated realizing all of the foods I couldn't eat. But now, after completing Whole30 and developing a habit of reading labels, I find it hard to mindlessly eat packaged foods that come loaded with sugar (although I'll still have the occasional candy bar).

3. It Is Much Harder To Have A Social Life Without Alcohol

This might not come as a surprise, but when you give up alcohol, sugar, and many other foods for a month, you’re less tempted to grab that drink at happy hour or go to out to dinner on Saturday night. When you know that you can’t order a glass of wine or a cocktail when you go out, it’s easier to say no to the social invitations.

When I did go out, I got bombarded with questions like, “Why aren’t you drinking?” and “Are you sick?” — and it made me want a drink. But knowing that I can survive social situations without drinking, even if I don't necessarily want to, is empowering. Plus, it's since made me think twice before ordering that extra drink, knowing that I don't need it to have a good time.

If you’re anything like me, you have a budget — and sticking to it can be harder than finding an affordable Uber when it’s snowing. But on Whole30, I found I actually had a little extra money in my bank account that I hadn’t anticipated. Since I was buying foods that weren’t processed, I felt full for longer, and therefore, spent less money at the grocery store each week.

Of course, the fact that I couldn't grab that drink after work (or buy that $45 bottle of wine at dinner), also made a huge difference. This calculator actually helped me predict how much money I spend per week, month, and year on alcohol. After realizing that I was spending over $400 per month on alcohol (!) prior to Whole30, I was surprised by just how much I could potentially save by giving up the sauce for a month.

After completing Whole30 and reintroducing alcohol back, I decided to cut my predicted alcohol spending in half. Knowing that I have an extra $200 every month made giving up the sauce for 30 days totally worth it.

5. Not All Food Groups Are Created Equal

During the reintroduction process after Whole30, you incorporate each new food group that you eliminated back into your diet gradually, to see how your body reacts. During this time of Whole30, I realized that just because I felt sensitive to peanuts, which are a legume, does not mean that all legumes affect me. Reintroducing food groups takes time, care, and attention to how each food is making you feel.

For example, when I reintroduced gluten, I became incredibly bloated and uncomfortable. When I had non-gluten grains, such as rice or quinoa, I had no reaction. It’s important to listen to how your body reacts to certain food groups and decide what you want to keep and eliminate in your diet. This isn't to say that I'll never eat bread again, but when I do, I know and am prepared for how I will feel afterwards, which makes me think twice before reaching for that bread basket.

6. It Is Important To Listen To My Body

Completing Whole30 taught me a lot about food, my body, and my relationship with food. I finally decided to listen to my body when it was rejecting dairy, and realized that gluten upsets my stomach more than I thought, and will be limiting my intake of these food groups from here on out. Now that I also know I react poorly to peanuts, I've switched from peanut butter to almond butter, and it has made all the difference in how I feel.

While Whole30 might not be right for everyone, it taught me that my relationship with food was toxic (both figuratively and literally). I used to eat foods because of how they made me feel emotionally, and ignored the physical ramifications. Now, I know which foods make me feel happy, satisfied, and free of any pain or discomfort. I've decided that I'll maintain the eating habits I know are healthiest for me about 75 percent of the time, and allow myself to cheat or splurge the other 25 percent, because that's what feels right to me. And if my body tells me otherwise, now I'll know to listen.