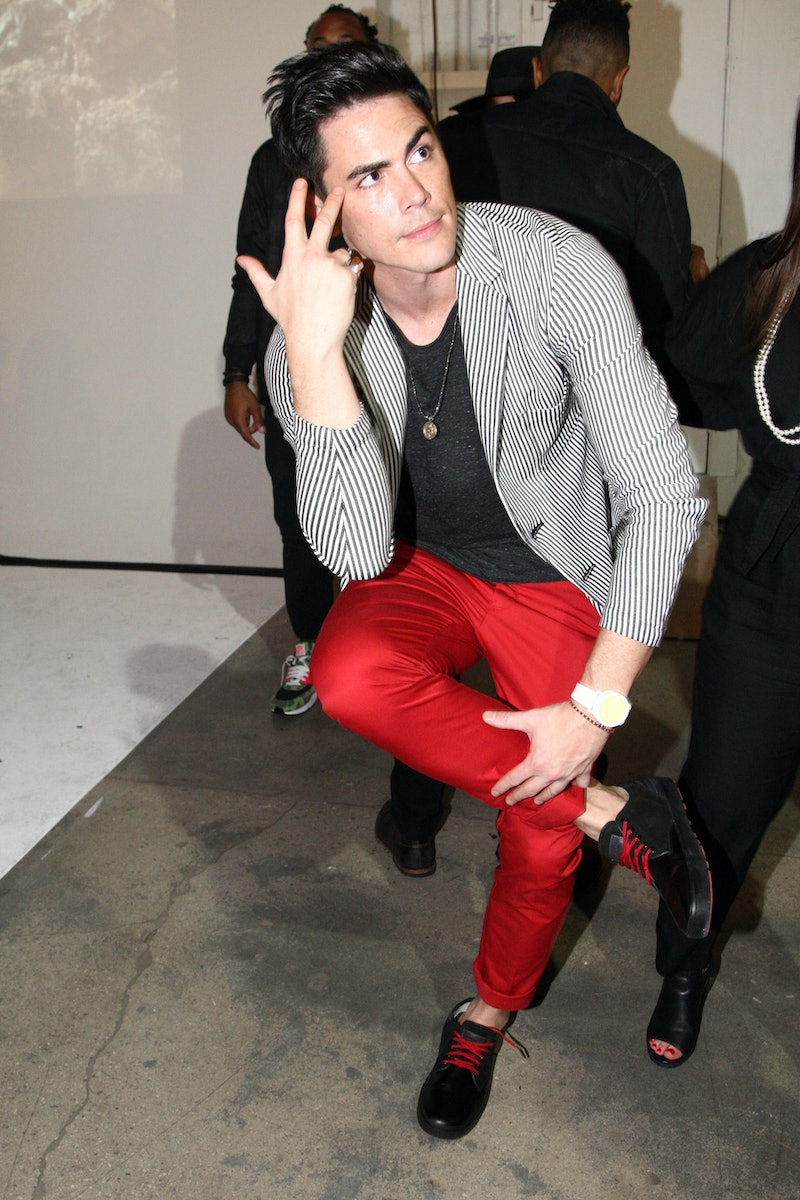 Please raise your Pumpopolotan, because I am about to propose a toast. As you might know, it is the end of an er-A, and I would like to pay proper tribute. *Clears throat.* Several episodes ago, the Toms of Vanderpump Rules got super schnockered in Las Vegas, wandered into a tattoo parlor, and stumbled into their hotel room with fresh ink on their tushes. While Tom Schwartz’s “Bubba” tat went over well with ladyfriend Katie, Ariana was not a fan of boyfriend Tom Sandoval’s bacon “A.” Shortly after returning to L.A., Sandoval looked into what it would take to get the permanent “A” removed (answer: a lot of time and money). Would he go through with it? we wondered. Or would the bacon “A” live on forever? Well, on Monday night’s Pump Rules, we got our answer: Sandoval went to the tattoo removal specialist, dropped trau, and began the painful and expensive journey that was removing the notorious bacon “A.” (That Pumpopolotan better still be in the air, because this toast is not done.)

“God, I want him to keep that a** tattoo,” lamented Tom Schwartz in a talking head. “That’s our thing. That’s our story. I want to be a** tattoo brothers.”

Here's to bacon "A." Thanks for the laughs, the memories, and your candor. You were so young. So brave. So bold. So bacon-like. You will be missed.

...And yeah, you can put the Pumpopoloton down now.