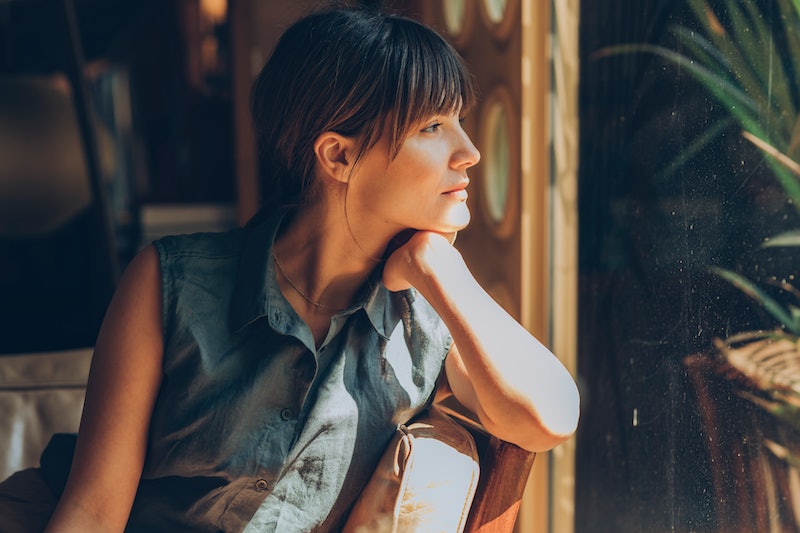 In the beginning of any relationship, romantic or otherwise, we're typically on our best behavior; as we settle in and get more comfortable, however, we tread less carefully and may end up engaged in conversations we didn't realize were toxic. Whether it's name-calling, hurling accusations, or manipulative threats, hurtful words can fall out of our mouths in some of the worst cases of verbal diarrhea — and once you throw it out there, you can't take it back. You can apologize and apologize, but the damage is done.

In all of our defense, it's sometimes difficult to tell if you're in the middle of a toxic conversation. These discussions are often mistaken for passionate, heated moments. That's not to say that this sometimes isn't the case — we often fight with people because we love them — but I do feel that we could all stand to be a little more careful with our words, since they are so very powerful.

Most of these talks are bound to happen at some point, but if you start to notice a pattern of them occurring, you might be caught in unhealthy interactions with a certain person. Here are some conversations that you probably didn't realize were toxic.

There's no problem that a well-crafted ultimatum can't fix, right? Wrong. While meaningful threats may seem like effective problem-solving (and really, they can be so very tempting), many people don't appreciate them. Nobody wants to be manipulated or backed into a corner. Threatening to withhold sex from your partner until they wipe their toothpaste chunks out of the sink might give them the idea to leave even bigger chunks out of spite.

Instead, shift the conversation to a discussion of compromising. Maybe you agree to wipe your toothpaste chunks out of the sink, and your partner agrees to clean her hairballs out of the shower. It's a win-win. You get a clean sink and you don't have to buy as many bottles of Drano.

Nothing makes a person feel lousier than reminding them of how amazing they used to be. I'm guilty of this myself, and it's not the best way to approach the conversation. It can make a person feel as if they're lacking, as if they've become someone that you no longer want or admire.

I think the better direction to take is reminding someone of the things they've done that you love — the way your partner makes you breakfast, for example. No need to remind them that they haven't done it in a year; the gentle nudge might very well be enough, and you're paying them a compliment in the process.

3. Conversations That Involve Pointing The Finger Of Blame

"You did this! You did that! It's your fault!" Certainly, we should all be held accountable for our boo-boos, but I was once told something I'll never forget: When you point the finger of blame, you have three more pointing back at you. Literally. No, seriously — go ahead and try it. What's your hand doing? That's right: Pointing one finger at someone else, while the other three curl back in on themselves in your palm and point directly at you.

It takes two to tango, so if you've unintentionally made it a habit to blame someone for something, make sure you express that you understand that. You're not perfect and you make mistakes too. Own up to them.

And on a similar note...

4. Conversations That Don't Include You

Conversations that aren't a two-way street can be crushing to the person you're speaking to, because a conversation requires two or more people. Don't make the person you're speaking to feel like they're alone on an island. "We" and "us" should always be a part of the talk. If something is wrong, fixing it should be a team effort. If something is right, give yourselves a pat on the back.

Now here's a real winner. Let's tell someone why they suck as a human being. I'm not saying that we shouldn't point out each other's mistakes — this is how we learn; but focusing solely on the negative gives people nothing to look forward to. Nothing to feel good about. This doesn't inspire us to do better.

If you have a bone to pick with someone, try to follow it up with a positive, sort of like we discussed in #2. People like to feel appreciated, so give credit where it's due. And if you find yourself on the other end of the equation — meaning someone is criticizing you — perhaps request that they aim to be a bit more constructive. You're not a rock. You have feelings.

More like this
Dyson Is Dropping Futuristic, Air-Purifying Headphones
By Rachel Lapidos
10 Organizations To Support On Latinx Women's Equal Pay Day
By Caroline Burke and Mia Mercado
14 Underrated Date Ideas To Try With Your Partner
By Lexi Inks
Bumble's "Compliments" Feature Lets You Message Before You Match
By Lexi Inks
Get Even More From Bustle — Sign Up For The Newsletter