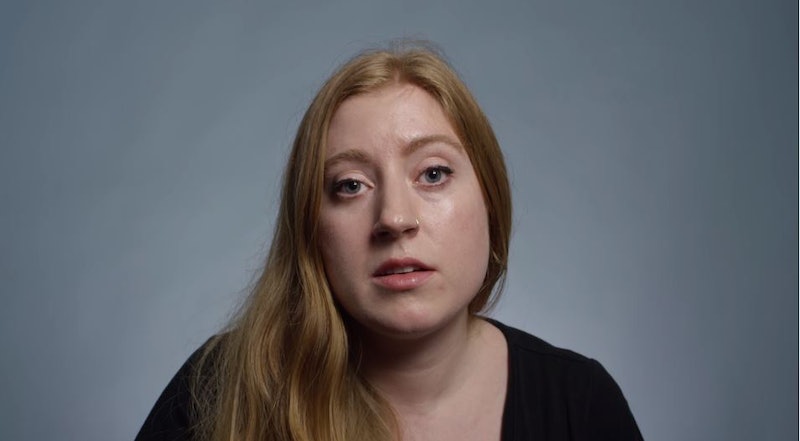 "Fat" is one of the most fraught terms in our culture. In fact, I'd bet that for every possible meaning of the word that you can think of, there is at least one person who interprets it that way every time they hear it. WatchCut's "One Word" episode on the word "Fat" examines what one particular demographic — eating disorder survivors — associates with the term. It's currently Eating Disorder Awareness Week, and one thing we could stand to be more aware of is the harmful way we often use this word.

The word "fat" isn't inherently negative. In fact, many people in the body positive movement have reclaimed it as the neutral characteristic it truly is, like being tall or having brown hair. But because of the negative traits our culture associates with being fat, many eating disorder victims have or have had deeply hurtful experiences with it. By hearing what people associate with the word "fat," we can look at the meanings our culture has assigned to it while still acknowledging that it should have a different connotation — one that isn't negative

Currently, the way we view fat contributes to the moralization of food and weight, and there's nobody who understands this better than eating disorder survivors. Here are some of the very revealing ways they interpret the word "fat"; scroll down to watch the full video.

This woman put it very simply: In our society, thin is good and fat is bad. If you are thin, you are self-controlled and disciplined and saintly, and if you are fat, you are lazy and reckless and bad. It's no surprise, then, that she says, "If I were to be fat, then I would feel less about myself."

"My Entire Life, I've Been Running Away From Fat."

When fat is made the enemy, it propels many people into an endless cycle of restricting, binging, and self-hatred — in short, as this woman puts it, "running away from fat."

Unfortunately, it's common for people to poke fun at fat people or look at them in disgust. "I kind of associated weight gain or high BMI with just being lazy and not caring," the survivor above explained a common stereotype — one that actually hurts fat peoples' self-image and makes them feel hopeless about their health, according to a recent study inSocial Science and Medicine.

"I Associated Being Bigger With Being Unhappy"

Our culture often makes us feel as if once we're thinner, we'll be happy, and if we get fat, we'll be unhappy. And many people with eating disorders feel as if once that scale hits the magic number, their lives will be better. But that number never arrives, because weight loss can't make you happy — and weight gain can when it means you're no longer obsessed with dieting and disordered eating.

"I don't feel that way about other people," this man added. Many eating disorder victims experience this incongruence — because logically knowing that fat doesn't actually mean lazy is one thing, but undoing all the years you've spent learning that message is another.

All these stories demonstrate in different ways that the dieting industry, the media, fat shamers, and concern trolls have a very real and damaging impact when they associate size with health, personality, and moral character. Fat, a necessary substance in everyone's body and an important component of a healthy diet, has taken on a whole new meaning — one that is literally killing people.

More like this
What’s The Kibbe Body Type Test That’s All Over TikTok?
By Marilyn La Jeunesse
Bustle Newsletter: May 6, 2022
By Stephanie Talmadge
6 Abortion Advocates To Follow On TikTok
By Sara Youngblood Gregory
The 11 Best Sheets For Night Sweats
By Megan Gray
Get Even More From Bustle — Sign Up For The Newsletter