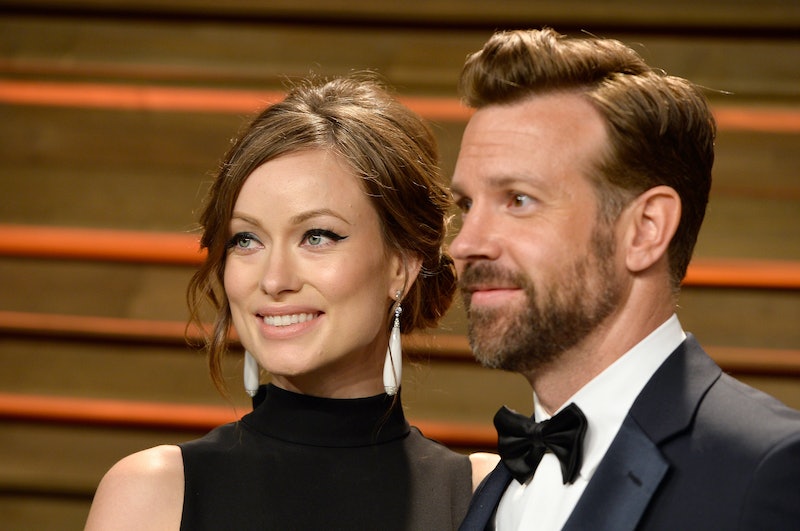 Sony's latest animated venture boasts a tremendous cast of comedic actors. Jason Sudeikis, Bill Hader, Josh Gad, and Danny McBride star in Angry Birds , or at least their voices do. The funny men lend their voices to a variety of birds (and one pig) inspired by the cell phone game that has been downloaded more than three billion times. The animated story surrounds Sudeikis' Red, a very angry bird living on an island of otherwise happy animals. "He's a contrarian. He's a little frustrated. He's the black sheep," Sudeikis says during a Q&A with journalists in Los Angeles. "They carved out a nice little origin story about the frustrations between the birds and the pigs."

Josh Gad, known for his voice work as the sunshine-loving snowman in Frozen, plays Chuck, a bird who runs circles around the island's other creatures. "Chuck has a much better metabolism than I do," Gad jokes. "He's a speed demon. His mind is going faster than his mouth can keep up with. There is something very fun about that. It's one of those characters that is so fun to play because he's out of control."

Bill Hader, who recently voiced Fear in the Oscar-nominated Inside Out, plays the leader of the pigs, Leonard. "My agent called me and said, 'They're making an Angry Birds movie and they want you to play a pig,'" he says. "My character is very jolly and excited, he's basically my dad. I'm doing an impression of my father," Hader jokes.

Danny McBride signed on to be a part of a movie because it featuring some of his favorite comedians. His character, Bomb, "is also angry. He's also a bird," McBride says. "He has an explosive personality. He explodes when he gets angry, but he wants to be able to improve that. He wants to be able to focus his anger. He's embarrassed that he gets so angry, and that's a lot like me. I explode."

But for Sudeikis and the rest of the cast, the central idea of the film — that anger is an inevitable and necessary part of life — rang true to their own lives. "It put me in touch with my inner anger. As does, waking up," the 40-year-old says. "There's a ton in my world that makes me angry. It's one thing thing after another, from the person I get to sleep next to, my child, my supportive family, cool sisters, friends, one thing after another. My anger bingo card is full. Something will turn. It's peaks and valleys," the actor, who is married to Olivia Wilde, jokes to of his life.

"When wanting to access anger, it does help going through these sessions. Five hours at a time of pretending to be an action hero, or yelling and screaming, it does exercise — or exorcize — those demons," Sudeikis says of voice work. "As does a long, drunken night of karaoke. An Eminem song, a Kelly Clarkson song, they are all the same, they all come out angry and get rid of the demons inside."

Josh Gad has a few things that push him over the edge, like, "a reality TV star could be the next president of the United States, things like that," he says, likely referencing Donald Trump's campaign for President. He continues to say: "What makes me angry is being woken up on my birthday, when I'm supposed to be able to sleep, with my wife giving the news that, 'Oh, I have to volunteer at school in an hour, can you watch the kids and Time Warner in? And also make coffee and make egg white omlets for everybody? Happy birthday, love.' That makes angry."

Hader quickly jumps in: "That would be a great morning for some people. To have someone that you love, have a kitchen and a television... that would be great."

If Angry Birds is half as funny as these four comedians are sitting on a panel together in front of journalists, the movie is sure to be a hit. Angry Birds hits theaters May 20, 2016.