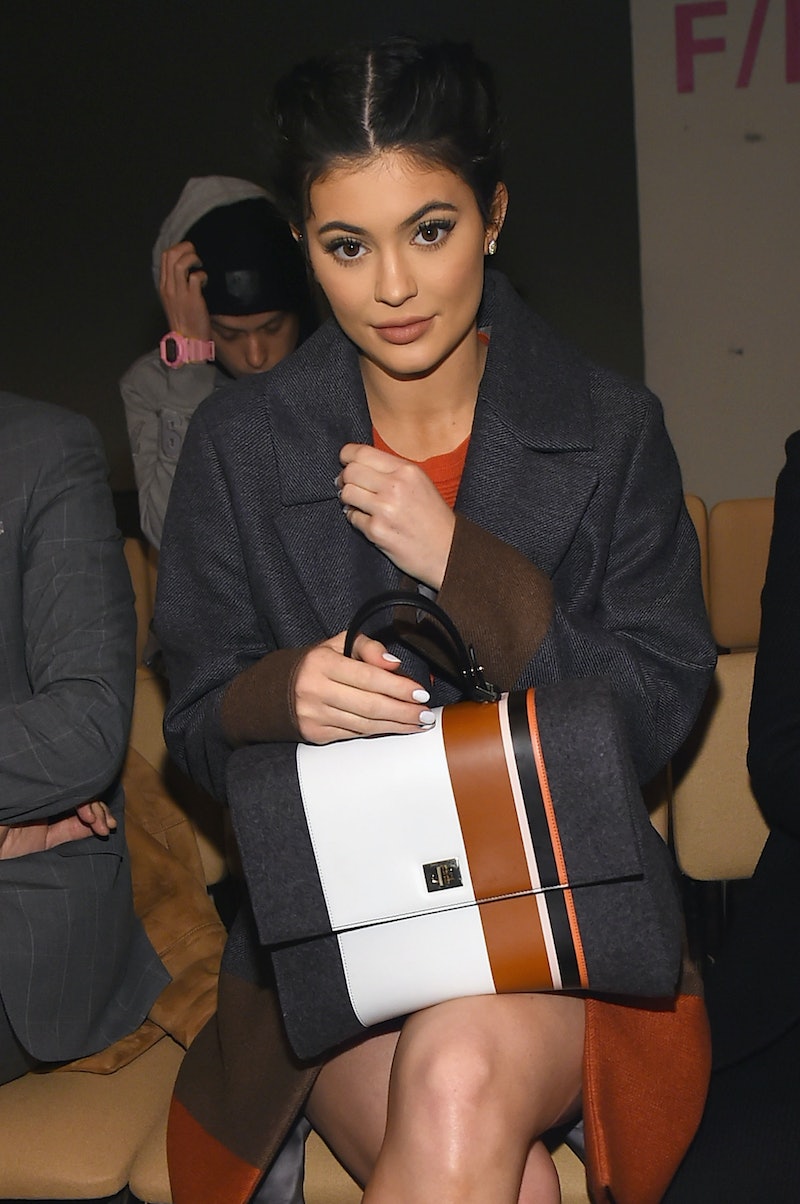 Kylie Jenner's style has practically made her rise to the top of the Kardashian and Jenner totem pole. While all of the famous ladies are known for their style, Kylie has skyrocketed to fame thanks to hers, and tattoos now seem to be her thing. What does Kylie Jenner's new tattoo say? It's got a super sweet meaning, and in traditional Kylie fashion, it's red. Jenner took to Instagram on Tuesday to reveal her new ink, and the tiny tattoo is an adorable homage to her grandmother, but it's definitely not her first tat.

Jenner has been adding tattoos quite often. Just a few short months ago, Jenner added a simple tattoo to her hip that read "sanity," and she's got a tiny heart on the back of her arm. Each of these inks is colored red, and in fact, she's become known for her crimson-hued tattoos. This new one is no exception, but up until now, it's meaning was kind of vague. Jenner took to her Snapchat to document the entire process, and she subsequently posted a photo of the tattoo. However, in the initial photo, it was difficult to decipher the words. Now, however, we know that Kylie has her grandmother's name, Mary Jo, written on her arm in grandfather's handwriting.

The tattoo is definitely a sweet homage to her family, and it's super delicate. Placed on her upper arm, it's a subtle addition to her collection, and I'm loving that it's red. After all, there's a good chance that Mary Jo K, one of her new lip kit colors, was named after this very grandmother, and the lip color is the same red tone.

Basically, the tattoo is sweet, delicate, and totally relevant. Who knows? Maybe she even got it to both commemorate her lip kit success and honor her grandmother. Either way, it's perfect.

More like this
Kylie Jenner Just Added 3 New Buys To Her Clean & Clarify Collection
By Tomi Otekunrin
Kim Kardashian Swears By This £20 Cleanser For Dewy Skin
By Tomi Otekunrin
How To Reduce The Appearance Of Pores, According To Derms
By Paris Giles
21 AAPI-Owned Beauty Brands That Will Be Your New Favorites
By Audrey Noble
Get Even More From Bustle — Sign Up For The Newsletter