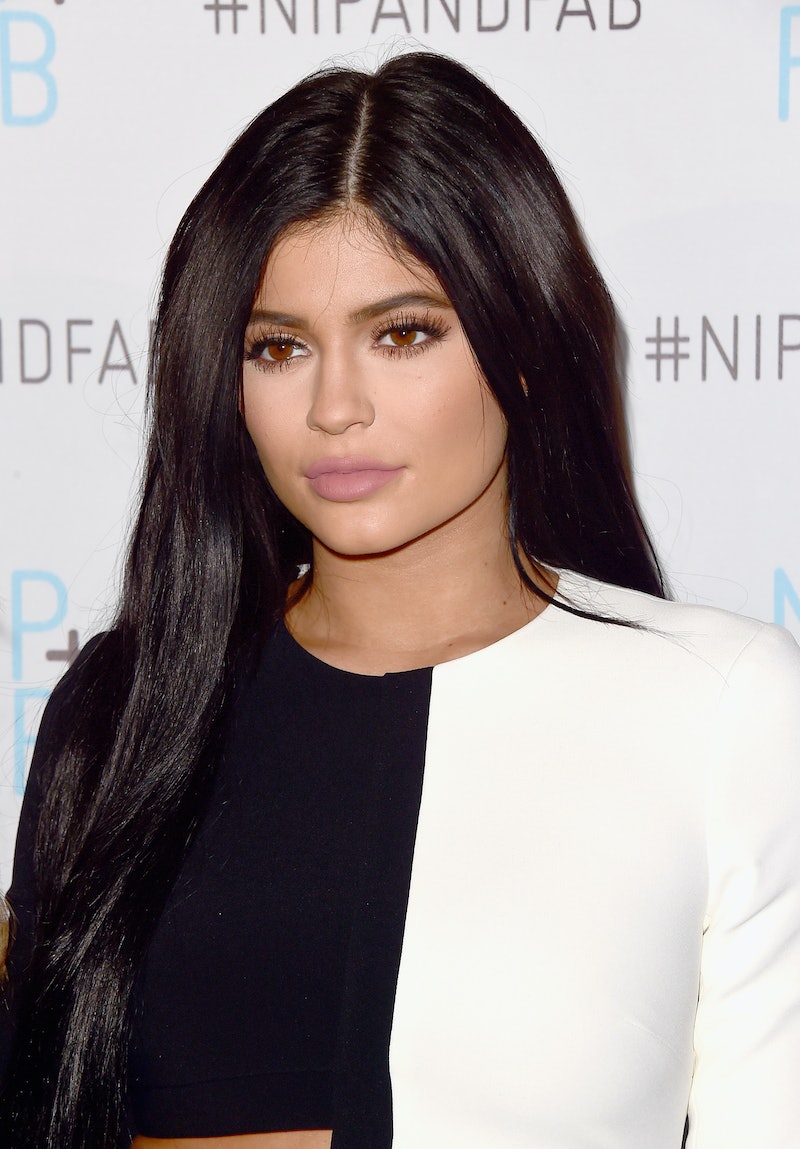 Kylie Jenner likes her ink almost as much as she loves her lip products. She has amassed quite the collection as of late, and they're all super delicate and cute. But besides those two traits, they all do all seem to have another thing in common: They're all red! But why does Kylie Jenner like red tattoos so much? She's never officially spoken out about the color of her tattoos, but it's not every day you see someone getting script tattoos or heart tattoos in a crimson color. That could, though, be part of its appeal, and there's no doubt that Kylie is a trendsetter, so maybe this will be her next big thing.

Jenner's tattoos have made headlines nearly every time she's gotten one. It appears as though ever since Jenner turned 18, she's been amassing a collection of delicate, meaningful tattoos. Her most recent addition is a sweet, crimson-hued homage to her grandmother. The latest ink is her grandmother Mary Jo's name written in her grandfather's handwriting. The adorable tattoo is placed underneath Kylie's upper-arm making it super concealed unless you already know it's there. In addition to her Mary Jo tattoo, Kylie's got "sanity" inked onto her hip in red alongside a tiny heart — also red — on the back of her arm. Basically, Jenner is definitely a fan of the red tattoo, and while their small stature can be explained for multiple reasons — easy to cover, adorable, etc — the color is a little more difficult, but I've got theories.

Here's why I think Kylie Jenner likes red tattoos so much.

Because They Stand Out

Red is a bold color, and it definitely stands out against Kylie's olive skin tone. If she's going to get smaller tattoos, a bold color will make them more visible.

While red is common for tattoos with lots of color, not many people have colored tattoos of simple script of shapes.

I mean, she changes her hair color at the drop of the hat. It's really not that hard to imagine that she'd want colored ink regardless of how small it is.

Because It Sets Her Apart

Kendall and Khloe both have tattoos, and by getting her ink done in red, Kylie sets her tattoos apart from those of her sisters.

Whatever Kylie's reason for getting the red tattoos, there's no doubt that they're being talked about. Not only is Kylie getting inked, but she's making her tattoos ultra unique, and that's such a Kylie move.