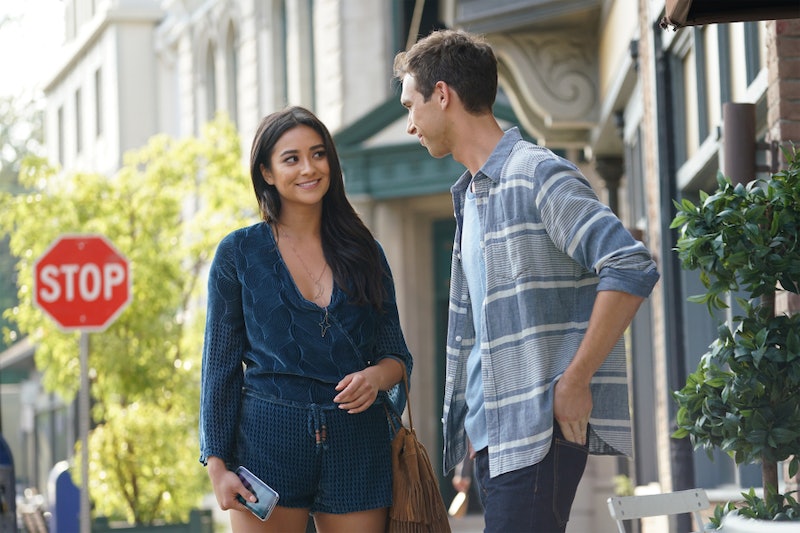 Emily may not have had the easiest time over the last five years on Pretty Little Liars (her father passed away and she didn’t finish college), but it’s truly disappointing that the second she tries to do something good, Uber A takes it all away. Emily was chock full of hormones at the beginning of Season 6B because she was donating her eggs to a couple who had fertility troubles. Philanthropic, right? Well, Uber A stole all of those aforementioned eggs, so is Emily pregnant on Pretty Little Liars ?

Before you tell me, “Oh, none of the eggs were implanted in Emily,” check yourself before you wreck yourself. Emily’s eggs were stolen, right? And we don’t know what happened to them. Uber A could have easily inseminated them and implanted some in Emily. She had that fever dream when she was in the hospital of Sara standing over her bed and giving her drugs to make her pass out — what if that whole thing wasn’t a dream? What if it was real, and all of the books that Uber A sent Emily on baby naming could come in handy in about nine months? It’s just like that time Hanna got a message drilled into her tooth at the dentist, but, you know, with another human life attached to it.

Frankly, I’m not really sure what Uber A’s endgame is here. Though completely evil, Charlotte was at least pretty organized. She was here, she was angry, and she wanted revenge. She had the resources and the brains to run elaborate schemes. Uber A is hacking into computers, inseminating eggs, and trying to run people over with cars. What’s the point? Charlotte is already allegedly dead, so why is Uber A continuing this whole thing? I sure hope it doesn’t take another six seasons to figure out their master plan. For more on Season 6B, check out Bustle's PLL podcast, Taking This One To The Grave.

More like this
Taylor Swift Is "Spiraling" After Releasing "This Love (Taylor's Version)"
By Jake Viswanath
Everything To Know About Marvel's 'Echo' Series On Disney+
By Grace Wehniainen
Will Viewers Revisit Welcome To Eden For Season 2? What To Know
By Kadin Burnett
The Good Doctor Already Added 2 New Cast Members For Season 6
By Brad Witter
Get Even More From Bustle — Sign Up For The Newsletter