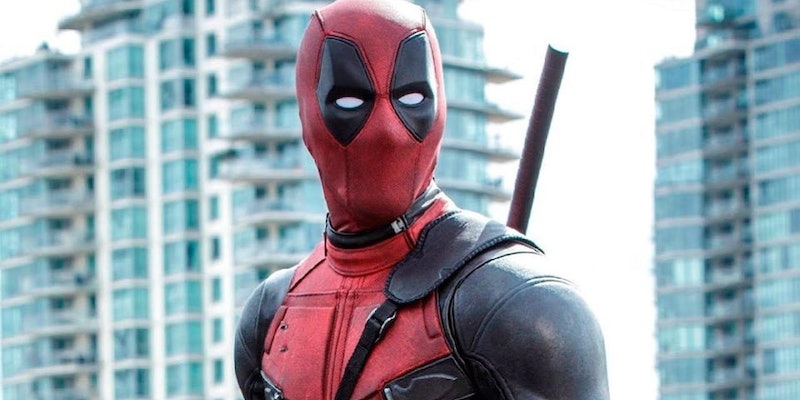 On Friday, Marvel Comics announced a new Deadpool vs. Gambit mini-series. The five-issue comic book story will focus on the shaky partnership between the Merc with a Mouth and the Ragin' Cajun, which comicbook.com reports lasts "just long enough [for them] to stab each other in the back." Deadpool vs. Gambit No. 1 is slated for a June release.

Deadpool vs. Gambit won't be the first time Wade Wilson and Remy LeBeau have appeared together. Check out this image from artist Matt Campbell, which features Deadpool, Gambit, Punisher, and Grifter patrolling Tombstone, Arizona. In the abysmal X-Men Origins: Wolverine — which grossly disrespected everyone's favorite mercenary — Gambit takes Logan to Three Mile Island, where he fights an experiment known as "the Deadpool."

The Deadpool film adaptation has broken numerous records in the not-quite-two weeks since its release. Ryan Reynolds portrayed the character in both his film incarnations. But Taylor Kitsch will not reprise his X-Men Origins: Wolverine role in Gambit. Instead, Channing Tatum will pick up Gambit's cards for the October 7 film.

Along with X-Men: Apocalypse and Hugh Jackman's last Wolverine film, Deadpool and Gambit mark a new era of mutant movies. As early as May 2015, whispers about the chance of a crossover film hit the Internet. The post-Jackman future of Fox's X-Men films remains uncertain, but two rumored mutant movies — New Mutants and X-Force — could provide the perfect opportunity to show Deadpool and Gambit together.

Until then, we'll just have to content ourselves with the Deadpool vs. Gambit mini-series.

More like this
The 20 Best Audiobooks To Fall Asleep To
By Aoife Hanna and K.W. Colyard
'Bridgerton' Star Nicola Coughlan Confirms Season 3 Will Focus On Colin & Penelope
By Grace Wehniainen and Alyssa Lapid
Candice Carty-Williams’ 'People Person' Tackles Daddy Issues With Warmth
By Sam Rogers
'Avatar 2' Now Has A Teaser Trailer & Release Date
By Jack Irvin and Alyssa Lapid
Get Even More From Bustle — Sign Up For The Newsletter