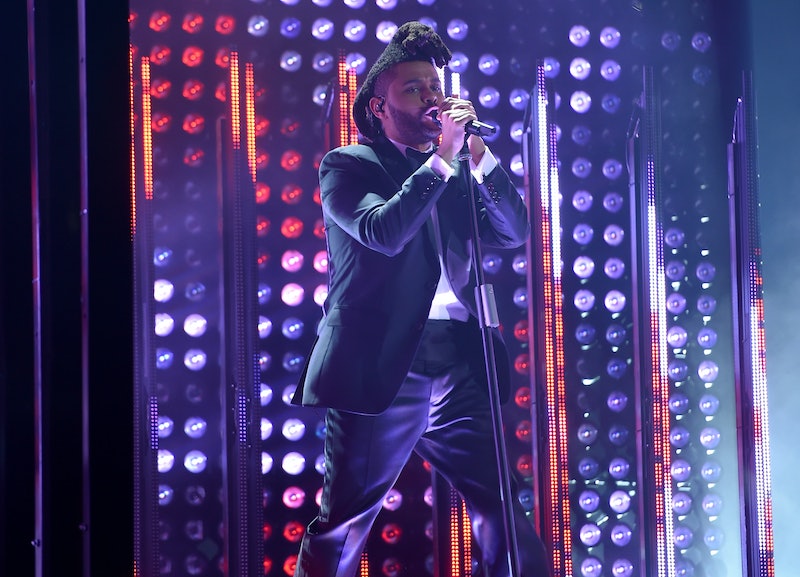 The Oscars are the film industry's biggest night, but a select few representatives of the music world are also invited to the party. Like past telecasts, the 2016 Oscars will include several musical performances to break up the monotony of presenter patter and endless montages. The performances include representatives from the Best Original Song category, which honors music composed specifically for films. This year's Academy Awards will also hand the show over to non-nominee Dave Grohl for a "special performance"; the content of which has so far been kept under wraps. Looking at the lineup for the ceremony, I can honestly say that the 2016 Oscars can boast cooler musical performances than usual.

I already mentioned Grohl and his surprise act, but let's look at those Best Original Song contenders. Of the field, Sam Smith, Lady Gaga, The Weeknd will be taking the stage to perform their nominated songs. Variety reported that other nominees, "Manta Ray" from Racing Extinction and “Simple Song #3” from Youth, would not be heard on the Oscars, due to "time constraints." Without a doubt, those songs' respective performers Antony Hegarty and Sumi Jo have less immediate name recognition than the Gagas of the world, so I take the time excuse with a grain of salt. But it's the Oscar producers business to curate their performances, and this year they've put together a fairly hip set. Here's what your eardrums can look forward to on Feb 28.

OK, with the Oscars on the list, The Weeknd is now officially everywhere. He'll be performing his slinky track from the Fifty Shades Of Grey soundtrack, "Earned It." The modern take on the slow jam was, frankly, the poorly reviewed movie's only hope of being represented at the Academy Awards.

After stepping away from the pop spotlight for a while, Lady Gaga has also had a hell of a year. She redefined herself as a polished standards crooner with her frequent collaborator Tony Bennett and as a rising actress on American Horror Story. Now "Til It Happens To You," her co-write with the queen of the power ballad Diane Warren for the campus sexual assault documentary The Hunting Ground, is up for an Oscar. Gaga will perform the stripped down, piano-and-strings forward piece on the telecast, hopefully trading her usual sense of spectacle for something simple and powerful.

Soulful Brit Sam Smith is coming to the Oscars with his Golden Globe winning Bond theme, "Writing's On The Wall." The Spectre track is all falsetto and drama; I see it going down with a full string section backing Smith up.

What will Dave Grohl be doing at the Oscars? I don't know, but I trust him. His plans have been kept very hush-hush. And for a night that's become increasingly predictable thanks to award odds-makers, a little mystery is a great thing.

The Oscar performance list is starry and varied this year. But what if one of the nominees who wasn't invited to perform actually wins? Awkward.