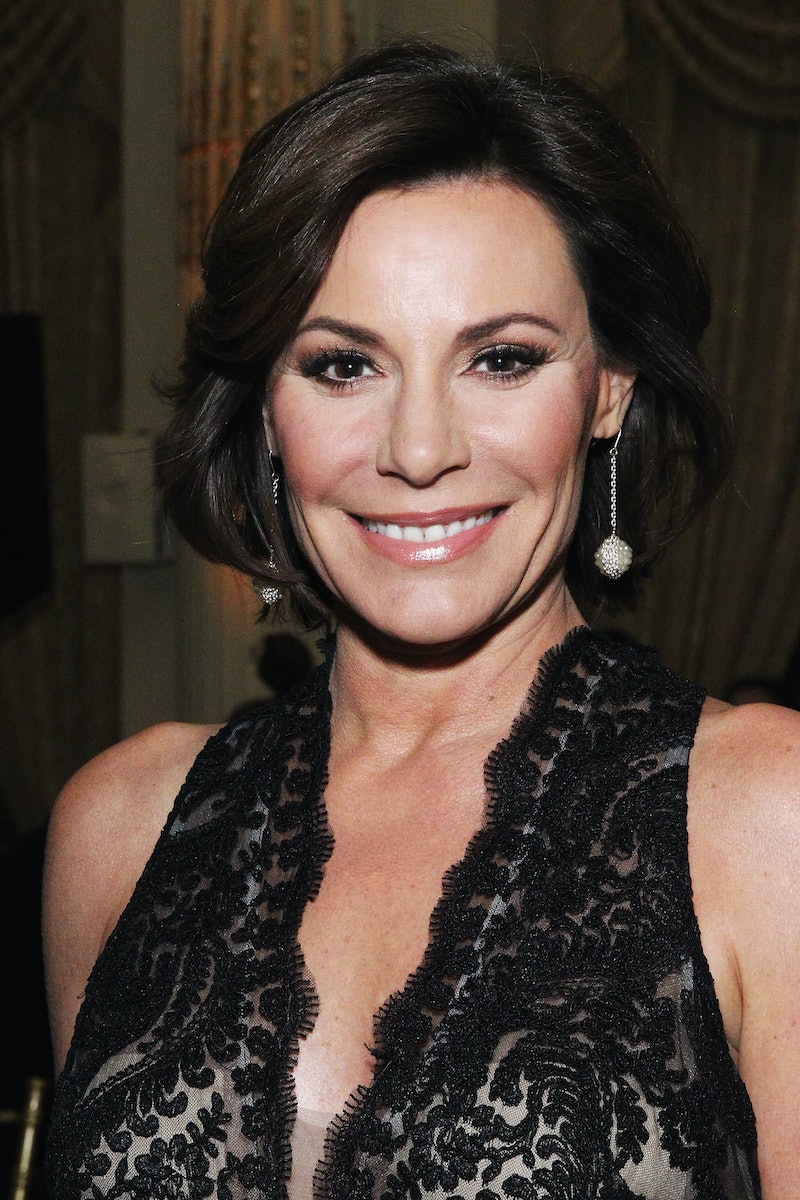 In between all of the drama on the Real Housewives of New York City, LuAnn de Lesseps has been busy falling in love and getting engaged to Thomas D'Agostino Jr. That's right, The Countess is planning a wedding and will soon be tying the knot for a second time around. As exciting as all of that sounds, did you ever stop to think that LuAnn de Lesseps will change her name after her nuptials? Yep, de Lesseps won't be technically be a countess anymore. If you ask me, that's just nonsense, because LuAnn de Lesseps will always be The Countess.

For my fellow Real Housewives fans, you know that the RHONY star has held her title (which she acquired after marrying her first husband, Alexandre de Lesseps, who is a count) to high standards and isn't afraid to correct someone when they don't address her correctly. Sometimes I even forget that her name is LuAnn, because for the past seven seasons of RHONY I've been conditioned to refer to her as "The Countess."

That said, when I stumbled upon a Bravo post saying that she won't be The Countess forever, well, I panicked a little. How can the "Money Can't Buy You Class" singer not hold onto her title until the end of time?

As Marlene Eilers Koenig, operator of the Royal Musings blog and an expert on British and European royalty, told Bravo's The Daily Dish, "Once she marries, she no longer can use that name. She can use her new husband’s name or revert to her maiden name [which is Nadeau]." If D'Agostino also had a title, then she could take on that as her new title, Myka Meier, founder and director of Beaumont Etiquette, explained to The Daily Dish. Maybe he should just dub himself a "Lord" like Scott Disick and then de Lesseps' fans can all her "Lady LuAnn"? I like the sound of that.

Anyways, even if she wasn't getting married, The Countess still wouldn't always be Countess de Lesseps. If her ex-husband were to marry, then his wife would take on that title. Though, that doesn't mean she has to give up The Countess completely. She can still go by The Countess, despite it not being politically correct. "I think if she decides to keep it for show business reasons, that's something completely separate and would just never be recognized internationally as a formality," Meier said. "That would be something that's more a stage name at this point."

Even if it's just a "stage name at this point," I'll take it. So, now that that's all somewhat sorted out, when LuAnn changes her name, how will she notify everyone? Per Meier, the proper way is to send out announcements, like you would if you were having a baby or getting married. Basically, everyone will have to be reconditioned on how to refer to The Countess. Maybe she should just write a song about it?

Oh well, I don't care what any expert says, she will always be The Countess to me and here's why.

Every Countess is a boss.

She Admits Her Life Is The Best

At least she owns it, right?

She's All About Respect

Don't ever disrespect The Countess.

She Calls Herself "Countess"

The Countess will never be forgotten.