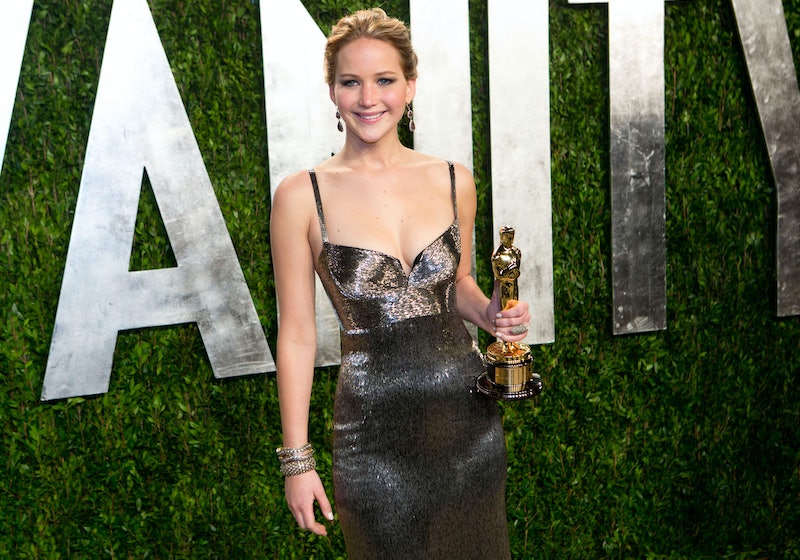 The two main reasons that the world watches the Academy Awards are for the handing out of the golden statues and also for the red carpet arrivals. However, as more and more celebrities are attending post-show events, fans are getting a second opportunity to see some of the best Oscar after party outfits on Hollywood's biggest night. Most of these memorable looks seen at star-studded parties hosted by Vanity Fair and Elton John are even magnificent enough to wear on the red carpet and the awards show itself.

Unlike like the most iconic Oscars red carpet looks of all time, these after party dresses are less about making a serious fashion statement and more about having fun. After all, the winners have already been announced and the stars are ready to let loose and have fun. Of course, it doesn't hurt to carry around the coveted Oscar statue as an accessory. In years past, celebrities went straight from the Oscars to the after parties while wearing the same outfit. Now that we're in the era of fashion blogs and social media, stars like Jennifer Lawrence, Lupita Nyong'o, and Lady Gaga are showing up in entirely different yet equally chic looks. Meanwhile, celebs who only show up to the after party still have a chance to make an impression on Oscar night even without stepping foot inside the ceremony.

As Hollywood prepares for another glamorous night, let's take a look at 11 of the most jaw-dropping Oscar party looks of all time:

She wore Christian Dior to accept her Oscar, but Lawrence wore this sleek, metallic Calvin Klein to celebrate her win in 2013.

The 2014 Oscar winner changed from her sky blue Prada gown to this festive and frilly Miu Miu dress for the after party.

We all know how much J. Lo loves a green dress, but she looked downright regal in this hue at the 2006 Vanity Fair party.

The pop star gave menswear a fun and fresh twist with this black top and printed white trousers. She's just being Miley y'all.

In 2013, Solange made everyone say "Bey who?" in this vivid yellow gown paired with bright pink lips.

Gomez made a splash at her first Vanity Fair party in a red Dolce & Gabbana gown and Justin Bieber as her date.

The outspoken TV host slayed in this all-white ensemble that featured a body-pos mesh bodice and elegant cape.

The Pitch Perfect star took a risk with this printed dress at last year's party and it paid off wonderfully.

She rarely wears this silhouette, but Kardashian's red ball gown at Elton John's 2014 bash was stunning.