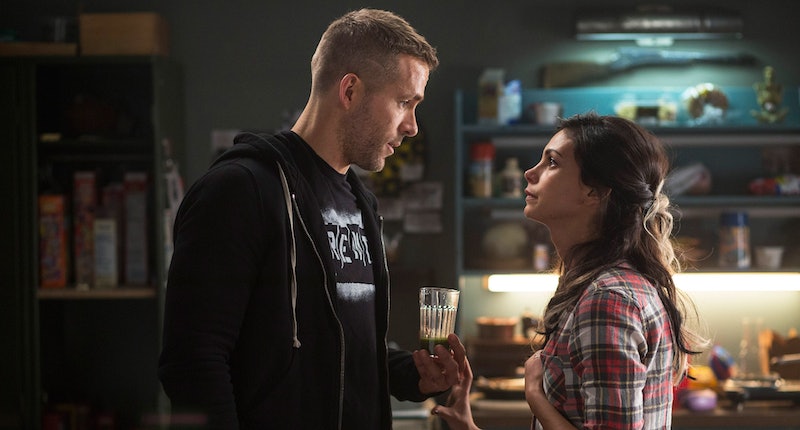 Let's cut to the case: Deadpool has made a boatload of money. As of this writing, Fox's X-Men spinoff has hauled in half a billion dollars worldwide in just two weeks, all on a budget of $58 million. It had the highest grossing opening weekend of any R-rated movie and any movie ever released by Twentieth Century Fox, and it's already the highest-grossing X-Men film ever here in the U.S. So why was Deadpool so successful? Contrary to popular belief, it's not just because it's R-rated, violent, and raunchy. It's actually because the film managed to capture the true spirit of the character from the comics. And if I could point to one aspect of the movie that best represents the movie, I'd go with the Deadpool soundtrack. Especially one song in particular.

All of the music in Deadpool is great. The silly "Deadpool Rap" by Teamheadkick that accompanies his hero montage is beautifully meta. DMX's "X Gon' Give It to Ya" provides excellent backing music in setting up Deadpool's final showdown with Ajax; especially since he's got a couple of X-Men on his side. And the easy-listening "Angel Of The Morning" by Juice Newton provides the perfect contrast to the carnage with which it shares the screen. But without question, the one song in Deadpool that stands out more than the others is "Careless Whisper" by Wham!

At first glance, this track, the sappiest of sappy love songs, seems like an odd fit for an R-rated superhero movie. But that's the point. Deadpool is a fun-loving character who loves irony, so including the song in the violent film actually makes sense. But then the movie does something even more masterful and uses the song in such a way that it actually comes across as being sincere. So how did they do that?

Deadpool tells the audience early on that the movie is a love story, and it kind of is. The entire plot revolves around the antihero Wade Wilson going through hell trying to look like Ryan Reynolds again just so he can get back the love of his life, Vanessa. The relationship between the two is the core of the movie, and the first act isn't terribly different from a raunchy romantic comedy. This is where the audience is first introduced to "Careless Whisper", as Wade tells Vanessa that his Wham! record is one of his most prized possessions.

Then, at the very end of the movie, after all of the violence and craziness, Wade and Vanessa are finally reunited, and she sees him as the grotesque Deadpool for the very first time. They share their obligatory end of movie kiss, but not before Deadpool starts playing "Careless Whisper" on a walkman he brought just for the occasion, which he happily calls out. So the film ends with a real love song playing over a real end of movie kiss. In any other movie, that song playing over the stereotypical reunion kiss would be cheesy as hell, but because of how Deadpool sets it up early in the film and then delivers it, without the snark the audience expects from him, it just works.

I'm still surprised at how well "Careless Whisper" works in Deadpool . It just goes to show you that superhero movies don't have to be big studio-produced money grabs. If they're made with heart and passion, they can really be something special.