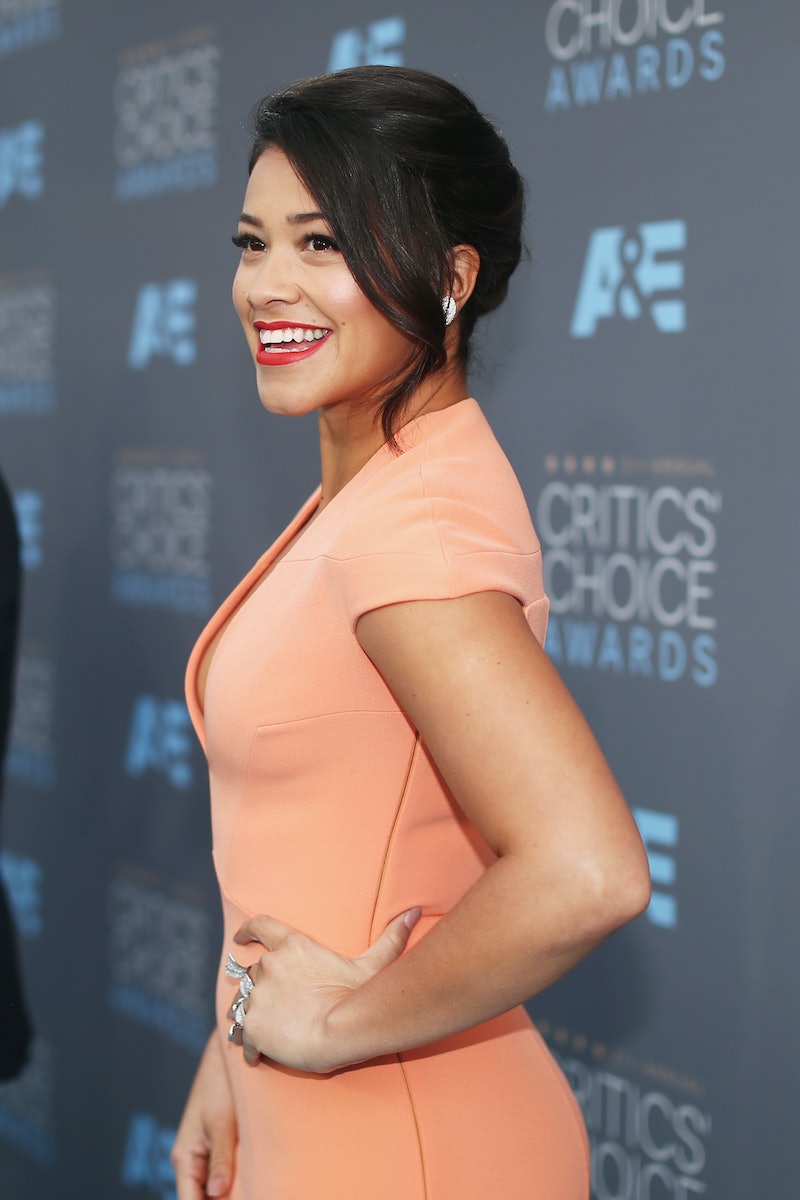 No matter how upbeat and forward-thinking we try to be, it can be tough to be faced with today's unrealistic beauty standards without feeling discouraged. We try our best to stay progressive, but it's hard not to fall into old patterns of insecurity and self-doubt. Luckily for us, there are tons of celebs out there who are surprisingly body positive to keep us looking forward. Everyone from Meryl Streep to Chrissy Teigen to Danielle Brooks has said their fair share of inspirational messages for all the women and young girls struggling with their self image. And rightly so, too — after all, 2015 was the year body positivity went mainstream.

Yep, facets of body positivity are everywhere right now, and it's nice to count on a few token stars to help keep the torches lit. Mega-watted stars like Jennifer Lawrence, Lena Dunham, and Rihanna routinely speak out about size inclusivity and our society's oft-discouraging beauty standards, but they're not the only ones out there talking the good talk — lots of stars have declared themselves as body positive, even some of the ones you might not expect.

So, with all that in mind, let's take a look at some of the most inspirational — yet in some ways unexpected and/or underrated — body positive celebrities out there!

The "Hips Don't Lie" singer has long been famous for her body positive attitude — but she recently took things to a whole new level when she insisted that her animated character in Zootopia be redesigned to be curvier, according to Refinery 29.

The former Lizzie McGuire has played role model for a lot of us over the years — and that hasn't changed as she's entered phase two of her TV career on the ever-excellent Younger . She talked about her own struggle with appearance and how she combats it in an interview with Elle, saying, " I just tell myself, 'I'm 5'2", I'm really fit, killing it in the gym, and doing crazy things.' I love to work out, but I'm just not that concerned with being the skinniest person. I'm not a model; I'm an actress."

She's also carried her body positivity, through new motherhood, posting inspirational Instagrams like the one below:

Alicia Keys is awesome in pretty much every way, so it should come as no surprise that she had some choice words to say about body image. In an interview on The Conversation , she said, "We as females are like the most beautiful, beautiful, gorgeous creatures in the whole world. And I think that we are gorgeous no matter what size we are. In fact, I personally think that we are even more beautiful when we are a bit thicker and bigger and more robust."

Margaret Cho's opinion on just about everything is pure gold, and her stance on body image is no different. She penned a powerful essay on the topic on her personal website, where she inspired fans by saying:

I fly my flag of self esteem for all those who have been told they were ugly and fat and hurt and shamed and violated and abused for the way they look and told time and time again that they were ‘different’ and therefore unlovable. Come to me and I will tell you and show you how beautiful and loved you are and you will see it and feel it and know it and then look in the mirror and truly believe it.

You know what three-time Oscar winner Meryl Streep's advice to young actors is? She told Elle, "For young women, I would say, don't worry so much about your weight. Girls spend way too much time thinking about that, and there are better things."

Former Ugly Betty star America Ferrera had similar advice — she famously told Cosmopolitan for Latinas, "Take your time and your talent and figure out what you have to contribute to this world, and get over what the hell your butt looks like in those jeans!"

Whitney Cummings recently gained some weight, and celebrated by posting a topless picture on Instagram. How boss is that? She also talked about the matter on The Today Show, saying, "I gained, like, 25 pounds, which I think I needed to ... I was way too skinny before."

Danielle Brooks penned a powerful essay for Glamour Magazine, where she talked about her struggle to reconcile herself with our society's messed up beauty standards. It's a gorgeous piece, and it ends on a high note:

Ideally, I want to see all beauties, all shapes, all sizes, all skin tones, all backgrounds represented in my profession. Now that I am blessed to be that reflection I was once looking for, I’m making a promise to speak out for that little girl that I used to be. I might not have the power to change what media puts out there, or to single-handedly convince young girls like me that they should love themselves. But what I can do is start with me: living each day, embracing who I am.

Drew Barrymore has always told it like it is, and her stance on size and shape is no different — as she so succinctly put it in her memoir, Wildflower, "My limbs work, so I'm not going to complain about the way my body is shaped."

After being criticized by the tabloids (which is, in and of itself, ridiculous — see above photo for proof why), Selena Gomez fired back with a bikini'd Instagram captioned, "I love being happy with me yall," followed up with "#theresmoretolove," and a crying-laughing emoji.

You wouldn't necessarily think Chrissy Teigen would be a pioneer of acceptance, and yet the model has embraces her body, so-called flaws and all, time and time again, even taking to Instagram to document her stretch marks.