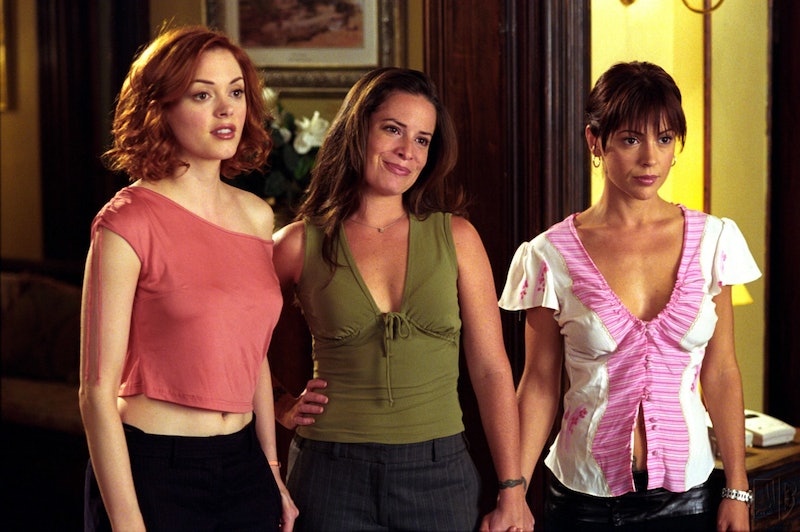 The WB was a sanctuary for shows that were basically the television equivalent of getting a giant hug, and Charmed gave the biggest, warmest hugs of them all. For a show about powerful witches who were also sisters, Charmed was remarkably cozy TV. Bad things happened for sure, but mostly it was about the Halliwell sisters supporting each other and kicking demonic butt. Now that it's over — and has been since 2006 — finding shows like Charmed is not always easy. After all, the Halliwell sisters' bond was truly something special. Still, it's not impossible, so Charmed fans must persevere.

Once you have rewatched all eight seasons, it is time to search out new shows to fall in love with. The Halliwell sisters can never truly be replaced, but there are shows out there Charmed fans will love. Some of these shows play up the supernatural aspect of Charmed with its angels — err...Whitelighters — and demons (not to mention fairies, alternate universes, and trolls), while others are all about those amazing family dynamics and girl power message.

I promise you, if you are still obsessed with Piper, Prue, Phoebe, and Paige, then these shows are destined to command your attention. And yes, most of them also have the added benefit of feeling like a big hug from an old friend, even if you are watching them for the first time.

Magic and baking collide in this adorable kids' show from Amazon Prime. There are three tween best friends at the center of the story, and together they are learning magic through the fine art of baking. Between the addictive mystery element and the way the girls are willing to fight for each other no matter what, this show could be called Charmed Jr. — and that is definitely a compliment.

Hallmark's Good Witch (and the seven TV movies that preceded the series) is completely charming. There are lots of fun romantic subplots and Catherine Bell's Cassie is the kind of witch Piper would have been besties with.

Cole and Phoebe fans, this one is for you. Hex is darker than Charmed, but the relationship between fallen angel Azazeal (a young Michael Fassbender!!!) and witch Cassie will remind you of the star-crossed romance between your favorite demon and witch. Hex is a little hard to track down — it originally aired on Sky One in the UK, and BBC America in the US between 2004 and 2005 — but if you can find it, you are in for a Gothic treat.

There's no magic in the world of Zoe Hart, but you won't be bothered. What the show lacks in witches, it more than makes up for with small town hospitality. Tonally, Hart of Dixie and Charmed are totally cousins.

5. Midwinter Of The Spirit

If you aren't a fan of actual scares, steer clear of this British exorcism series — but if you are OK with dark imagery and a bit of campiness, this show will be your new obsession. Now streaming on Acorn TV, Midwinter of the Spirit is definitely spookier than Charmed, but it also has its share of genuinely funny genre moments as well.

Charmed loved Xena so much the show did an homage episode. The adventures of the Warrior Princess and Gabrielle may be set in the mythological days of yore, but they are just as fun and emotional as the modern stories of the Halliwell sisters.

This cancelled-way-too-soon Lifetime series is all about strong women, magical mysteries, and sexy romances. Luckily, both seasons are on Netflix for you to marathon in one witch-filled weekend of awesome.

Sure, Jane the Virgin lacks witches, but it's also full of warmth, romance, twisty storylines, and a story grounded in the multi-generational female support system of the Villanueva family. If it is the family element of Charmed you miss the most then you owe it to yourself to give Jane a chance.

Miss all those monsters of the week? Then you are going to love Grimm. As an added bonus, the main character, Nick, inherits his powers just like the Halliwells did, which leads to him wrestling with his heritage and his desire for a normal life.

A sexy devil, a cool cop, cases of the week, and occasional musings on the meaning of life — this Fox show is undeniably fun.

One lone female werewolf balances life with her pack of hot, but frustrating wolf bros, with the normal life she has built for herself in the city. Different premise, but an entertaining show with a female lead you will instantly root for.

I feel like every Charmed fan has seen Buffy by now, but if you haven't, then move this show to the top of your list.

Trust me on this one. There's action, found family dynamics, amazing women who kick butt, and a depth of emotion only people who stuck around past Season 1 got a chance to see — sounds familiar, right Charmed fans?

The mystery element is convoluted on a good day, but the amazing young women and the bonds they form as the series progresses will make you forget all about the rough patches.

You now have enough post-Charmed suggestions to keep you busy for at least three years. Enjoy life after the Halliwells, and if you miss them, remember they will still be on Netflix waiting for you when you need them.

More like this
Hayden Panettiere Will Return For 'Scream 6': "We F*cking Won, Scream Fam"
By Jack Irvin and Jake Viswanath
Kim Cattrall Spilled All The Tea About Not Being In The 'Sex And The City' Reboot
By Radhika Menon
5 Mini Skirt Outfits To Wear, Inspired By These Brave Souls
By Avery Matera
10 Eurovision Moments That Celebrate The Weird & Wonderful Camp Extravaganza
By Sam Ramsden
Get Even More From Bustle — Sign Up For The Newsletter