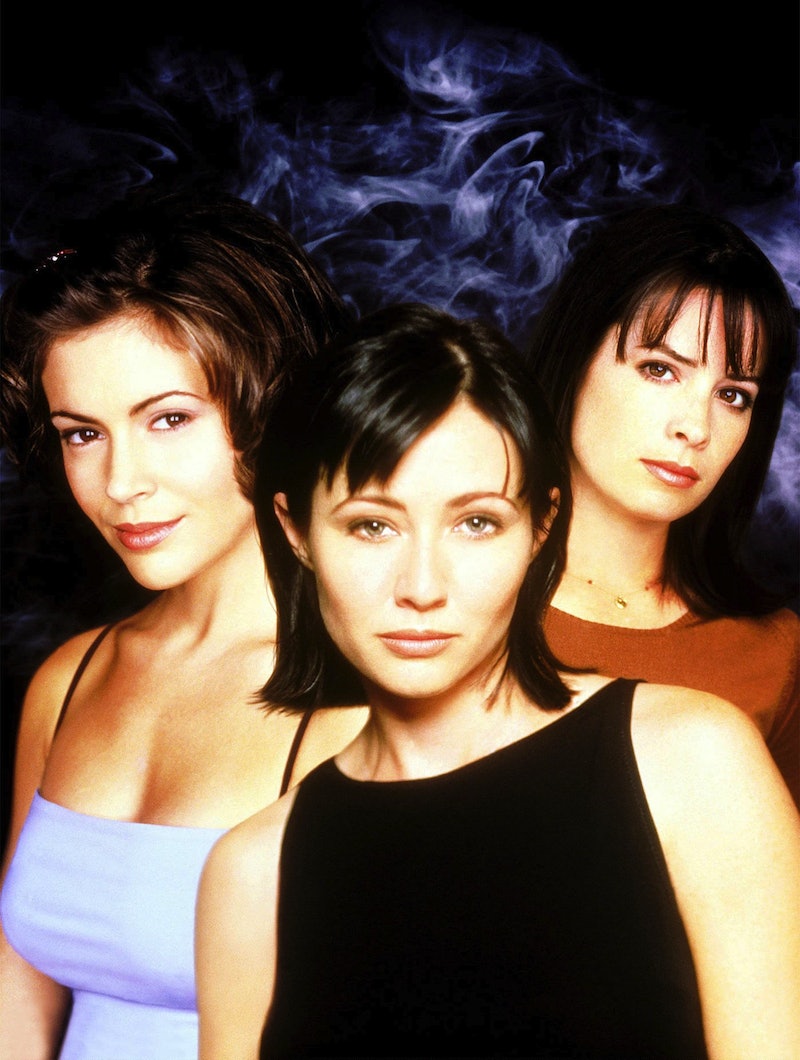 In the late 1990s, the now-defunct WB network took up real estate in my preteen heart. There was Felicity, Dawson's Creek, and the show that I still have a complicated obsession with, Buffy the Vampire Slayer. When Charmed premiered in 1998, I was quickly hooked. A part of me is still bitter about Prue (the superior sister) being killed off because of the tempestuous disagreements between Alyssa Milano and Shannen Doherty and behind-the-scenes drama. There were rumors of a Charmed reboot last year. But for any worried Charmed diehards, there is no need to worry; the reboot was nixed soon after the announcement.

Charmed may not be considered a great show — especially not by the prestige standards of today's television — but I have great fondness for its first few seasons. That's why I decided to rewatch the first three seasons, and I was surprised by how much I still enjoyed the pilot. At its best, Charmed mixes strong female characters, intense sibling dynamics, frothy romance, and a fun take on witchcraft. It's interesting to compare the pilot episode to where the show ends up eight seasons later. Why don't we take a look back to how Charmed started all the way back in 1998?

Lori Rom was the first actress cast as soon-to-be-fan-favorite Phoebe Halliwell, but she quit after filming the unaired pilot. Milano definitely fits the role much better than Rom did. Just check out the YouTube video comparing their different takes on the character to see why it's for the best that Milano took on the role.

The Animosity Between Milano And Shannen Doherty Is Evident

Very evident. But that's why their dynamic worked so much better than it did with Phoebe's original actress.

What's wonderful about the pilot episode, and which I forgot about, was how much Doherty, Holly Marie Combs, and Milano imbued their characters with a sense of sisterhood. It was the perfect mix of sibling rivalry and genuine caring. This is why it doesn't surprise me that Doherty and Combs are still good friends to this day.

Just look at the fashion.

Charmed Gets Compared To Buffy A Lot, But It's More Like This '90s Show ...

I get why Charmed gets compared a lot to Buffy. WB ordered Charmed after witnessing the critical and cult success of the better-written Buffy take shape a year into the series. But these two shows only have a superficial resemblance. Charmed far more resembles Xena: Warrior Princess, with its mix of drama, wacky humor, intensely layered mythology, and feminism-lite vibe.

Witchcraft Is More Central In The Early Seasons

Charmed was very interested in potion-making, spells, how the badass Halliwell family line gives these sisters their powers, and legit Wicca terminology. But in the later seasons, as mystical beings were introduced, the show moved away from witchcraft as a central theme, and had the sisters rely more on their increasing powers sans intricate spells and potions.

Rewatching the pilot made me realize that Charmed wasn't always a cheesy, love-obsessed show more interested in fantastical creatures than the witchy sisterhood at its center. The pilot mixes a compelling dynamic of sisters reconnecting and finding out their true calling.

Demons Aren't The Only Issue For These Sisters

These women have a lot of dating issues. The first few seasons find a balance between modern womanhood and the sister's lives as witches. But somewhere around Seasons 4 and 5, the show tips over into caring much more about the drama that comes from the men in their lives, rather than how the sisters relate to each other.

Love Is The Main Theme

At it's heart, Charmed was always about love between sisters and true romantic love.

The Show Lost A Lot By Killing Prue

Charmed definitely lost something when the big sister went to the great beyond. While a lot of people blamed Milano for Doherty being fired, it had much more to do with other behind-the-scenes tensions. Doherty felt that the show could be better, and wanted it have more depth — going for a darker tone while keeping the theme of sisterhood intact.

The powers that be behind the show weren't keen on her demands and fired her. They felt that they could lose her, since Milano had the fanbase. The other person who left the show when Doherty did? Series creator and writer Constance M. Burge. Charmed got pretty bad in its last few seasons, and I can totally understand where Doherty is coming from. It was a fun show that never really amounted to much and lost track of its core theme, instead becoming obsessed with increasingly soapy plots and the sister's love lives, rather than their own sense of sisterhood, in the five seasons that followed after Prue died. Even then, I still have a soft spot for Charmed, and that recommend you to fire up Netflix to watch the show. Just stop around Season 3, for your own sanity.