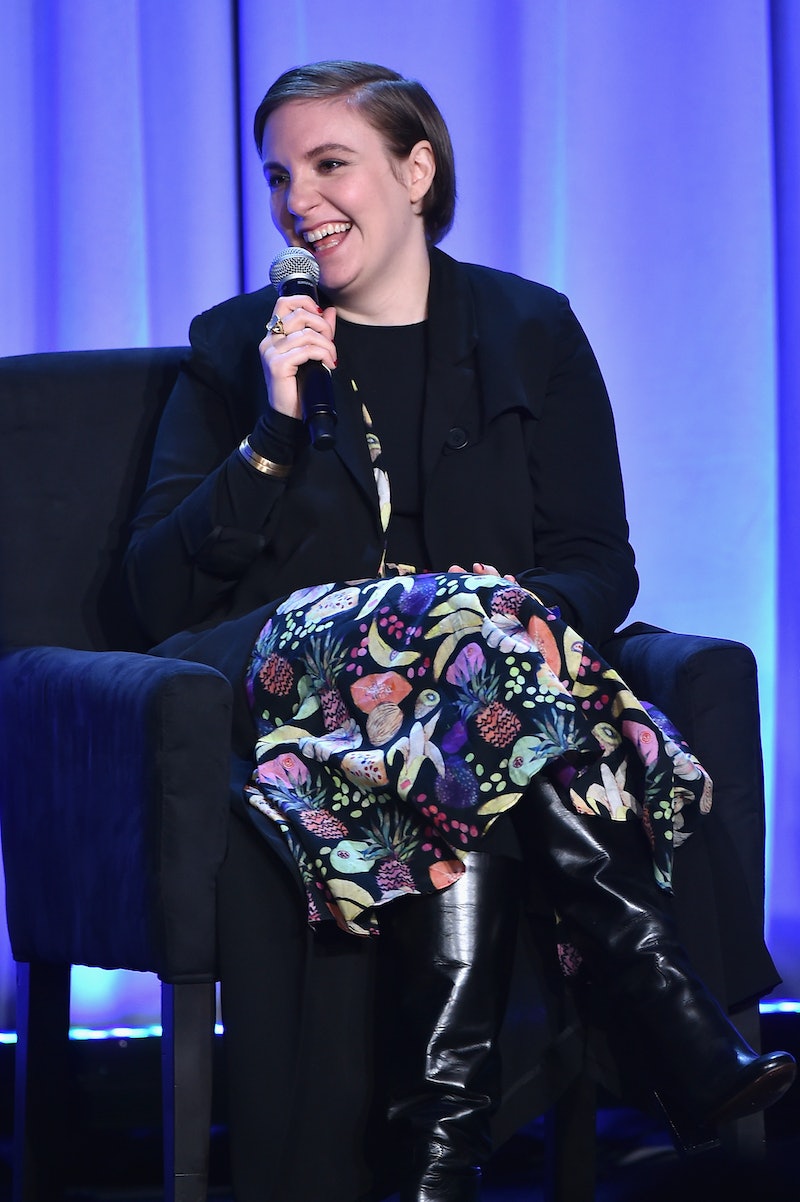 Well, this is one way to shake things up in the best possible way and no, this is not an "OMG! This celeb is unrecognizable on this mag cover" type of post! Writer/actor/gamechanger Lena Dunham covers Paper in androgynous fashion, rocking both nail polish and a pencil-thin mustache. Yes, it's totally obvious that it's Dunham... but different. The black and white image is stunning; I even like it more than Dunham's doe-eyed and Twiggy-lashed Harper's Bazaar cover from late last year. But this cover is also everything. Like literally.

It's masculine. It's feminine. It represents the complexity of duality and how all of us can be a little bit of both without sacrificing who or what we are or requiring a definition.

It's sexy. It's stark. It's classic. It's modern. It asks a few questions. Therefore, the shot hits on all the points that cause a photo to earn iconic status. Like pretty much everything Dunham does, this cover styling had a purpose and that's what makes it so important.

It effectively captured both sides of Dunham and demonstrates who she truly is. Girls is her show on all levels. In the caption, Dunham notes that her dream was "to be photographed like the old-timey director man I am inside." It was perfectly executed and Dunham got to wear custom Sonia Rykiel as part of the concept.

In the shot, she is tough but vulnerable and reminds us that she is a woman making her mark in a predominantly male field. We don't have to be 100 percent one or the other when it comes to gender constructs, either. There's nothing wrong with culling influence from both spheres.

Dunham's Paper cover serves to remind us that gender fluidity is such a beautiful thing because it allows us to loosen up and let go of some of the rigidity that defines the concept of being male and female. Of course, she is using old school fashion to help her make that point. She is not one to follow trends or to keep with the Kardashians or Jenners when it comes to style and she doesn't need to. Dunham always does her own thing and makes an unforgettably sharp point. This cover is further evidence of that.

But at the end of the day, aesthetically, Dunham looks amazing. I can't stop looking at the picture because it's so throwbacky and I hope my eyes are as expressive as hers are.