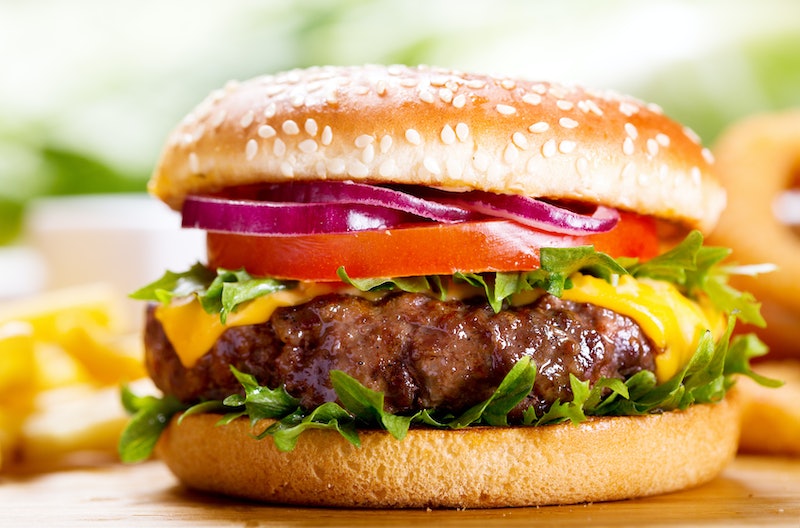 If you thought your life was weird, you're off the hook, because a man just had his name changed from "Simon Smith" to "Bacon Double Cheeseburger," becoming a solid contender on the list of the most unusual legal names ever. Feel better about yourself? Apparently the artist formerly known as Mr. Smith, who hails from the UK, figured after an evening at the pub, "Hey, why not change my name to my favorite menu item at Burger King?" The really concerning part is that his fiance is now the future Mrs. Cheeseburger, if she decides to take his name — not that she has to, of course, but whether or not she's OK with being Mrs. Cheeseburger might factor pretty strongly into her final decision.

I know he's not the only person with a strange moniker out there, so I set out to search every dark corner of the Internets for the most bizarre legal names I could find. Some of these names make me wonder how these people take themselves seriously whenever they have to introduce themselves; then again, maybe that's the point: That we all need to have a sense of humor not only about ourselves, but also about what we call ourselves.

You're likely already familiar with some of the most unique celebrity baby names — they get a decent amount of press. Sylvester Stallone named his son Sage Moonblood; Jason Lee named his kid Pilot Inspektor; and Busy Phillips has two daughters named Birdie and Cricket. But this is just the tip of the iceberg; it gets weirder than that. A lot weirder. I bet you didn't know that these people even existed.

I can't make this stuff up. Assman was a petrol station owner in Saskatchewan who actually reached mini-celebrity status due to his rather, um, unique name.

Heads up: Don't visit the site if you've got an uneasy stomach! A teen (formerly Jennifer Thornburg) in North Carolina changed her name to this website to protest animal dissections in schools.

Aside from the Queen, he's the only person in the UK allowed to wear a crown in their passport photo. Why? For religious reasons. He believes he's a reincarnation of King Arthur. (P.S. His original name was John Rothwell.)

Tyler Gold legally changed his name to help with his recognition as an entrepreneur. Mission: accomplished.

One day, Glastonbury teen George Garret got bored, so he did this.

Dan Miller wanted to spice things up, so he turned his name into a whole experience and added the quotes. Now, his legal first name is "'The' Dan." Remember that.

Yep, that's a name. A Chinese couple gave it to their child because it's something that the whole world uses, and translated into Chinese, it means "love him."

More like this
Meet The Disney Imagineer Bringing 'Guardians Of The Galaxy' To Epcot
By Charlie Mock
Remember These Ancient Pieces Of '90s Tech?
By Lucia Peters and Emma Carey
11 Trends From The ‘90s That Made You Feel So Cool
By Julie Sprankles
Starbucks’ Chocolate Cream Cold Brew Tastes Like This Retro Candy
By Emma Garza
Get Even More From Bustle — Sign Up For The Newsletter