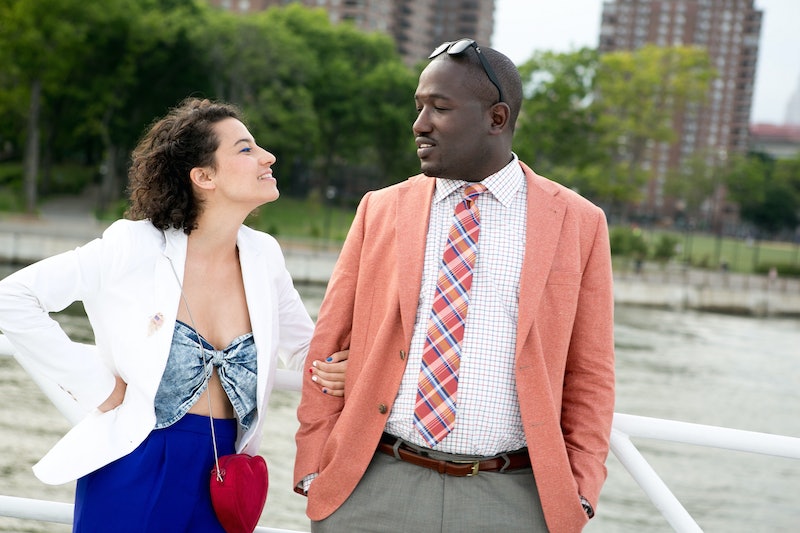 No matter how female-centered the movement may seem sometimes, body positivity truly is for everyone. Many women have grown used to hearing awful things about their bodies on the daily, but the anti-body positive comments that men hear are arguably just as valid an issue. Body positivity is about acknowledging and celebrating all bodies, which means including those who identify as male.

A lot of negative comments that men deal with are also just as insulting to women sometimes. "You throw like a girl," for example, is a phrase deeply rooted in sexism for all genders.

Body positivity and feminism are undoubtedly linked, and just as feminism will inevitably help men, so too will body positivity. This is why we need to be aware of the impact and meaning behind the things we say, even throwaway phrases that we didn't intend to mean anything at all. Whether it's a body shaming comment towards a woman or towards a man, all non-body positive language needs to come to an end, for everyone's benefit.

So if you ever catch yourself saying one of these common remarks to a man in your life, please think about the potential toxicity in your words.

This is one I've heard thrown around by elementary school teachers when they need help moving things around. Not unlike the suggestion that women are less than capable of moving a couple of desks, implying that all men should by nature be "big" and "strong" is inadvertently shaming those around you.

As well as being arguably transphobic, this comment shames men who just don't grow facial hair in the ways that have grown highly appreciated in this era of hipster beards. Nobody's "less" of anything because of their body hair, thank you very much.

Referring to a man's chest as "moobs" or "man boobs" isn't just a bit fat-phobic. If you pay close attention to the language, the negative association with a female body part also reads pretty sexist.

This one can feel like a backhanded comment that shames men's clothing choices by trying to enforce strict gender binaries upon them.

This might sound like a positive message that helps men feel comfortable when wearing a "female," color but the concept of a "real" man (like that of a "real woman") is damaging. Anyone who identifies as a man is a real man, regardless of what he's wearing.

This statement and those similar are playing into the idea that men need to be tall and ripped in order to be proper men, which simply isn't true or fair. Just as we have to fight fat-phobic language against men, we should do the same against skinny shaming of men.

What does that even mean? All men are men. These sorts of phrases are seemingly trying to revive old gender roles that should've been thrown out ages ago.

9. "You're overcompensating for something."

As funny as they might be in the moment, small dick jokes aren't acceptable when you think about their potential to cause crummy self image in our "size matters" obsessed world.

Imposing strict rules like this onto your dating life just means you're missing out on a hell of a lot of great potential dates. Your loss.

I don't care if a man's in a pink ballerina costume, an ass-length blonde wig, or eight-inch heels. If he's calling himself a man, he's a man. There's no limit on how feminine a guy is allowed to be.

Although it's easy enough to see the negativity in these kinds of comments once they're written out on a list, I know for a fact I'll probably still slip up and accidentally say one or two from time to time. But as long as you can recognize your mistake and apologize for it, particularly if the person seems distressed, I think that's OK. Being aware of the body shaming in our society makes a huge difference and is the first step towards change.

More like this
What’s The Kibbe Body Type Test That’s All Over TikTok?
By Marilyn La Jeunesse
Here's How To Practice Self-Love In Small Ways Every Day
By Mackenzie Sylvester
M.A.C. Is Launching An ’80s-Chic Stranger Things Makeup Collection
By Olivia Rose Ferreiro
Bustle Newsletter: May 6, 2022
By Stephanie Talmadge
Get Even More From Bustle — Sign Up For The Newsletter