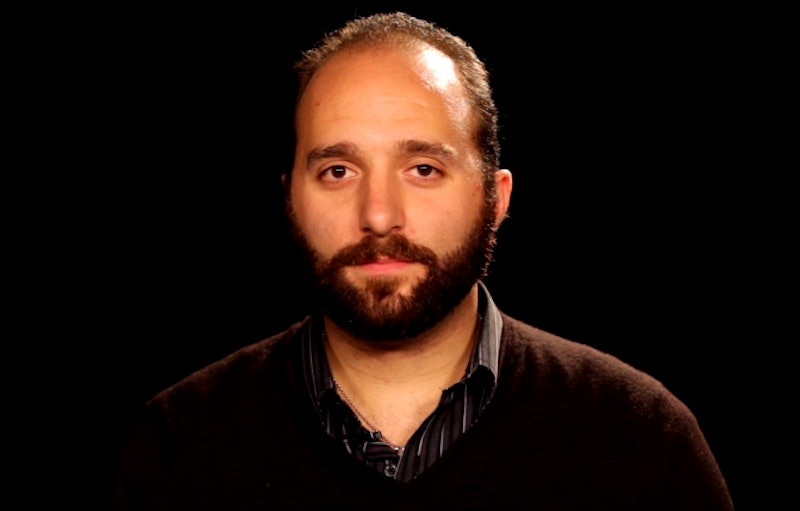 As much as women need feminism, the patriarchy hurts men, too — and nothing makes this clearer than the Huffington Post's recent video, "48 Things Men Hear in a Lifetime (That Are Bad For Everyone)." Like its companion piece, "48 Things Women Hear in a Lifetime (That Men Just Don't)," HuffPio's video tackles the subtle, everyday sexism faced over the course of a lifetime; this time around, though, it focuses on men, driving home exactly why we all need feminism — no matter how we identify.

It isn't often that you can say men are overlooked; after all, the patriarchy is set up to benefit their very existence. Women are the ones who are taught to keep quiet, to downplay their ambition, to make room in every aspect of their lives for another gender, and that's exactly why we need feminism. That being said, only in recent years have we begun to discuss why men need feminism as well — but even in a relatively short time, it's become clear that the patriarchy ultimately cuts both ways: For every girl who's told she should be more interested in makeup and romance novels instead of monster trucks and water guns, there's a boy forced to stop playing with dolls because his parents worry that it's "weird." For every young woman pressured to stay "pure" until marriage, there's a young man seen as a slave to his sex drive. For every woman who's expected to start a family early, there's a man who's ridiculed for being a stay-at-home dad.

Such demands may seem innocuous on their own, but over the course of a lifetime, they paint a picture of a society where gender equality is more of a dream than a reality. Take a look at 10 sexist things men hear over the years below, and watch the Huffington Post's video for all 48.

While little girls are told they shouldn't be interested in trucks and action figures, boys are told they aren't allowed to play with "feminine" toys. So begins a years-long indoctrination into the gender binary.

Who knew just three words could exemplify the patriarchy so perfectly? Women are allowed to express their emotions freely — in fact, we're taught that we're ruled by emotion — yet men are forced to tamp down their feelings, even when it's unhealthy to do so.

Women aren't the only ones expected to conform to rigid beauty standards.

While women are slut-shamed for controlling their sex lives (or labeled as prudes if they choose not to have sex), men face the opposite problem: Being reduced to slaves to their sexual needs.

Considering that men are encouraged from birth to treat women as disposable sex toys, it's no wonder that they often grow up to treat them that way.

Being told to "man up" is just another symptom of a society that devalues supposedly feminine characteristics — and the men that display them.

7. "Do You Mind That She Makes More Money Than You?"

Such questions imply that men should feel emasculated by their significant other's income. Not only does this shame them for not being "manly" enough in their relationship, it also perpetuates the idea that men should always be the breadwinners, a standard that simply isn't true anymore.

Even in the modern day, childcare is largely seen as a feminine pursuit. Consequently, the men who challenge gender norms by choosing to take care of their children are seen as emasculated. Make no bones about it, though — there's nothing "just" about being a stay-at-home parent.

9. "All Men Cheat. They're Just Programmed That Way."

Some cherish the times before feminism "ruined" masculinity, claiming that gender equality has brought about worldwide emasculation. However, it's clear that such rigid standards of masculinity were toxic for everyone. Isn't it time we create a new definition of masculinity that celebrates individuality? After all, it isn't just women who need gender equality. It's everyone.

More like this
Wimbledon Alters All-White Kit Rule Amid Candid Period Discussions
By Catharina Cheung and Rachel Mantock
Iran Has Issued A Death Sentence Over Mahsa Amini Protests
By Catharina Cheung, Darshita Goyal and Maxine Harrison
Are Sagittarius & Sagittarius A Good Match? Astrologers Weigh In
By Kristine Fellizar
Amanda Gorman Shared A Powerful Message On Meghan Markle’s Penultimate Podcast
By Darshita Goyal
Get Even More From Bustle — Sign Up For The Newsletter