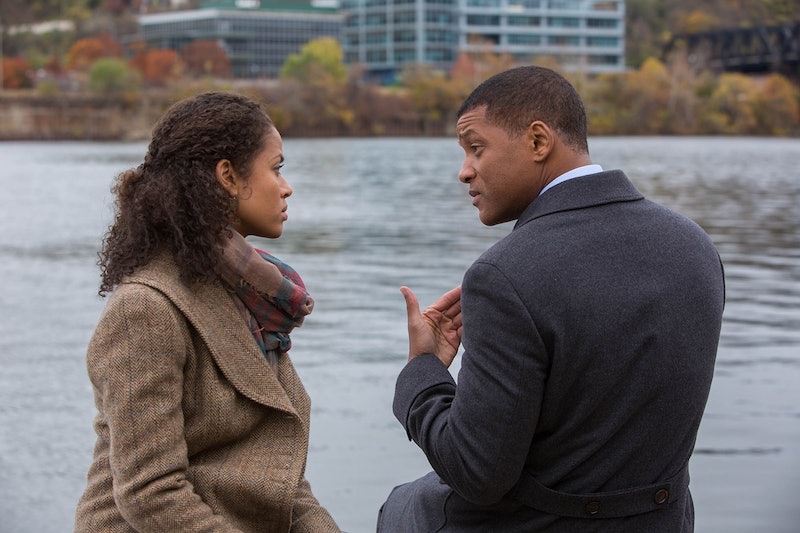 When the Academy of Motion Picture Arts and Sciences failed to nominate any people of color in the four Oscar acting categories for the second year in a row, it re-ignited a firestorm of protests. Although initially (and impulsively) these protests were aimed at the Academy itself, they have evolved over the past month into a conversation about the lack of diversity in the film industry as a whole. Now UCLA has chimed in on the conversation, with a report published by the Ralph J. Bunche Center for African American Studies that points out that diversity in Hollywood isn't just an issue of "fairness"… it's also a simple matter of money.

According to the 2016 Hollywood Diversity Report, "films and television shows with casts that roughly reflect the nation’s racial and ethnic diversity, on average, posted the highest box office and ratings numbers." The report, which analyzes the films and TV shows through the year 2014, found that "people of color purchased 46 percent of all movie tickets sold in the United States" — this, despite the fact that people of color only made up 37.9 percent of the country's population two years ago. In the case of one of the year's highest-grossing films, Transformers: Age Of Extinction, people of color accounted for a staggering 60 percent of ticket sales.

However, the report also found that, of the 163 films from 2014 that were part of the study, people of color only accounted for 12.9 percent of lead roles — a number that was actually significantly down from the two years prior, 2013 (16.7 percent) and 2012 (15.1 percent). This means that racial minorities "were underrepresented by a factor of nearly 3 to 1 among lead roles in the films examined," according to the report.

Race wasn't the only aspect of diversity studied, either. Gender was also taken into account, with the dismaying result that women only accounted for 25.8 percent of lead roles in the films of 2014 — once again down from the two previous years, 2013 (26.4 percent) and 2012 (30.8 percent). "Because women constitute slightly more than half of the U.S. population, they were underrepresented by a factor of about 2 to 1 among leads for the films examined," the report concludes. If people of color are buying almost half of the movie tickets in the entire country, then why are they only starring in 13 percent of the movies? What accounts for this tremendous disconnect?

Dr. Darnell Hunt, chairman of the Bunche Center, lays the blame directly at the feet of the "white males who dominate positions of power in this lucrative yet risky industry," who are "motivated to make what they perceive are safe choices that will serve their own personal interests." He goes on:

Rather than share the power to develop and greenlight projects with others who look more like the emerging America, they continue to produce more of the same, denying increasingly diverse audiences the content they crave. Institutional interests thus suffer as billions [of dollars] are left on the table.

If anything is going to make Hollywood executives see the light, it will be that last bit of Dr. Hunt's statement. Where demands for equality and appeals to fairness have failed, perhaps the lure of cold hard cash will succeed. Obviously, "money" is not the only reason to diversify our entertainment industry — it certainly isn't the most noble one — but, the truth is, it may be the only one that works. Perhaps this report and others like it (including the Comprehensive Annenberg Report on Diversity from USC's School for Communication and Journalism) will help studio heads see that what they fear losing is exactly what they stand to gain by increasing diversity in their films: money.

Hollywood may be slow to change. In fact, it may even move backwards at times, as Dr. Hunt's report illustrates. But that doesn't mean progress can't be made. And if it takes the loss of "billions of dollars" to persuade movie execs to finally get on board with our country's increasingly diverse demographic, then so be it. In the end, their loss will be our gain.

More like this
Twitter Is At Odds Over Taylor Swift’s Possible ‘All Too Well’ Oscar Run
By Brad Witter
Charlene White & MPs Lead Tributes For Bristol Bus Boycott Organiser Roy Hackett
By Sam Ramsden
Gassed Up Promises All Things Action, Risk, & Redemption
By Frances Stewart
UK Black Pride 2022 Just Broke A Major Record
By Sam Ramsden
Get Even More From Bustle — Sign Up For The Newsletter