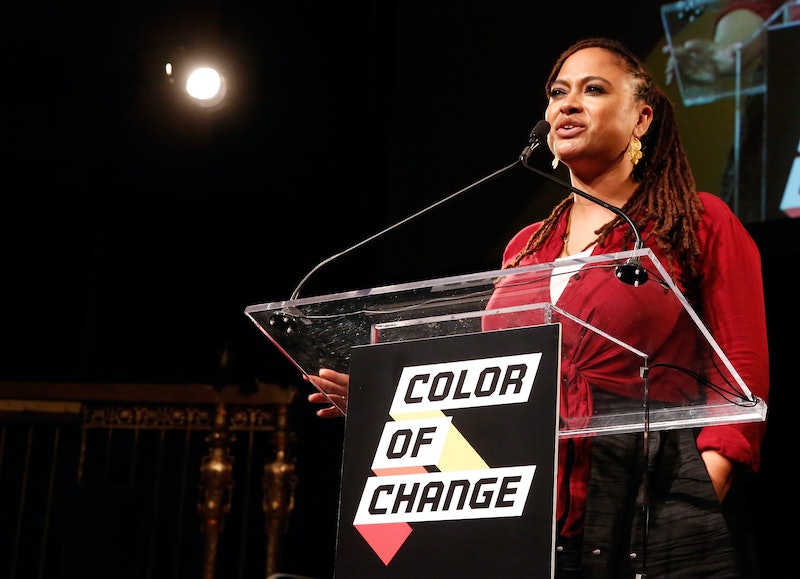 Just in time for the Oscars, Dr. Stacy Smith of the Media, Diversity, & Social Change Initiative from the University of California Annenberg released the Comprehensive Annenberg Report on Diversity (CARD) on Monday. The impressive and exhaustive study, according to Professor Smith's press release, paints an objective and bleak portrait of the lack of diversity in 2014-2015 films and television series. The most notable departure from, and update to last August's study, is the inclusion of television and streaming networks as a response to the question, "But aren't things better in TV?" (Spoiler alert: No). According to Professor Smith: "This is no mere diversity problem. This is an inclusion crisis" in the "entertainment ecosystem," and uses more appropriately strong, indicative language, including words like invisibility and erasure.

Besides the stark portrait that the numbers themselves present, this shift in language is crucial and more urgently calls for action against a year that was sadly more of the same, and worse. It seems nothing has gotten better, and some visibility has reduced.

The Diversity CARD is a follow-up to the comprehensive 2015 study that the USC Annenberg released in August, which provided inequality statistic from 700 fictional films surveyed from 2007 to 2014.

Professor Smith noted that the study, which she was "excited to present" in all its damning glory, illustrates a drastic difference between the actual face of the American population and their exclusion from screens big and small. And the study is stunningly exhaustive indeed; per the press release, the initiative looked at:

...CEOs to every speaking character across 414 films, television and digital stories released in 2014-15...11,000 speaking characters for gender, racial/ethnic representation, and LGBT status...excess of 10,000 directors, writers, and show creators, along with more than 1,500 executives at different media companies were assessed based on gender.

Key findings from the study highlighted by Professor Smith (bold emphasis my own):

Besides the cold, hard and sad facts, the most interesting difference from last year's study in my opinion is one in language. In big bold letters, Professor Smith warns: "this is an inclusion crisis." It's likely she borrowed the language from director Ava DuVernay when she recently said during a luncheon at Sundance Film Festival, "Everyone wants to talk about diversity," she told the New York Times. "I hate that word so much." She went on:

I feel [diversity] is a medicinal word that has no emotional resonance, and this is a really emotional issue. It’s emotional for artists who are women and people of color to have less value placed on our worldview.

And as the inimitable Viola Davis once said in the Emmys speech heard round the world, "The only thing that separates women of color from anyone else is opportunity. You cannot win an Emmy for roles that are simply not there."

This change in language is necessary as Hollywood continues to fail people of color, women, the LGBT community and every other possible underrepresented minority. Who are these stories for? Words like "inclusion" have more concrete opposites than "diversity," and these antonyms reflect the complicity, apathy and responsibility of Hollywood in whitewashing everything. "Inclusion" means there is exclusion; "invisibility" of some means skewed misrepresentation of white faces and stories; "erasure" begs the question, who is doing the erasing?

The study is another damning lens through which the Oscars will certainly be watched this year. The 2016 Academy Awards, airing this Sunday, February 28, are the whitest since all the way back to last year. #OscarsSoWhite could probably shut Twitter down during the broadcast, and I for one (though I know I'm not alone) am looking grimly forward to host Chris Rock's monologue. Speaking of language, he is not one to mince words. When Rock hosted the Oscars back in 2005, he riffed on just how white it all was: "It's a great night tonight. We have four black nominees tonight. So great! It's kinda like the Def Oscar Jam tonight," he said, referring to nominations that year for Million Dollar Baby and Ray.

The inclusion crisis has reached such a peak that many African-American actors, directors and others in the entertainment industry are boycotting this year's ceremony. Academy President Cheryl Boone Isaacs said she was "heartbroken" by the #OscarsSoWhite nominations and responded to the crisis with an initiative to majorly overhaul the Academy standards to include more diverse members.

Thankfully, the dark cloud that is this Annenberg study had a silver lining. "The Inclusion Index for television and digital content revealed places for improvement and a few bright spots. Of the 50 tests conducted, seven Fully Inclusive and nine Largely Inclusive scores were awarded across the 10 companies evaluated on TV/digital content. The Walt Disney Company and The CW Network were the strongest performers in television, while for streaming content, Hulu and Amazon tied."

It's long past time for others to follow suit.