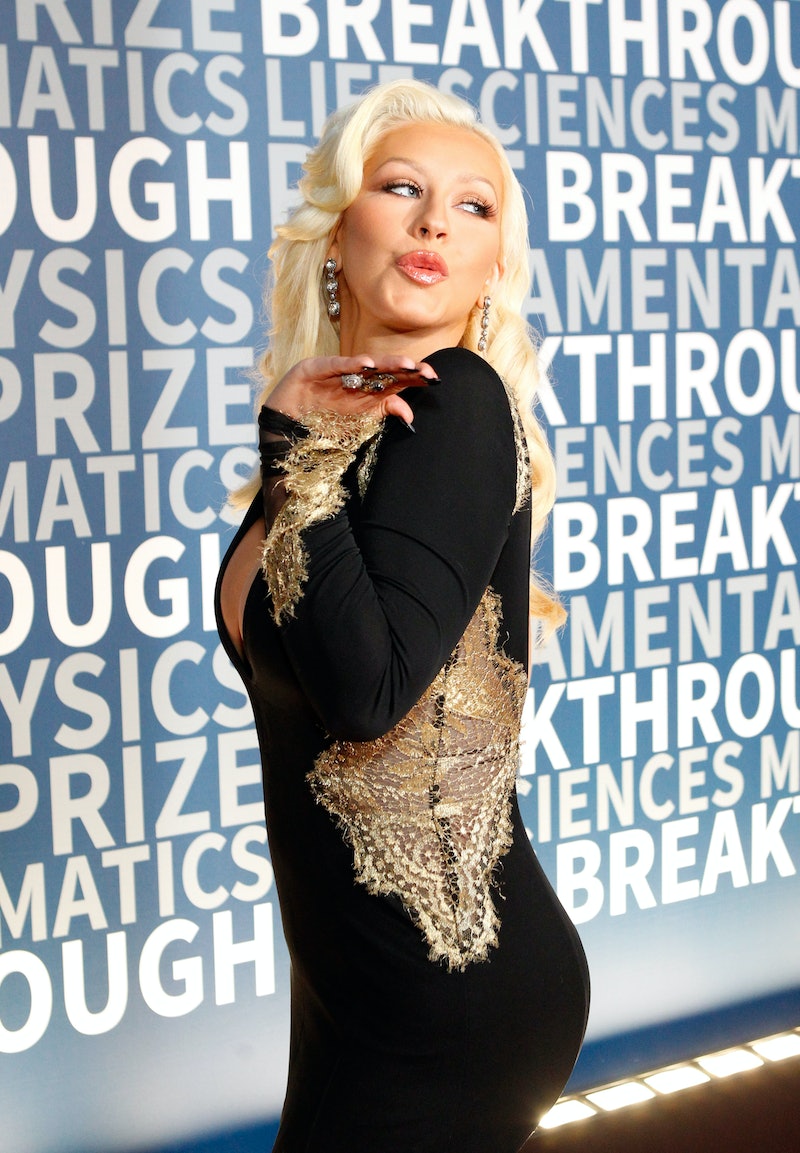 What the dickens is going on with Christina Aguilera's new album? It's hard to say. The 35-year-old diva has been giving periodic updates about the project for over a year now, but we still don't know when it will premiere. In October 2015, Aguilera told ABC News that she hoped her long-awaited eighth LP would be out by the time she begins filming live episodes of The Voice (around March or April), but now, she's singing a different (and much more vague) tune. In a recent interview with The Hollywood Reporter, Aguilera said her new album will be out "later this year, most likely." Sigh. "[M]ost likely" makes me nervous — I want 2016 to be the year of Xtina! On the bright side, though, it sounds like the recording process is going well.

When asked about the status of her new music, Aguilera replied: "I've been loosely working on it the last couple of years. But I really started toward the middle and end of last year to really buckle down and meet with new collaborators and producers, people I want to work with and people I have never worked with before. I can't say much about it yet because I want to wait until it's good and ready. I am working on it and will be ready when it can be the authentic masterpiece that it deserves to be."

Wow. An "authentic masterpiece," huh? That sounds ambitious! But I'm happy Aguilera is holding herself to high standard. As frustrating as it can be to wait for new material from your favorite artists, it's always good to hear that they're committed to producing quality stuff. Aguilera's been away for a while (her last album, Lotus, came out in 2013 and failed to launch any major hit singles), so if she hopes to reclaim her role as one of pop music's heavy hitters, her new tunes are going to need to be really, really strong. Fortunately, I think the six-time Grammy Award winner is up to the task.

I'll be sure to keep an eye out for further developments.

More like this
Becky G Once Had A Fear Of Speaking Spanish. Now She's Topping The Latin Charts.
By Tess Garcia
BTS Reveals 'Proof' Will Be 3-CD Album & Here Are The Tracklists
By Grace Wehniainen and Alyssa Lapid
Harry Styles Addresses The Theory That His New Song "Daylight" Is About Taylor Swift
By Jake Viswanath
Joe Alwyn Reacts To Taylor Swift Earning An NYU Doctorate In A Rare Interview
By Jake Viswanath and Nicole Pomarico
Get Even More From Bustle — Sign Up For The Newsletter