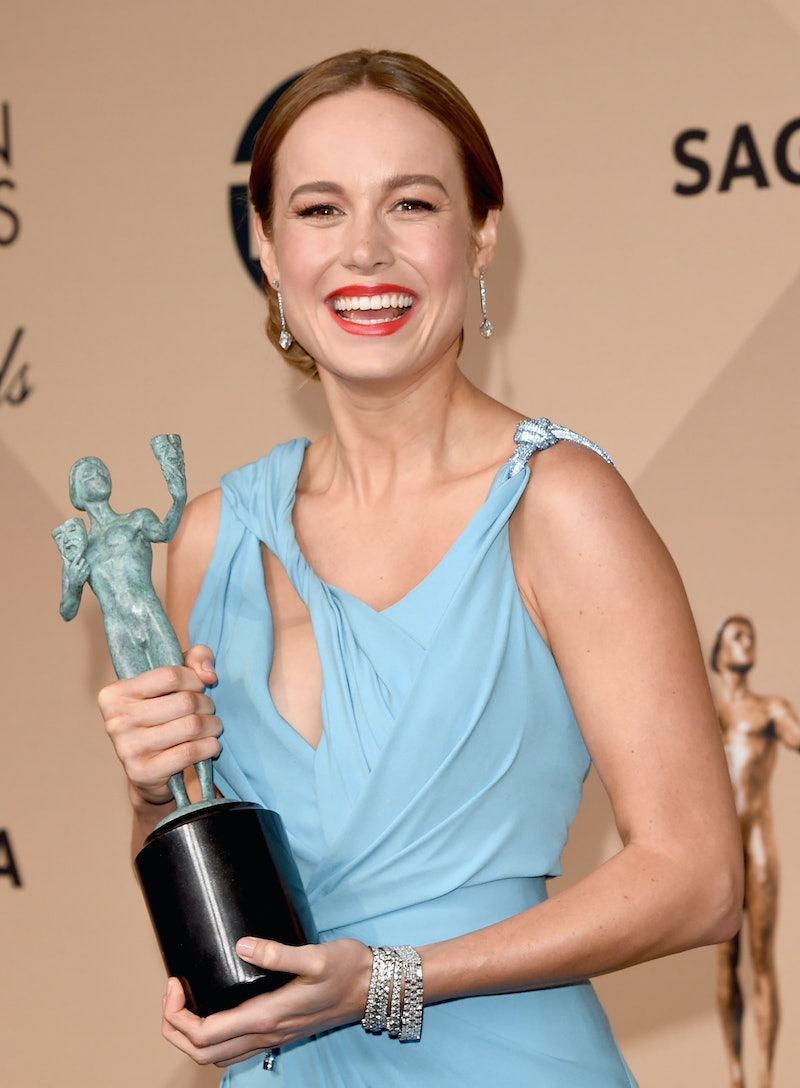 There are some celebrity couples who prefer not to overshare their relationship with the public, especially when it comes to photos on social media or taking pictures on the red carpet. And that definitely seems to be the case with Brie Larson. If you've tried to find photographic evidence of the Room actor with her boyfriend, you know that photos of Brie Larson and Alex Greenwald are hard to come by.

Neither the 2016 Oscar-nominated actor or the former lead singer of Phantom Planet have shared pictures together on Twitter or Instagram. As much as I would love to complain about the two talents depriving me of the chance to bask in the adorableness of their relationship, I get why they probably haven't shared photos of one another. Now, this certainly may not be the reason for why there are zero pictures of them on social media, but I assume they like to keep their private lives private. If that is the case, then I can't blame them.

That said, they have attended public events together. For example, Greenwald accompanied Larson to both the 2016 Golden Globes and the 2016 SAG Awards, where the 26-year-old actor won at both awards shows for her role in Room. Here is proof of the two being all couple-like:

Well, at least you now know that these two are definitely a couple. If you need further proof, during her SAG award acceptance speech, Larson gave a shout out to her man. She said, "My wonderful boyfriend, Alex. I love you so much." The camera then panned to him, where he mouthed, "I love you, too."

Soon after her SAG win, Larson spoke with Entertainment Tonight and gushed further about Greenwald. After being asked about how he supports her, she answered, "Oh man, I mean, he's the other half of the equation — how can you explain support? I mean, it goes beyond anything. He's just my person, he's my best friend."

OK, maybe I don't need any photos if she is going to talk about him like that. I mean, how sweet and adorable.

If that isn't enough, at the Golden Globes, before heading to the stage to give her speech, she kissed Greenwald. Then, while accepting her award, Larson once again mentioned her boyfriend and called him "my love." Like the adorable couple they truly are, Greenwald mouthed, "I love you," again. Seriously, their cuteness is real.

If they're going to showcase their cuteness on camera for everyone at events, then I don't need any pictures. Now let's hope they do the same at the 2016 Academy Awards, where Larson just might snag another win.