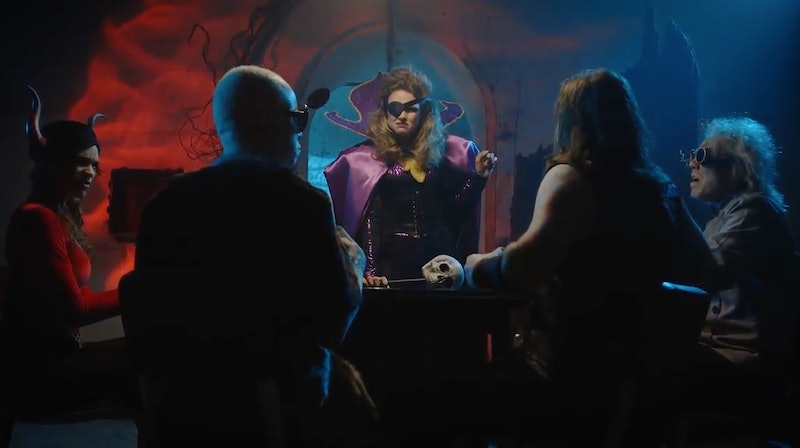 Of course, you don't need really need to look hard for evidence of just how badly we treat sexual assault survivors. Just look at Kesha, the pop artist who lost her legal battle to get out of a contract that forces her to work with the man she claims allegedly raped her. Dr. Luke and his lawyers have denied the allegations. Or look at the teenage girl whose community turned on her after she accused a boy on the high school football team of raping her. The boy admitted to having sex with the girl, but claimed it had been consensual. The girl and her family moved away after the incident; their old house later mysteriously burned to the ground. Or look at the fact that more than 50 women had to come forward to accuse Bill Cosby of rape before people started to believe that maybe, just maybe, they might be telling the truth. Cosby's lawyers have denied the allegations, although criminal charges against Cosby will be moving forward

And, sadly, this is only the beginning of the possible examples.

But the problem doesn't end with the truly terrible stories. The horrifying fact is that disrespect for victims is written into sexual assault laws themselves. It's the sort of thing that, if a villain in a movie said it, you would think, "Now that is taking things just way too far." And in fact, even their fellow supervillains would agree with you.

Here are some things that, unbelievably, are legal in many locations in the United States — and how supervillains react to them. Scroll down to watch the full video.

1. Making Victims Pay For Their Own Rape Kits

If it sounds evil, that's because it is. The Violence Against Women Act stipulates that states must provide free exams or reimburse victims for them; however, as Reason notes, the lack of details in the VAWA means that survivors may get charged for their rape kits depending on where they are.

That's right: It is the policy in several states to destroy untested rape kits after a few months. Not even a supervillain would try to avoid having a backlog of untested kits by getting rid of evidence.

3. Lack Of Access For Survivors to Their Police Report

The right for survivors to a copy of their police report is one of the things that Amanda Nguyen is hoping to achieve with her Change.org petition for common sense rights for sexual assault victims.

So hey, these villains might want to defeat Captain Brave and sink his city into the ocean, but at least they're not as evil as the people in charge of our legal system.

More like this
How To Fight For Reproductive Rights, Based On How Much Time You Have
By Courtney Young
Sandra Bullock, Girlboss Extraordinaire
By Matt Harkins & Viviana Olen
The 'Hocus Pocus' Sequel Finally Has A Release Date & It Makes Total Sense
By Shannon Barbour and Radhika Menon
Meet The Disney Imagineer Bringing 'Guardians Of The Galaxy' To Epcot
By Charlie Mock
Get Even More From Bustle — Sign Up For The Newsletter