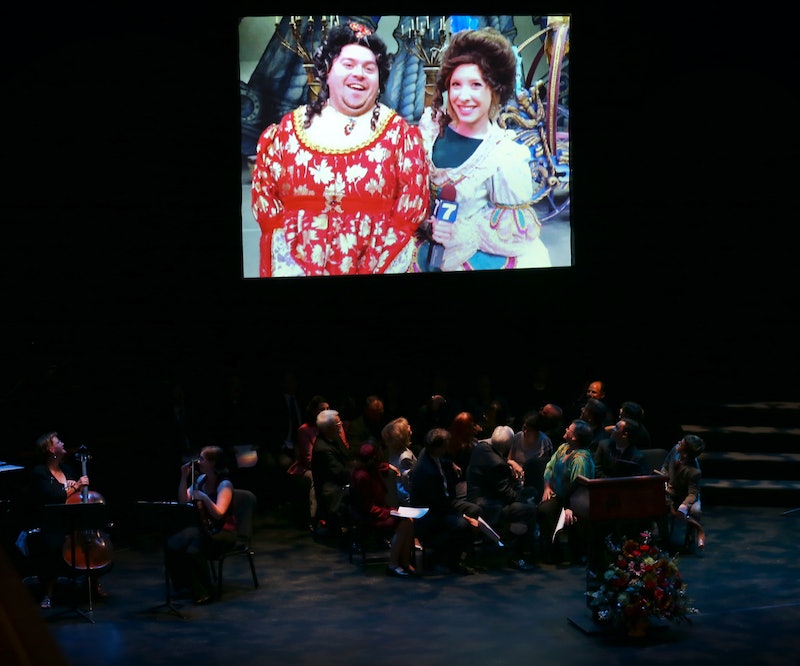 A shooting that occurred on Thursday, Feb. 25 at Excel Industries injured 18 people total, four of whom were killed, including the shooter. The troubling incident shocked the Hesston, Kansas community and the employees at Excel Industries, a company that makes things like commercial lawnmowers. As the news broke of yet another mass shooting in the U.S., it brought up a troubling reminder of another workplace shooting: Exactly six months ago, two employees of the WDBJ-TV news team in Virginia, Alison Parker and Adam Ward, were gunned down during a live broadcast on Aug. 26, 2015.

The Kansas shooting was a tragedy for the Harvey County community, but unfortunately it also proved that workplace shootings are more common than one might think. In 2014, there was a 2 percent increase in fatal shootings at a workplace, according to the Bureau of Labor Statistics. Just six months ago, WDBJ-TV reporter Parker and photographer Ward started their day as they normally would, waking up early to make a 6:30 a.m. off-site news broadcast. Parker and Ward were conducting a live interview at Bridgewater Plaza in VA. when a former coworker, Vester Lee Flanagan II, appeared on the scene and began shooting them.

Harvey County Sheriff T. Walton estimated that there could have been as many as 150 employees at Excel Industries when the active shooter — a current Excel employee — opened fired in the building.

Although Flanagan didn't go to the WDBJ-TV headquarters to carry out his planned attack, he followed Parker and Ward to an off-site location and, without remorse, shot and killed them in a work-related rage. The six-month anniversary of this horrific incident came within the same 24 hours as the Hesston, KS shooting, creating a sad reflection on gun control in the U.S.

What's most troubling about the shooting of two WBDJ-TV employees is that Flanagan, the shooter, said he was inspired by other mass shootings that occurred in the U.S. Specifically, Flanagan cited the Charleston, South Carolina shooting — in which nine people were killed at a church — as inspiration to conduct his own attack, according to Mashable.

The Excel shooter's motive remains unclear, but as an employee of the company who attacked colleagues in the workplace, it seems that it could have been work-related. If this shooter is anything like Flanagan, then he had myriad previous workplace shootings around the country to find inspiration, which places the focus on gun control in the U.S. and how we can reduce these things from happening.

In Kansas, gun laws are fairly lenient, allowing citizens 21 and older to carry a concealed weapon without first obtaining a permit. In Virginia, the gun laws are similarly lenient: you can purchase a rifle or shotgun at 18 years old, a handgun at 21 years old, and machine guns are the only firearms registered in the state.

Gun laws vary state to state, but cracking down on stricter laws (which could be as simple as registering all guns or making it more difficult to privately sell guns) could help prevent future shootings. Moreover, if any of these shooters reveal feeling "inspired" by previous mass shooting in the U.S., then we need to seriously consider how we can reduce the frequency of these incidents and stop giving future attackers further inspiration.