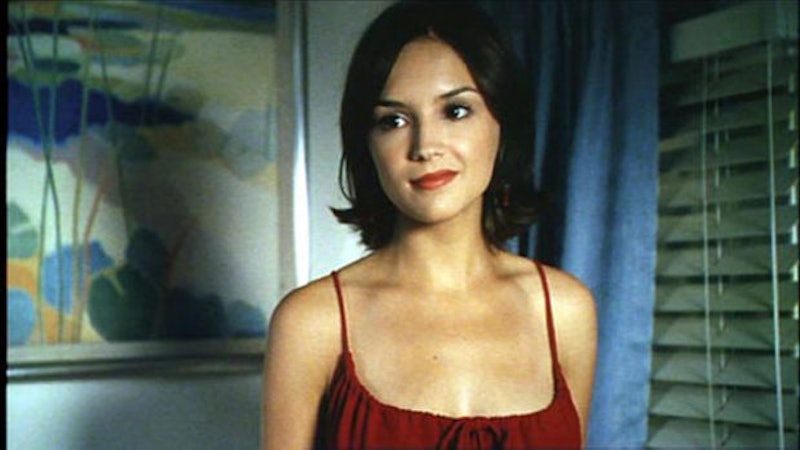 If you grew up in the '90s, you definitely loved Rachael Leigh Cook. It was just an unwritten rule of '90s life. The star of She's All That, The Baby-Sitter's Club, and Tom and Huck grew up right along with you, and all of her characters from Laney Boggs to Becky Thatcher were super relatable. Where is Rachael Leigh Cook now though? Being an amazing mom who is married to a sexy TV vampire, for starters.

In terms of family, 2015 was a big year for Cook and her husband Daniel Gillies (who fans of The Vampire Diaries and The Originals will know better as Elijah), who welcomed their second child in April. Little Theodore Vigo Sullivan Gillies joined his big sister Charlotte Easton Gillies, who is just a year and a half older than him. With two little ones running around, you can bet the Cook-Gillies household is the best kind of crazy right now.

Cook's happy family is taking priority at the moment, but the woman who stole your heart in She's All That has not put her acting career aside. While she doesn't currently have any projects coming up, she has been crazy busy since leaving her mark on '90s teen cinema. Cook wrapped up a three season stint as Kate Moretti on TNT's Perception in 2015. While the show wasn't a monster hit, it had a passionate fanbase who never tired of watching Cook's Kate harness the eccentric Dr. Daniel Pierce's (Eric McCormack) genius to solve crimes.

Even before Perception, Cook was busy taking on one cool role after another. She has provided an awe-inspiring amount of voices for her fellow former teen star Seth Green's show Robot Chicken, while also making time to guest star on Psych and film the hilarious short First Kiss With Rachael Leigh Cook & Chad Michael Murray — just two of many, many projects Cook has been a part of since she said goodbye to teendom.

If you want to get a proper look at what Cook is up to now though, you have to check out her Twitter and Instagram, where Cook reveals herself to be as caring, geeky, and wonderful as you always imagined she would be. In November, Cook was so psyched about The Baby-Sitters Club reunion at the Alamo Drafthouse she sent out a tweet in hopes of finding her old pal Tricia Joe, who played Claudia. Of course, Cook had your back and totally posted a pic of the reunion on her Instagram to prompt maximum nostalgia.

When she's not reuniting with former cast mates or tweeting funny mom stories, Cook is busy supporting all of the charities. I'm serious, I think she may be supporting all of them. A quick look at Cook's Twitter feed is all you need to see her compassionate heart at work. From spreading the word about Child Cancer Awareness and Action Against Hunger to doing her best to help Atlanta dogs find homes, Cook is a total class act.

More like this
David Schwimmer Doesn't Remember This Classic 'Friends' Episode
By Sam Ramsden
'Derry Girls' Sister Michael Isn’t As Fictional As You Might Think
By Olivia-Anne Cleary
The 'Hocus Pocus' Sequel Finally Has A Release Date & It Makes Total Sense
By Shannon Barbour and Radhika Menon
5 Mini Skirt Outfits To Wear, Inspired By These Brave Souls
By Avery Matera
Get Even More From Bustle — Sign Up For The Newsletter