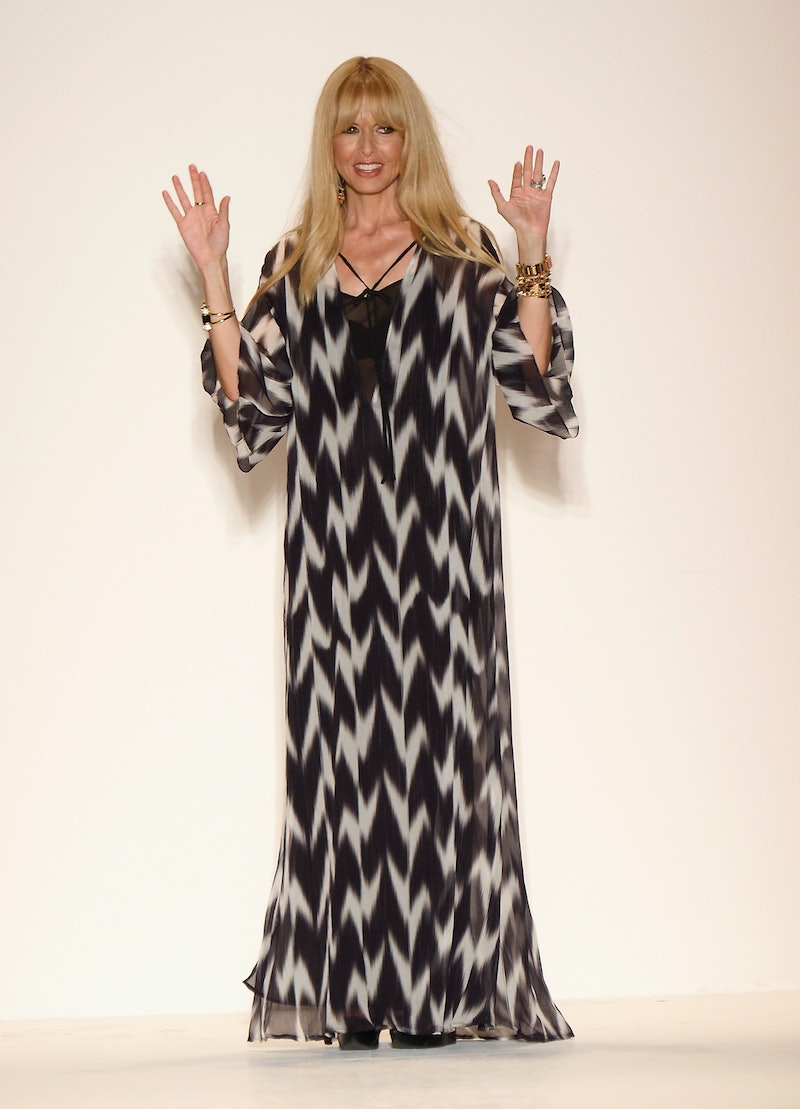 If you had your gold lamé maxi dress and floppy hat all laid out for Rachel Zoe’s Fall 2014 runway show, I have some disappointing news. Fashionista reports Zoe has cancelled her February 13 New York Fashion Week show at Lincoln Center. In her official statement, Zoe cites her commitment to newborn son Kaius Jagger Berman as the reason for the cancellation:

While I look forward to New York Fashion Week each season, I’ve made the difficult decision to move our fall 2014 runway show from Feb. 13 in New York to a later date in Los Angeles. As a new mother, my newborn son is too young to travel with me and I’m unable to leave him for the amount of time required to appropriately prepare for the show in New York.

Anyone who has seen at least one episode of The Rachel Zoe Project knows the idea of Zoe hitting the breaks because of family is a little left field of her character. Here's a woman who wore stiletto boots while nine months pregnant (as someone who has walked the burning coals of pregnancy, I am still not sure if I am impressed by this or horrified… or maybe jealous) and gave birth to her first child barely a month after previewing her Fall 2011 collection to press.Perhaps the final decision was based not only on familial obligations, but a perfect storm of issues creeping up on Zoe over the past few years.

Despite the rumors of her decline, the designer is reportedly expanding online pub The Zoe Report, and promises to return to the tents come September, so don't count her out of the picture. But if Zoe is really in such dire straits, then a pause in her breakneck pace may be the best decision for her personally and professionally.

More like this
Here Are All 703 Outfits Rachel Wore On Friends
By Kat George
Behold: The Wildest Fashion Moments of 2022
By Dominique Norman
Twitter Can’t Get Enough Of Lewis Capaldi Creating Fashion Looks For ASOS
By El Hunt
Aubrey Plaza's 'White Lotus' Outfits Give Strong Eurocore Vibes
By Dominique Norman
Get Even More From Bustle — Sign Up For The Newsletter