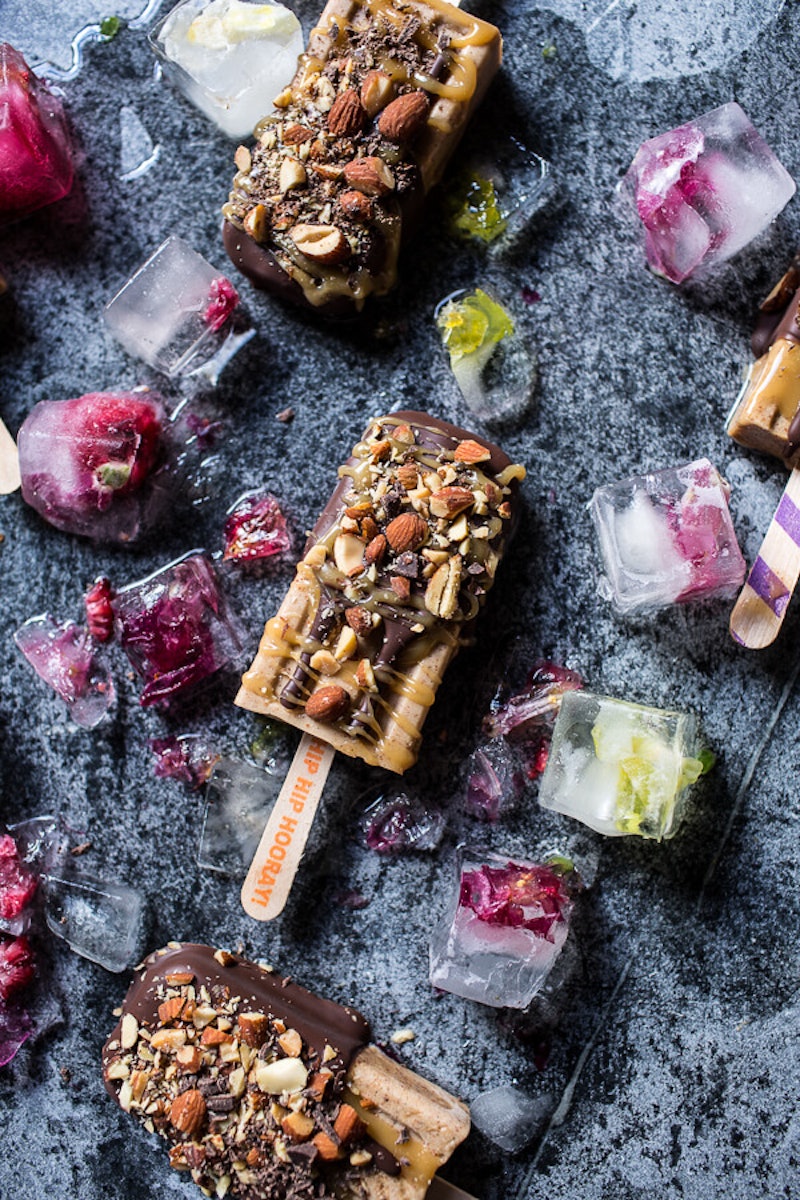 When it comes to vegan grub, many assume that meals are bland and dull. It's easy to think that the same goes for vegan dessert recipes, too. However, contrary to popular belief, eating vegan involves extremely unique ingredient combinations. Because when processed foods and ready-made store-bought ingredients are cut out, you have no choice but to be clever.

For example, avocados make an amazing base for chocolate pudding or cake. Medjool dates are wonderful for creating a fudgy consistency. Pumpkin puree, applesauce, and bananas can replace eggs and act as a binder. And we can’t forget about coconut oil, which can be used in an endless number of ways. Healthy chocolate ganache and whipped cream are just two examples.

Basically, eating vegan involves a little extra brainpower and creativity. To top it off, vegan dishes are typically healthier for you. It comes down to knowing how to work with foods so that you get the most out of them, without sacrificing nutrition.

Fortunately, the food bloggers of the web have done the thinking for you. This list of 21 vegan dessert recipes showcases mouthwatering ideas that use ordinary ingredients in extraordinary ways. Heck, even your non-vegan friends will be impressed.

For a nutritious and moist cake, take a tip from Green Kitchen Stories and use beets as the star player. The beets add the perfect kind of sweetness and texture. To top it off, you'll also get a healthy helping of folate, a nutrient that is essential for cell growth and repair.

While this specific recipe uses eggs, the post suggests swapping them out for applesauce to make it completely vegan. Yum!

While I'm talking about chocolate cake, let's look at this one by Half Baked Harvest. This simple recipe doesn't have eggs and uses coconut oil as a binder. It also features a creamy chocolate filling made with pumpkin puree and nut butter.

As we finally leave the winter season, I can't help but daydream about all the delicious ice cream concoctions. This chai-flavored recipe by Ari's Menu uses coconut milk as a base and a combination of flavorful spices. This would be amazing with chocolate syrup and bananas, traditional sundae style.

OK, so maybe it's not fall yet. But I can't help but swoon over the idea of vegan (and gluten-free!) PSL cupcakes. This one by Ari's Menu would be an excellent partner for that chai spiced coconut cream ice cream.

You may lose your breath saying the name of this recipe by Half Baked Harvest, but it's totally worth it. Aside from being vegan, these babies are also free of gluten, added sugar, and even butter.

I lied, I wasn't done with the chocolate cakes. Here's another one by Green Kitchen Stories; this time, it's made with dates for a fudge-like consistency. That chocolate avocado frosting is something special, too.

For a different way to indulge in banana bread, try this smoothie version by Ari's Menu. It uses soy milk and oats for a nutritious and filling beverage.

I absolutely love black and white cookies. And thanks to Ari's Menu, vegans can indulge along with me.

For a flavorful warm weather treat, try this ice cream recipe by Green Kitchen Stories. That fruit combo is the epitome of unique.

When it comes to making moist and tasty chocolate doughnuts, use pumpkin puree just like Half Baked Harvest. This recipe features ingredients like oat flower and and flax meal, making it the healthiest batch of doughnuts you'll ever eat.

Once you make this homemade vegan Nutella by Ari's Menu, you can use it for no-bake oatmeal balls, chewy cookies, and cake frosting. Or you can just eat it straight with a spoon... I won't judge you.

Made with cashews and coconut milk, these decadent popsicles by Half Baked Harvest are a vegan's best summer dream come true. It even has a chocolate shell made with semi-sweet chips and coconut oil.

Roasted bananas? Three ingredients? Ari's Menu is speaking my style. This is another warm weather treat that you'll want to make all year round.

Say that three times fast. Well... just kidding. Instead, spend that time making this luscious dessert by Half Baked Harvest. The Kahlua in the coconut mocha sauce is totally winning me over with this one.

With this recipe by Half Baked Harvest, you'll get so much goodness in one bite. To make them completely vegan, swap the honey out with maple syrup.

Chocolate and coconut come together once again in this recipe by Against All Grain. It's even topped off with coconut whipped cream, a much healthier version than its store-bought canned counterpart.

Chia seeds are packed with fiber, vitamins, and all that good-for-you stuff. They also happen to be the star of the show in Half Baked Harvest's parfait recipe. Ten points for healthy dessert awesomeness.

For another chia parfait concoction, try this apple crunch version by Green Kitchen Stories. Use coconut yogurt to make it vegan. Don't let the name fool you; this one will be delicious all year round.

Inspired by none other than the popular Girl Scouts cookie, this doughnut recipe by Ari's Menu is something out of the heavens.

Like pitted dates and pumpkin puree, black beans are ideal for bulking up desserts in a healthy way. Green Kitchen Stories uses this magic ingredient in a mocha mousse cake, complete with a hazelnut topping. It's gluten-free, too.

No dessert list would be complete without a macaroon recipe. This one by Green Kitchen Stories combines passionfruit, coconut, and lime for an amazing medley of flavors. Just be sure to switch out the honey for maple syrup to make this entirely vegan.

For more fun food ideas, check out Bustle on YouTube.

More like this
How Long Does Leftover Stuffing Last? Here's When To Toss It
By Chelsey Grasso and Alexis Morillo
16 Friendsgiving Recipes Your Besties Will Love
By Alexis Morillo
TikTok’s Viral Tunacado Sandwich Is The Internet’s Favorite Lunch Right Now
By Alexis Morillo
Pepsi’s Festive Flavour Is Finally Coming To The UK
By Sophie McEvoy
Get Even More From Bustle — Sign Up For The Newsletter