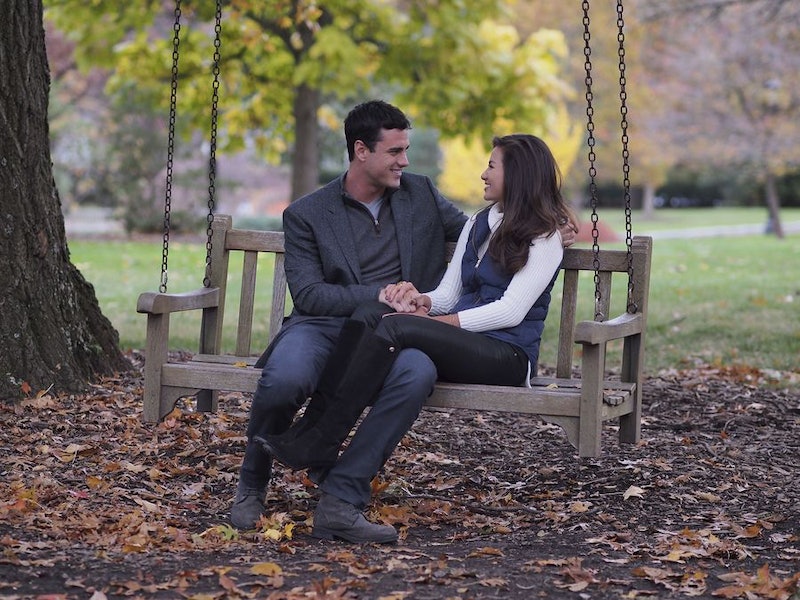 It feels like it wasn't that long ago that Ben Higgins was first meeting his women in front of the mansion, so it's hard to believe that The Bachelor is already starting to wind down for the season. There are only three women left in the running for Ben's heart — Caila Quinn, JoJo Fletcher and Lauren Bushnell — and that means one of them is walking away with a shiny Neil Lane engagement ring very soon. But it also means something just as important: One of these three women will be our next Bachelorette, as long as ABC continues the tradition of selecting a runner up as their next lead. As far as I'm concerned, I think any of the remaining ladies would be awesome in the driver's seat, but there can only be one. And if you ask me, Caila should be the next Bachelorette , and there are so many reasons why she's perfect for the job.

From everything we've seen of Caila on the show so far, what we learned about her from meeting her parents during last week's hometown dates, and everything I've gathered from stalking her on Instagram, I'm pretty sure she'd be a lot of fun to watch as the Bachelorette this May. Not convinced? Let me change your mind.

Since day one, Caila has been very straightforward about what she's looking for in her future: A man to marry and a family to start. Being that she already knows what she wants, she's perfect for The Bachelorette... since, you know, if you don't want to get married it may not actually be the best reality show for you to star in.

2. She Gives Herself Over To The Process

Participating as a contestant is way different than actually being The Bachelorette, but it does seem like she's let herself believe that this crazy, unconventional way of meeting someone could actually work, and that's important.

OK, so a lot of that emotion is crying, but I like that she's willing to be totally open and honest even though she's constantly on camera.

4. Her Family Is Adorable

That family dinner, though! Caila's mom was so sweet, although her dad is the one who stole the show. He loves her so much! And obvs if Caila is The Bachelorette

Not from her, really, because she's been pretty low key all season long, but I have a feeling with how emotional and upfront about her feelings she is, the drama from the guys would transpire on its own. She's a catch!

6. People Can Empathize With Her

Caila is pretty easy to identify with, especially if you're just looking for your Prince Charming like she is. And if she ends up with her heartbroken, a lot of people are going to identify with that feeling and want to root for her.

7. She Has Fabulous Hair

I mean, that counts for something, right?

8. She's Got That Suspension Of Disbelief Down

You can't be a jaded person and also be the Bachelorette. You have to be willing to forget all reality and truly believe that your husband is in this room, and that after just a few weeks you will decide to marry him and live happily ever after. And since Caila has been the perfect amount of naive all season long and jumped in with both feet, I think she'd be awesome at this.

Caila, I'm rooting for you! Kaitlyn Bristowe left big shoes to fill, but I don't think Caila would have a problem doing it.