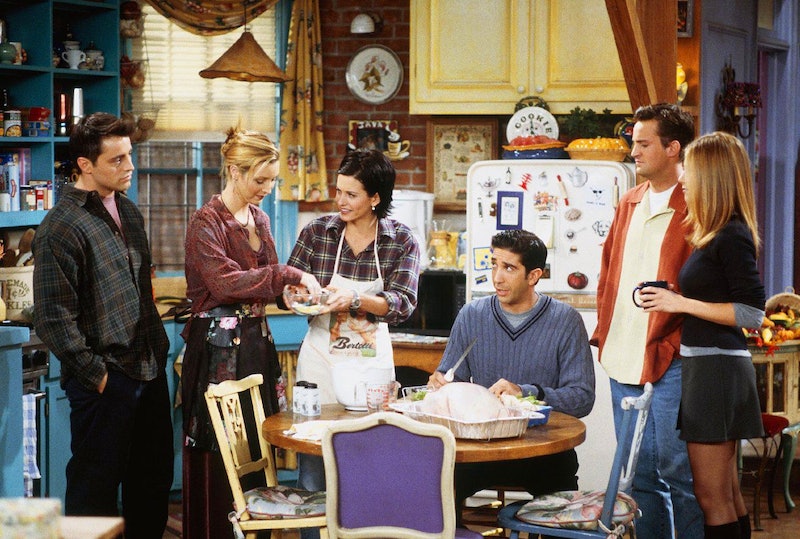 They say the grass is always greener on the other side, and growing up in the '90s was no exception. Sure, we're all super nostalgic about our rad childhoods now, but back then we couldn't wait to be older — and there were certain things you thought adulthood would be like in the '90s. In hindsight, of course, we should have soaked up every second of our Nickelodeon slime-coated youth, because being a grown up in reality isn't exactly the perpetual party we imagined it would be.

It goes without saying there's plenty to love about being an adult — I mean, we made it to this point, right? That's a win. And there are universal perks that came with growing up, like getting our drivers' licenses and learning how to shape our eyebrows. Still, it has to be said: adulthood isn't always as cool as it was looking through the lens of our '90s kid youth. After all, we kind of had it made in many ways growing up, so who could blame us for assuming adulthood would be a string of days which were the absolute best from start to finish?

Alas, life didn't turn out exactly as we envisioned it. It's not bad, per se, but it sure isn't what we thought it would be. Here are a few things we were fully expecting that didn't precisely pan out.

1. We'd Be Flying Our Cars to Work

With the rise of the home computer and dial-up Internet, the world seemed full of promise for a high-tech future. We legitimately believed we'd all be Marty McFly'ing it around on hover boards and would enjoy the kind of advancements that involve things like automated teeth-brushing-robots. Reality? We're not quite there yet, although a new smartphone does seem to drop every week — meaning I'm currently, oh, about four models behind what is considered cutting edge. D'oh!

2. Every Day Would Be a Fashion Show

In the future, we'd all sashay around all the time in the clothes our parents wouldn't let us be caught dead leaving the house in during the '90s. We'd all have closets like Cher Horowitz and would trot into work wearing funky, high fashion ensembles. Not to mention, we'd all be rocking designer duds! Adulthood was part of the exclusive club that could afford such luxuries. Only, unless you actually work in the fashion industry, work wear isn't exactly fashion-forward. Sure, you can still look stylish, but most offices aren't hip to the Carrie Bradshaw-esque outfit our dreams. And as for a wardrobe full of designer gear? Well, nowadays, toddlers can score DVF at Baby Gap while I'm still waiting to splurge on a signature wrap dress.

3. We'd Never Have to Deal with Pesky Adolescent Problems Again

No more metal mouth! No more sitting on the sink popping zits into the mirror, because — hey-ohhhhh — zits would be a thing of the past, my friend. All those years of religious Noxzema use would have paid off, and you'd have glowing Rebecca Gayheart skin. Apparently no one informed our skin it was supposed to remain blemish free for the rest of our lives, though, since breakouts are definitely still occasionally a thing (and sometimes even lead to sitting in the sink in your PJs, prodding your pores like the days of old. Except, don't pop your pimples, people. Seriously. Don't do it).

4. We'd Find Out What It Was Like When People Stop Being Polite

C'mon, admit it — what '90s kid didn't dream of being one of the seven strangers picked to live in a house on Real World? A dream which naturally included falling madly in love with Eric Nies and living out our happily ever after as the queen and king of reality television. No? Just me? Fine, the cheese stands alone.

5. We'd Hang With Our Friends All The Time

Not only would we hang onto our super cool group of friends, but adulthood would be like one never-ending chill sesh. If you didn't live with them, they'd be at your house nearly every night of the week. And during the work day, you'd always carve out time to gather at your signature spot a la Central Perk. But between jobs, partners, and potentially kids, we're lucky if we can catch up at our high school reunions every decade or so.

Being a grown up would clearly be the coolest, because you no longer had to answer to anyone. You'd have a grown-up apartment and go to grown-up parties and do, ahem, grown-up things. Fast forward to the present, when you still call your mom multiple times a week to ask about everything from a mysterious rash to cooking instructions.

7. Early Retirement Was a Sure Thing, Thanks to Beanie Babies

We didn't necessarily need to plan too far into the future, because we'd be gazillionaires as soon as we sold our massive collections of Beanie Babies and collectible Barbies. Stockpiling those guys was basically like minting money back in the day — or so we thought. Unless you had a few dozen Princess Diana edition Beanie bears lying around, though, odds are you had to get a 9-to-5 like the rest of us suckers.